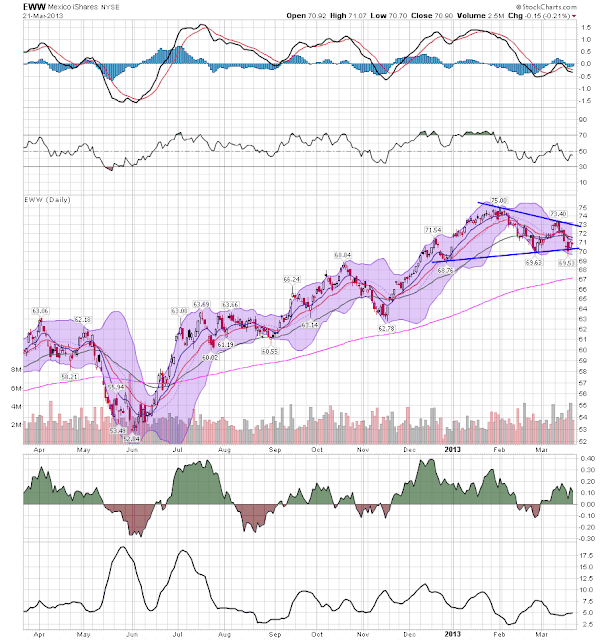 The Mexican ETF has been rallying since early July last year.  Starting at the end of the summer, the 200 day EMA started to edge higher, as it was pulled in that direction by rising prices.  But for the last three months, the ETF has been in a triangle consolidation pattern.  The declining MACD and weaker (though still positive) CMF reading show that momentum is down, but certainly not out. 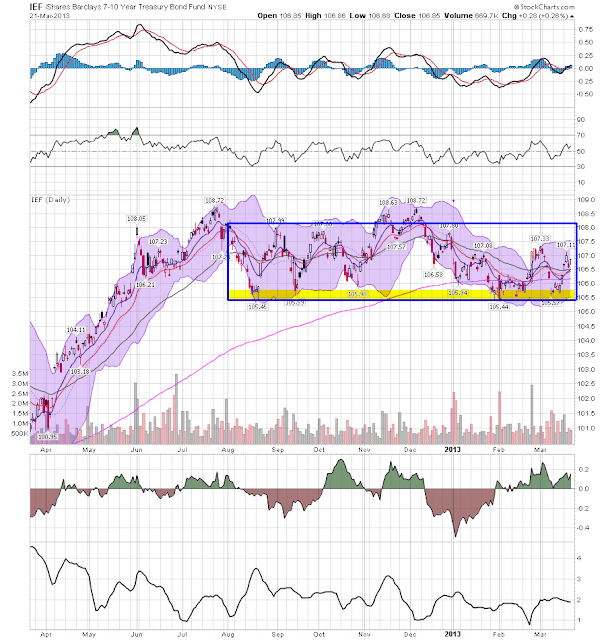 Since the end of last summer, the 7-10 year treasury ETF has been trading in a fairly right range, bound by 105 and 108. 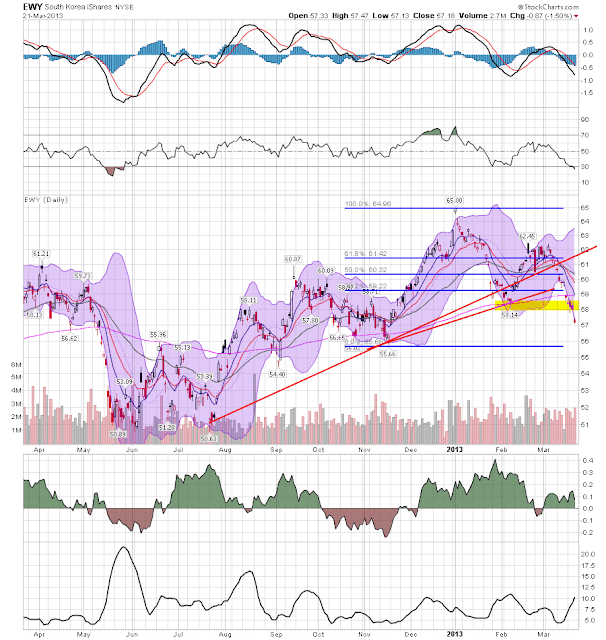 The South Korean ETF is down a little over 7.5% since the beginning of March, with prices now below the 200 day EMA.  Prices have also broken several trend lines -- one that started in late July and the second that started near the end of last year.   While the country is not in recession, it has been printing weaker GDP numbers; the recent hacking incident did not help matters.  I have a price target on this of at least 56. 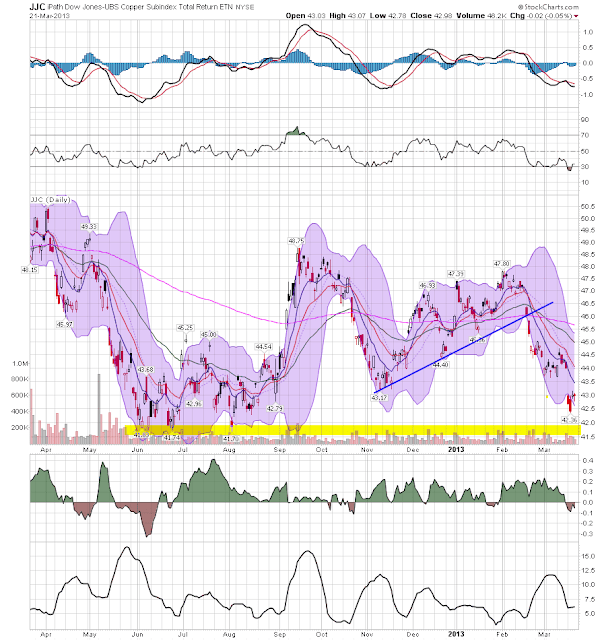 Copper broke a three month uptrend in mid-February and has been dropping ever since.  Now prices and the EMAs are very bearishly aligned with prices approaching a yearly low.  The declining MACD and CMF add to the bearishness on this chart.  I think copper will hit near its yearly lows within the next few weeks. 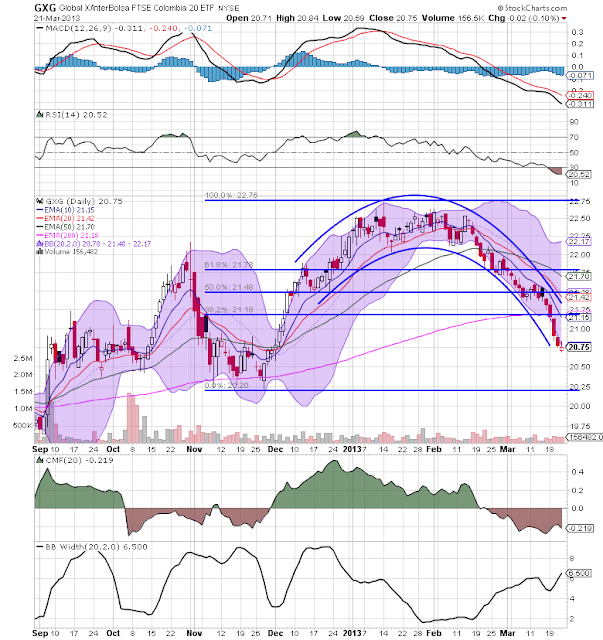 At the beginning of the year, the Columbian ETF's MACD started to move lower which was soon followed by prices.  We see a standard rounding top formation with this ETF.   Also note that prices have moved through the 200 day EMA and are approaching the recent lows of 20.25