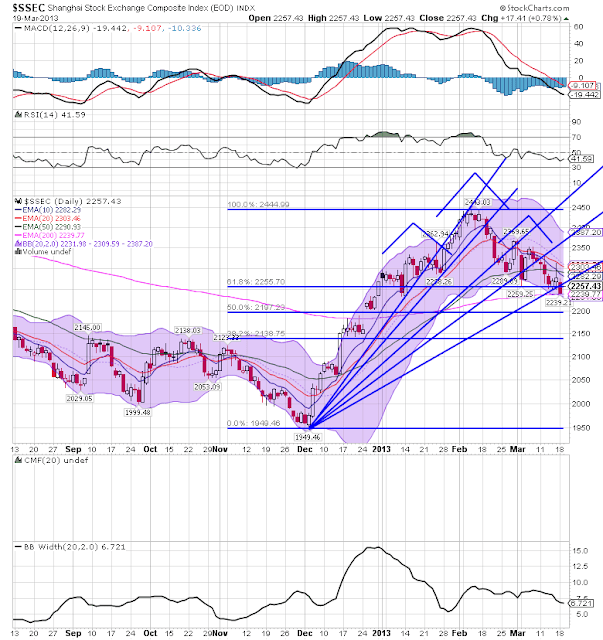 The Chinese market is at a critical level right now.  After forming a head and shoulders top over the first three months of the year, the average is now sitting on the 200 day EMA.  Prices have moved through the lowest Fib fan level although there are two other Fib levels for technical support.  Prices are below the shorter EMAs with a declining and negative MACD reading. 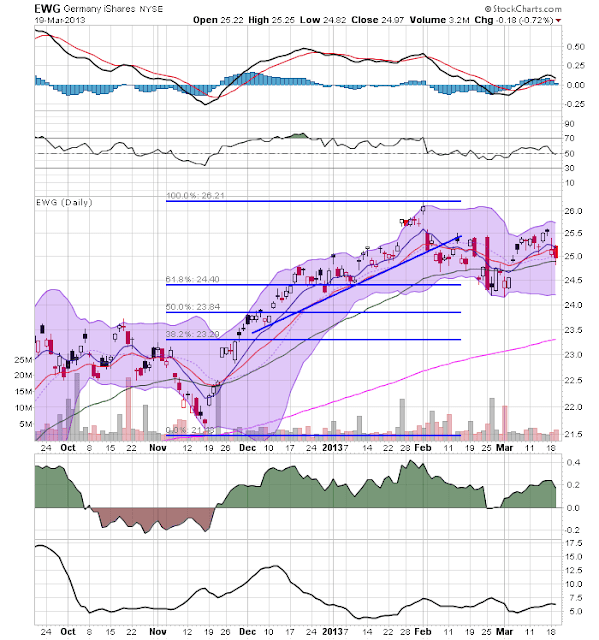 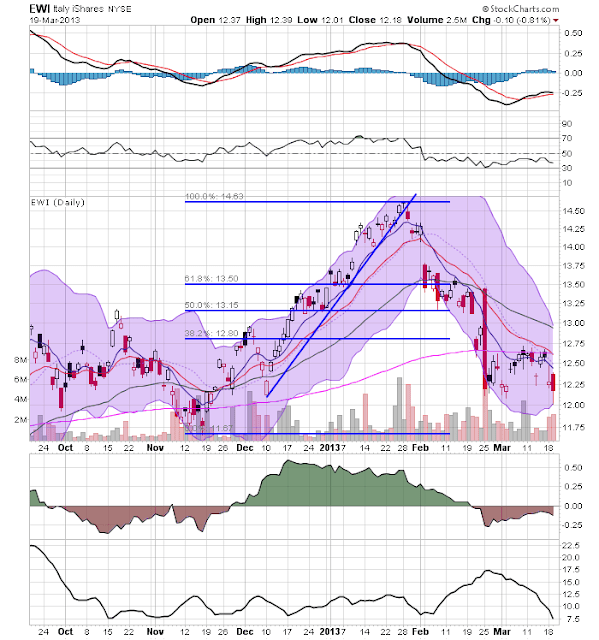 Given the situation in Europe, I thought it would be good to look at a healthy economy and a not-so-healthy economy.  Germany (top chart) has barely been effected by the Cyprus situation.  Prices formed a bearish engulfing pattern yesterday and there is a slight weakness in prices (as evidenced by the latest top being below the late January level), but prices are still in decent shape.  In contrast, we see Italy (bottom chart) where prices are already below the 200 day EMA with the 10 and 20 day EMA crossing below the 200 day EMA as well.  Although the MACD is rising, it's in negative territory and close to giving a sell signal.  The real issue with this chart, however, is it's much wider engulfing pattern. 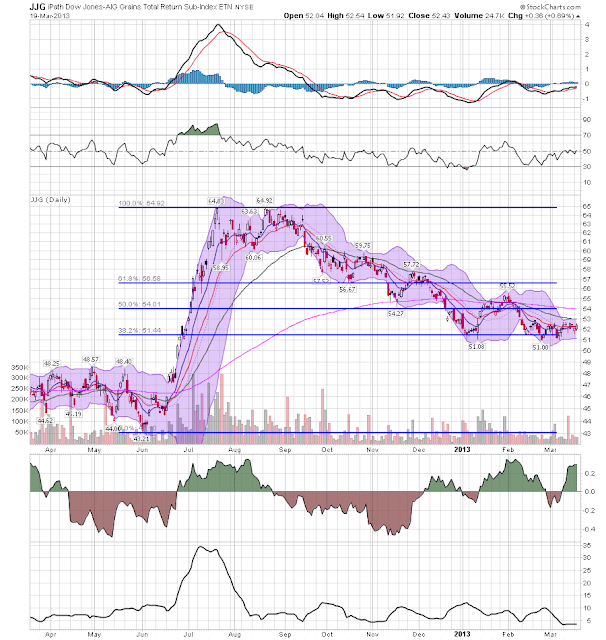 After spiking last summer, the grains complex has been meandering lower.  While prices are currently below the 200 day EMA, they are just barely negative.  They are also using the 38.2% Fib level for technical support.  Recent reports on the latest crop have been very strong; the biggest change is that thanks to a very wet winter, there is more moisture in the ground for the crop.  There are also record plantings in several countries. 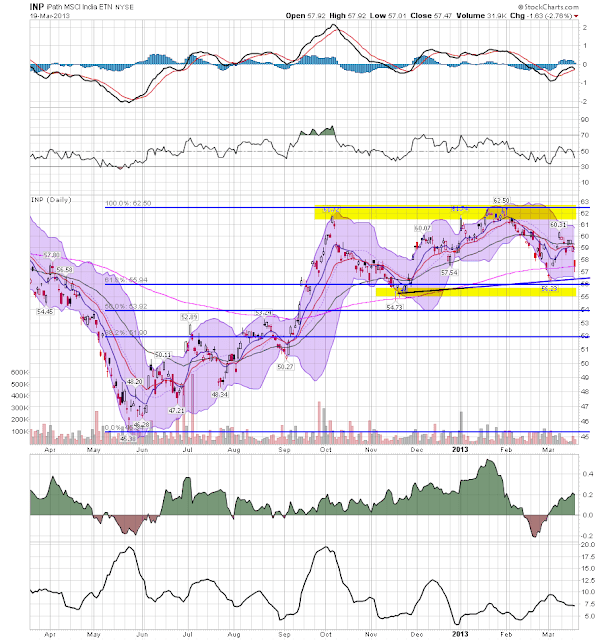 Yesterday, the Indian central bank lowered interest rates 25 BP, but also warned they have little downward room because of inflationary pressures, making this a less than compelling interest rate cut.  As such, we see the Indian ETF sell-off to the 200 day EMA yesterday.  Also note the MACD is negative and has given a sell signal, although the CMF is showing a positive money flow.