No, Europe is Not Healing

From the latest Markit retail Survey:

Markit’s Eurozone retail PMI® data for February signalled a record year-on-year fall in retail sales revenues in the single currency area.  Sales were also down sharply compared with January, as signalled by a PMI reading of 44.5, down from 45.9.

Commenting on the data, Trevor Balchin, senior economist at Markit and author of the Eurozone Retail PMI, said: “February’s retail PMI provided more bad news for the Eurozone economy, falling to 44.5 and extending the current run of sub-50.0 readings to a survey record-equalling 16 months. Moreover, unlike the trend in manufacturing and services, where the worst phase of the current downturn may have passed, the retail sector remains some way from stabilisation.”

Let's look at some of the charts of the report: 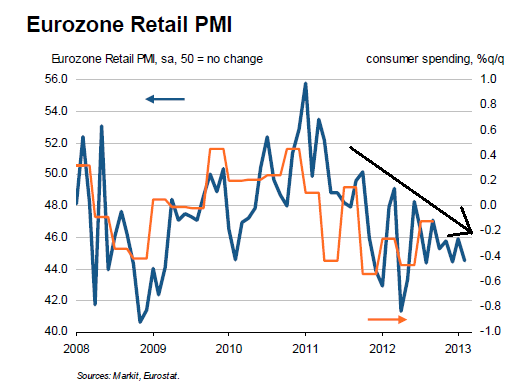 The overall level for the retail PMI has been in a downward trajectory for the last two years.  Over the last year, we see a consolidation of the number as low (contractionary) levels. 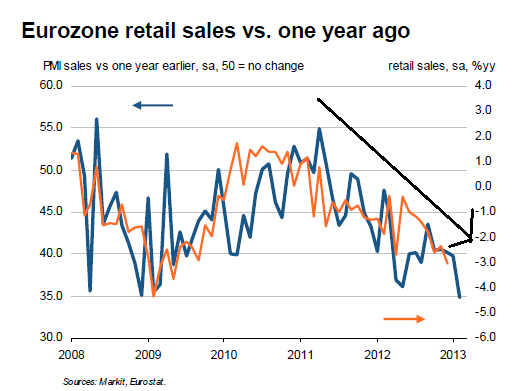