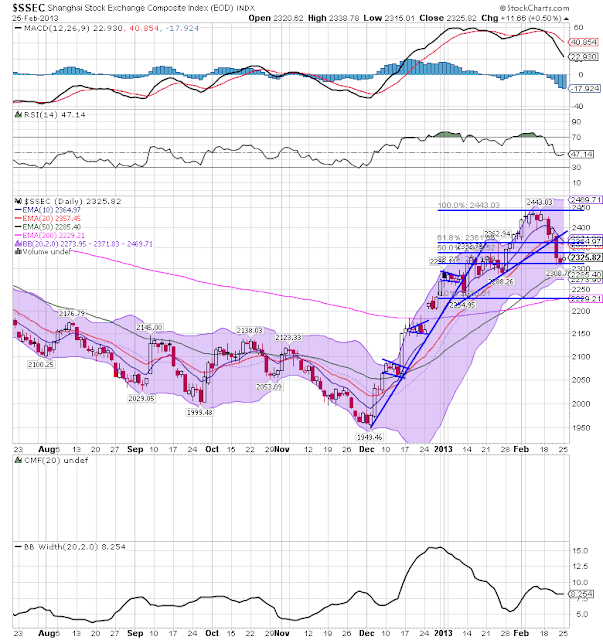 The Chinese market is still in the middle of a small sell-off.  Prices peaked slightly about 2440 but have been dropping for the last week.  They've moved through the 10 and 20 day EMAs and are currently resting on an important Fib level.  The MACD indicates a move lower is most likely, probably to the 50 or 200 day EMA . 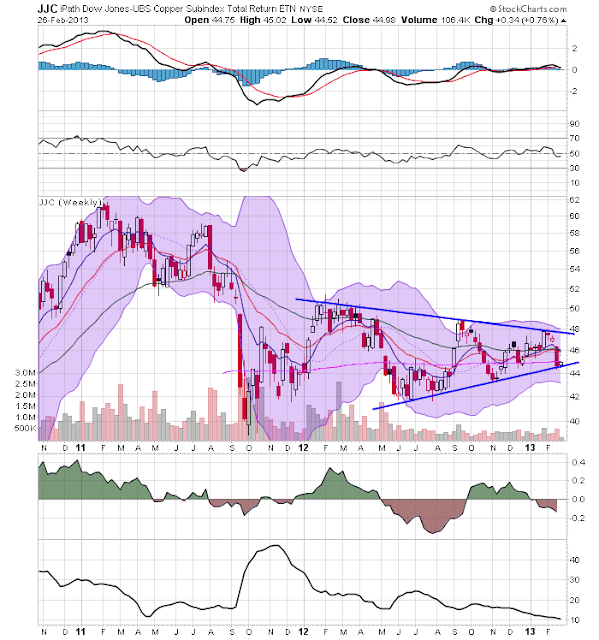 The weekly copper chart is still consolidating in a symmetrical triangle pattern.  Prices are currently right below the 200 day EMA. 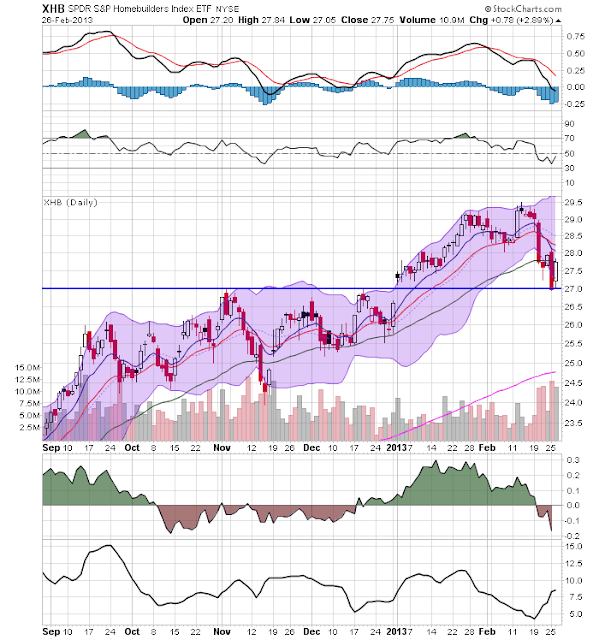 The homebuilding sector had been rallying since the first of the year.  But the ETF topped out at the 29.5 level and has since fallen to early November levels.  Prices are now contained by all the shorter EMAs.  Also note the weak MACD and CMF readings along with the higher volume on this weeks sell-off.   Overall the technicals indicate the most likely move is lower. 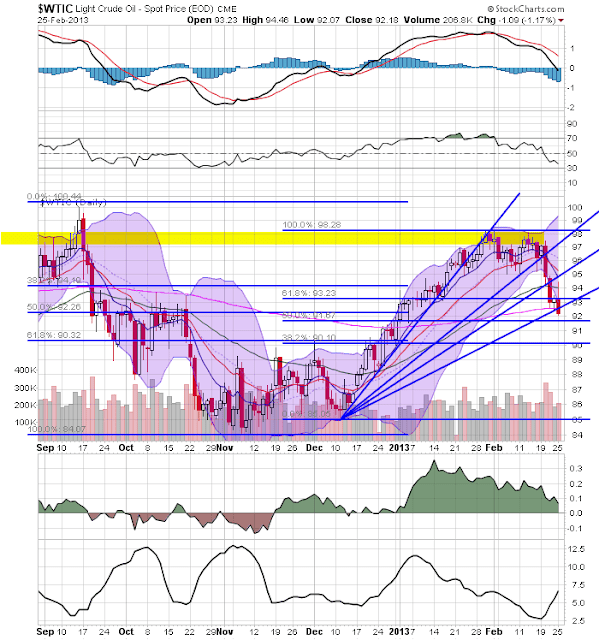 The oil market is continuing its sell-off.  After hitting the 98 price level, prices have been moving lower, currently resting at the 92 price level.  There is also a convergence of the lower Fib fan and 200 day EMA at this level.  Like the other charts, the underlying technicals for this chart also point to a lower move. 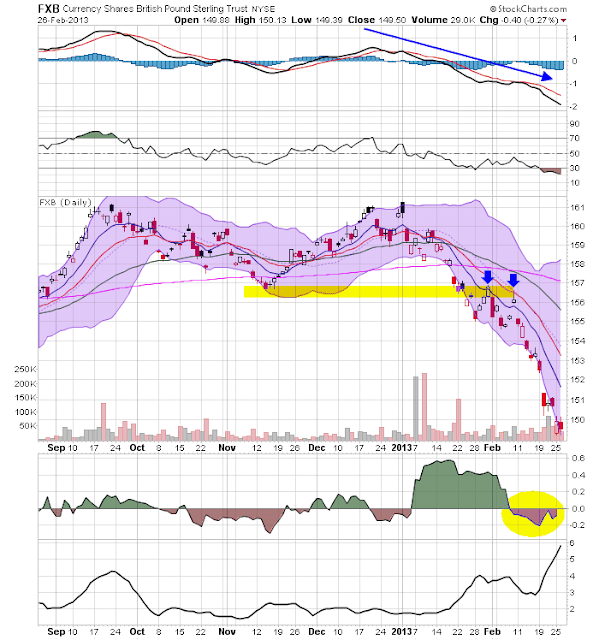 The British point continues to move lower.  After moving through the 157 price level, price have continued to drop.  From the chart highs of 161, prices have fallen a little under 7%. 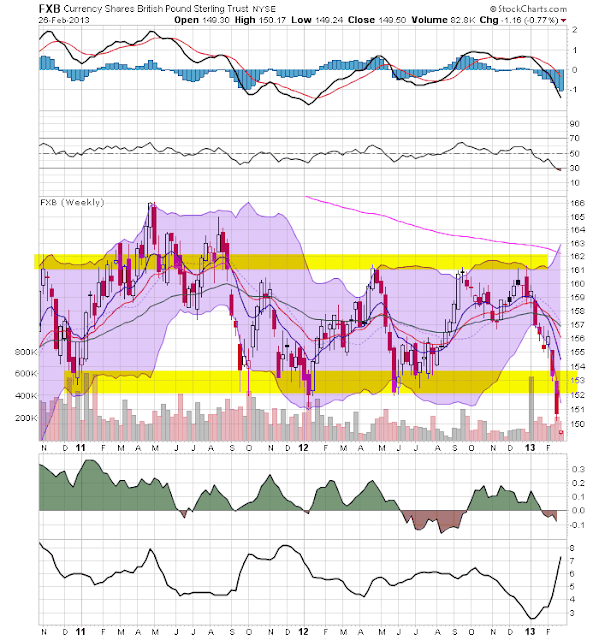 However, the real technical damage to the pound is on the weekly chart, where we see prices have finally broken through the support provided by the 152-152 area -- a support line that had held for the last few years.