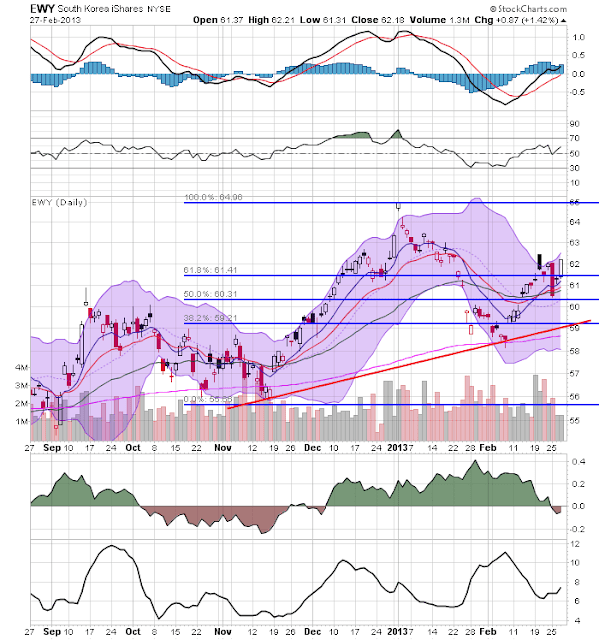 The South Korean ETF started selling off at the beginning of 2013, hit the 200 day EMA and rose to the 61.8% Fib level recently.  Also note that the lows of mid-November and mid-February form the bottom of a symmetrical triangle.  Given China's overall strength, this ETF should continue in some type of consolidation for the next month or so. 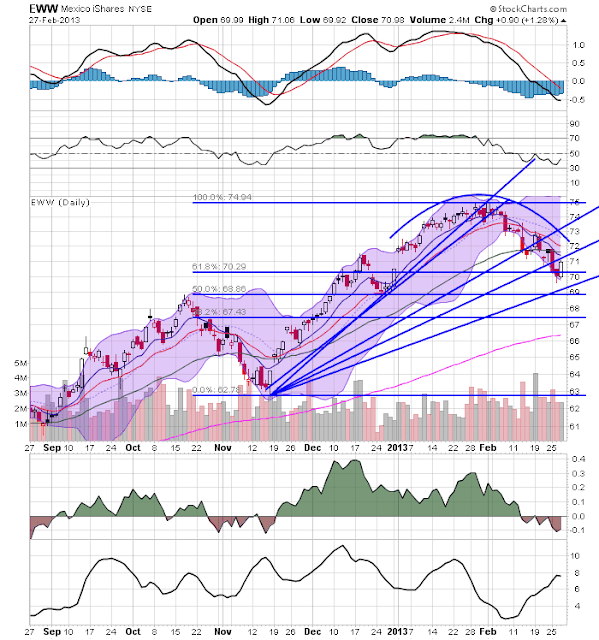 The Mexican market has sold off to the 61.8% Fib level, with a declining MACD and negative CMF.  Prices are also below the 10, 20 and 50 day EMAs. Note there is plenty of resistance below current levels for price support.  Additionally, this has been a well-performing economy for the last few years, so any sell-off should be controlled and gradual. 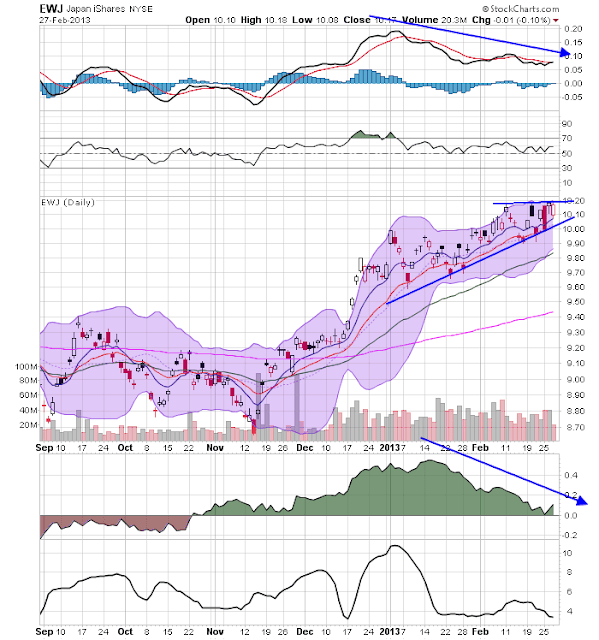 The Japanese ETF has not sold off or broken trend.  Instead, it has consolidated in a triangle pattern.  Also note the EMAs are still rising.  However, a declining MACD and CMF indicate the ETF may be ready to break trend. 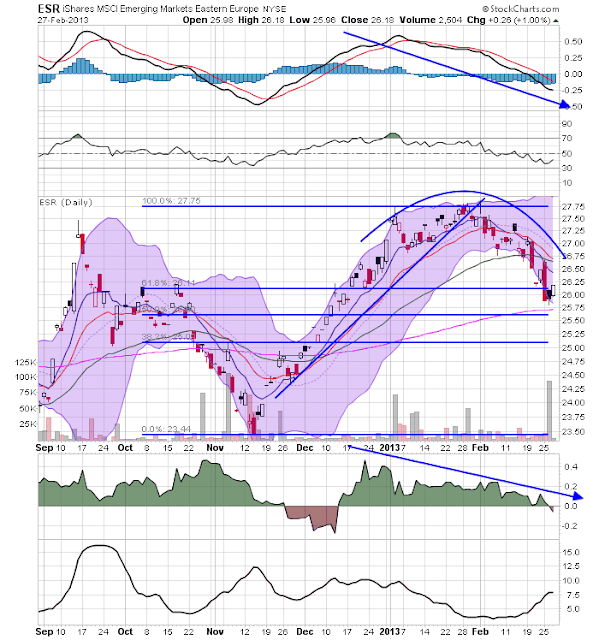 Like the Mexican ETF, the emerging Europe market ETF has declined since the beginning of February.  Prices are below all the shorter EMAs, with a declining and CMF.  Prices will most likely use the 200 day EMA for support within the next few days. 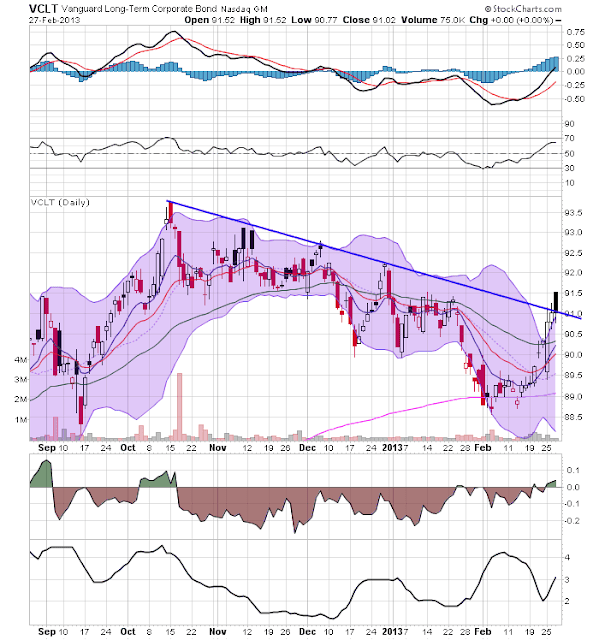 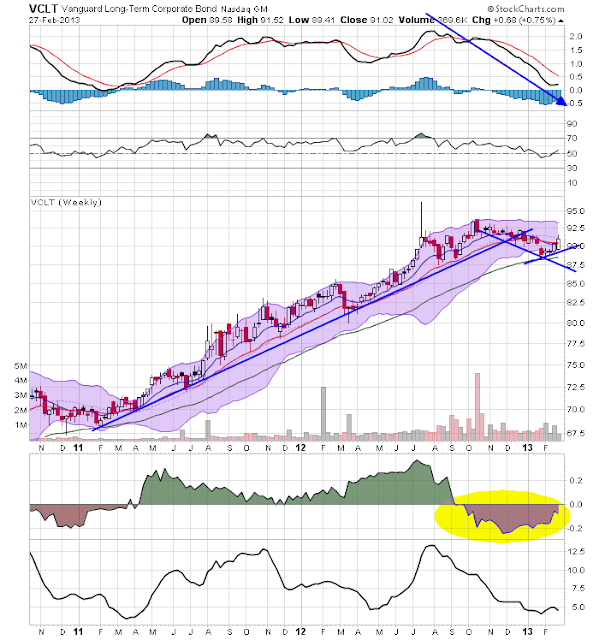