DGBAS's preliminary estimate showed that Taiwan's seasonally adjusted real gross domestic product (GDP) increased by 7.30% at annualized rate in 2012Q4, and the yearly growth rate of unadjusted GDP was 3.72%. For the whole 2012, economic growth rate was 1.26%. Meanwhile, the GDP is expected to grow 3.59% in 2013.

Let's look at some of the data. 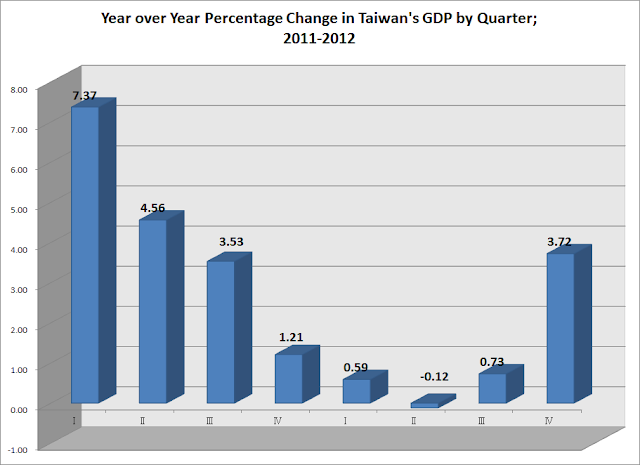 Overall, Taiwan's growth rate declined on a year over year basis through second quarter of 2012, but started to rebound in the 3Q12. 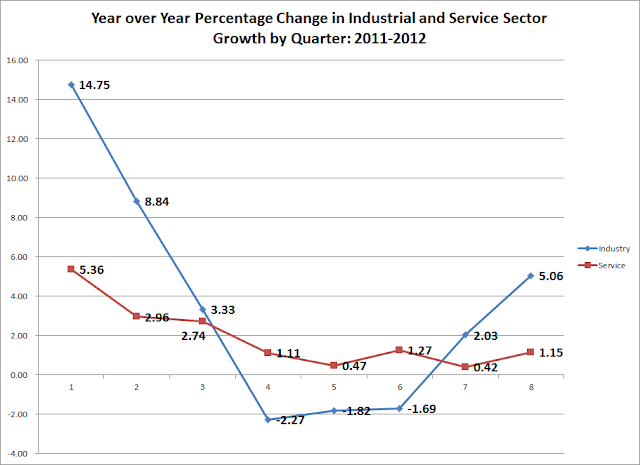 Over that same period, we see a large drop in the year over year percentage change in industry.  Services declined as well, but still remained positive.  Industry rebounded in the 3Q12 and came on strong the 4Q12. 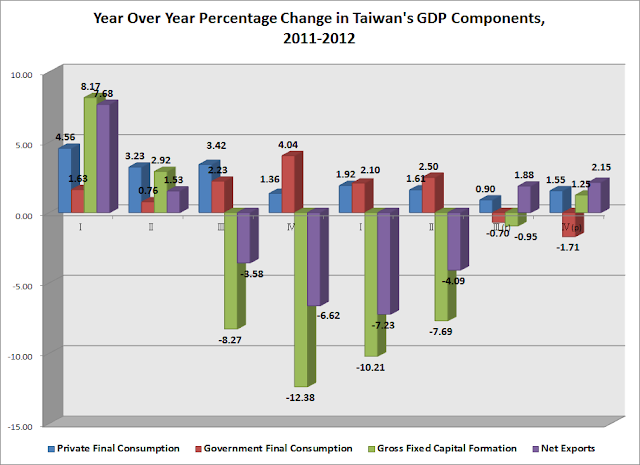 From 3Q11-2Q12 we also see a large drop the in year over year percentage change in gross investment and exports.  The drop in exports coincides with the height of the EU's mess, while the drop in investment was caused by a dual contraction in public and government investment.  Throughout, private consumption and government spending have been resilient.
Posted by Unknown at 1:00:00 PM