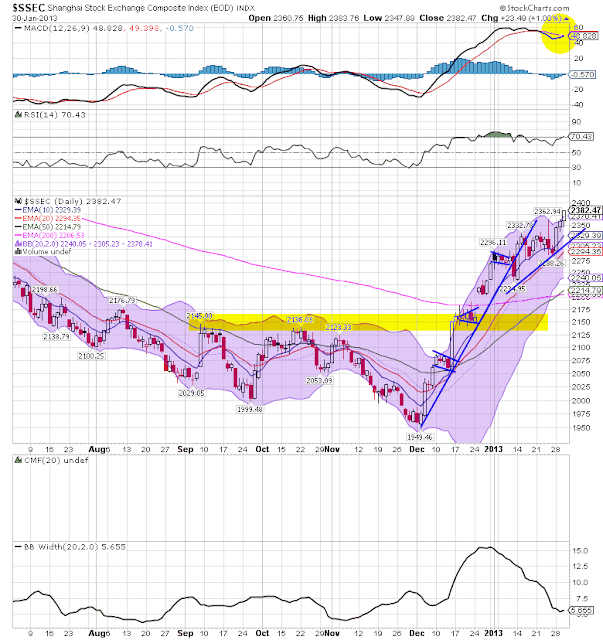 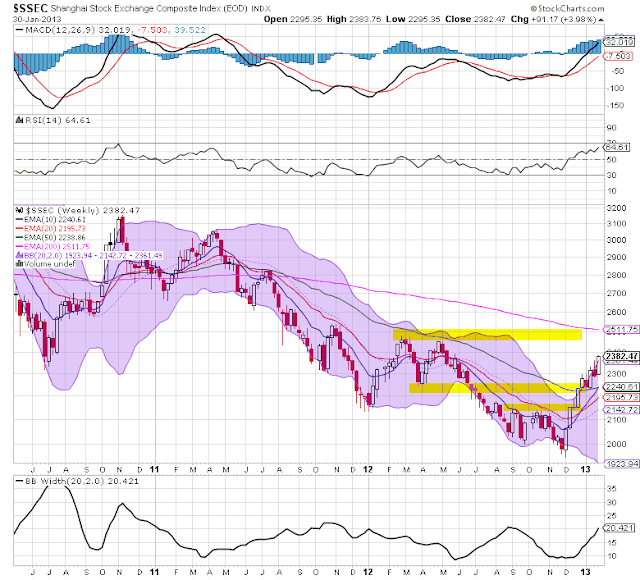 The Chinese market continues to rally.  The daily chart (top chart) shows that prices broke the support established by the strong rally that started in early December, but consolidated in a sideways move that lasted most of January.  Now prices are again moving higher, as noted by the MACD about to give a buy signal.  The weekly chart (bottom chart) shows prices have clear sailing until the 200 week EMA. 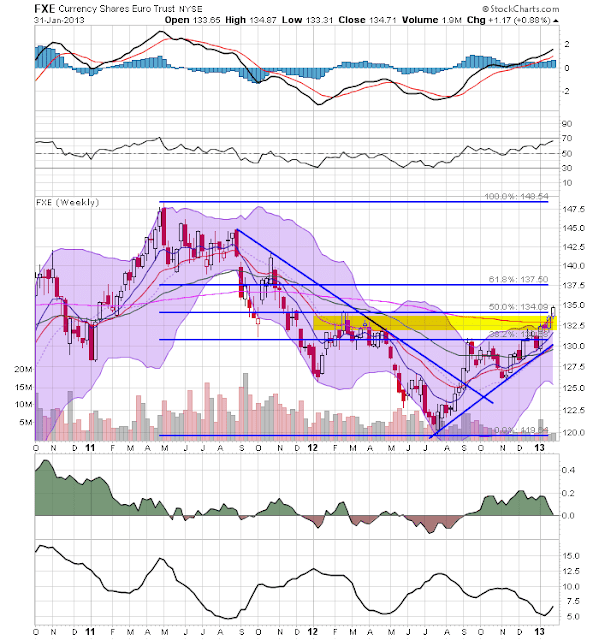 The weekly euro chart shows that prices have moved through the 200 week EMA and the 50% Fib level.  The shorter EMAs are also rising, as is the MACD. 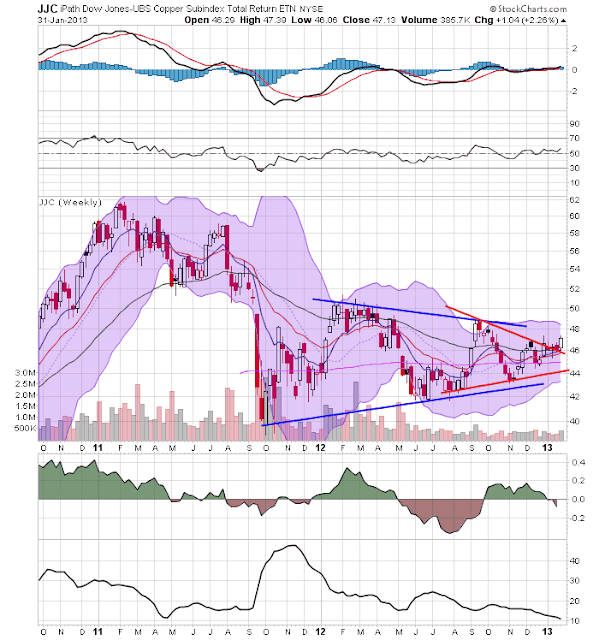 The weekly copper chart has broken through the upper level of one triangle (red lines) pattern but is still contained by the second (blue lines).  Also note the weak MACD reading, negative CMF and jumbled EMA picture.