There's been a fair amount of press over the last few months, stating that individual investors were moving out of bonds and into stocks.  This would obviously bode well for equities, as this would provide a new source of money.  Let's start by looking at the weekly charts of the treasury market ETFs, from shortest to longest: 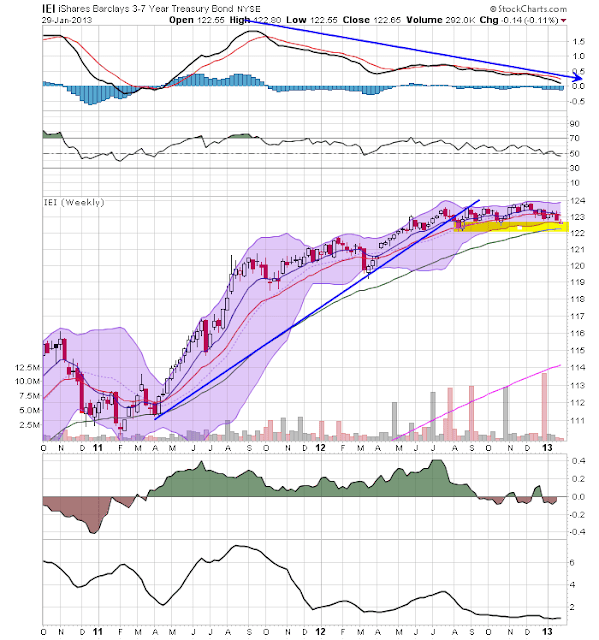 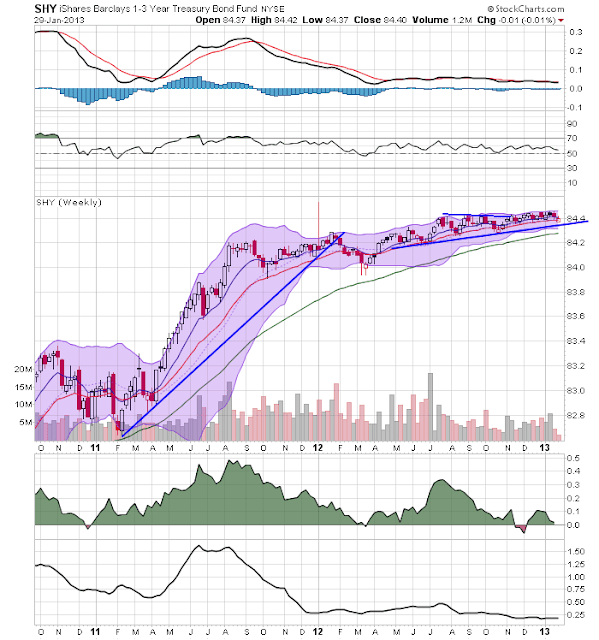 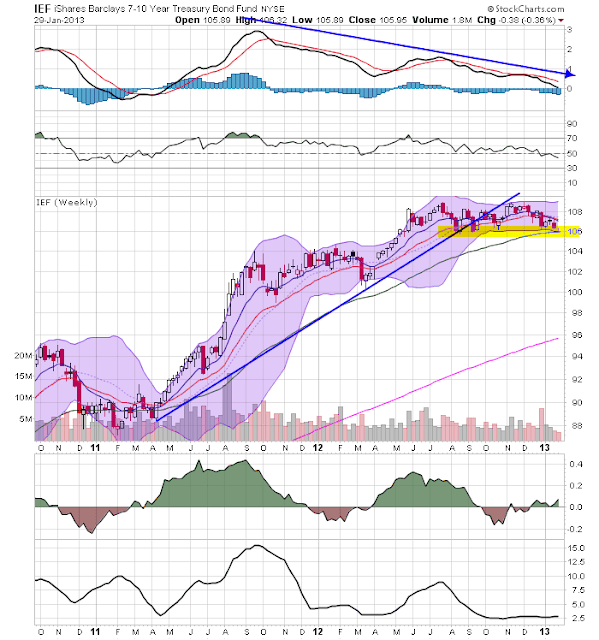 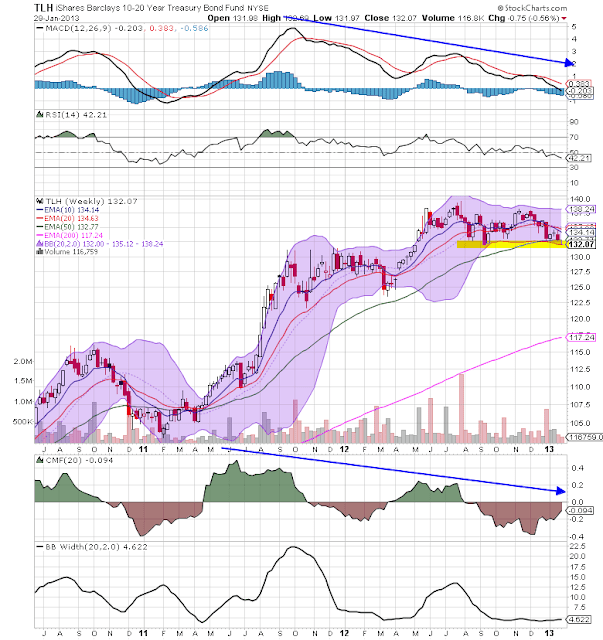 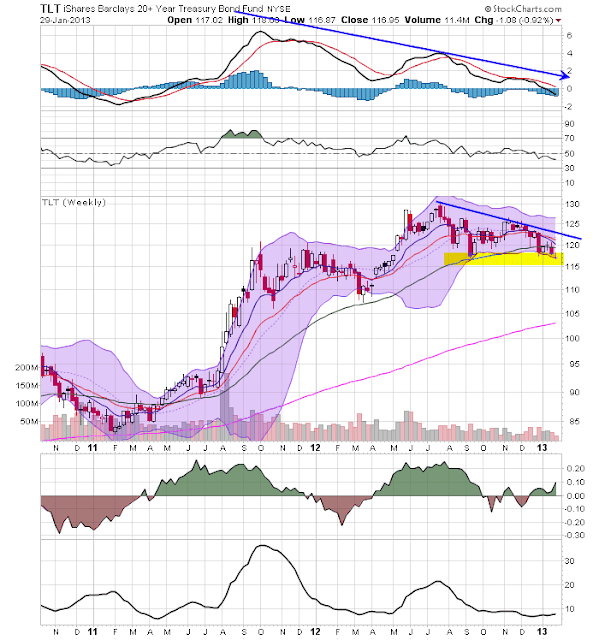 The entire treasury curve is consolidating in a sideways move.  The longer end of the curve (bottom three charts) are clearly more technically vulnerable to a correction.  All three charts have declining MACDs and weak (albeit slightly positive) CMF readings.  The TLTs (bottom chart) are now below the 50 week EMA and the IEI's and IEFS' (third from bottom and second from bottom) are making a move in that direction.  In addition, the longer charts also have declining shorter EMAs now.

In summation, the treasury market looks as though its ready to start selling off, especially considering the technical position of the long end.  However, we're not there yet.  In addition, treasuries are still a safe haven asset, so an international event could spook the markets into a short rally. 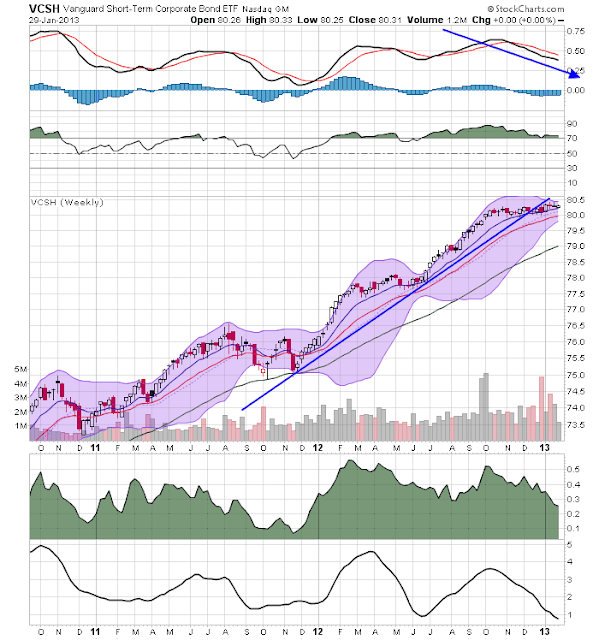 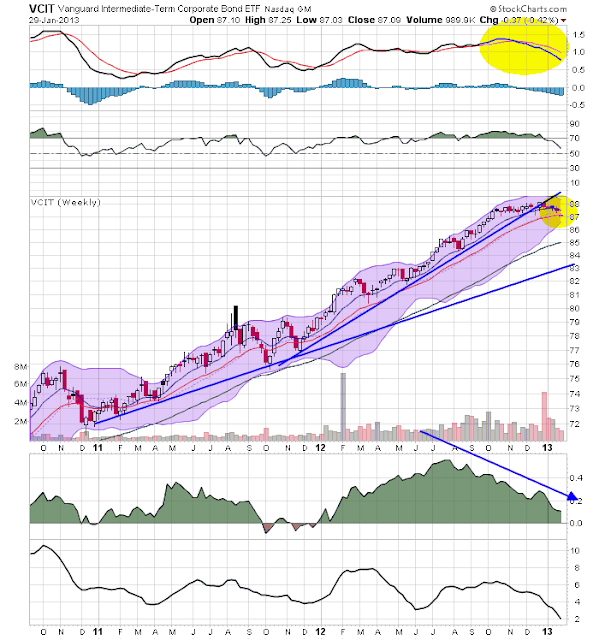 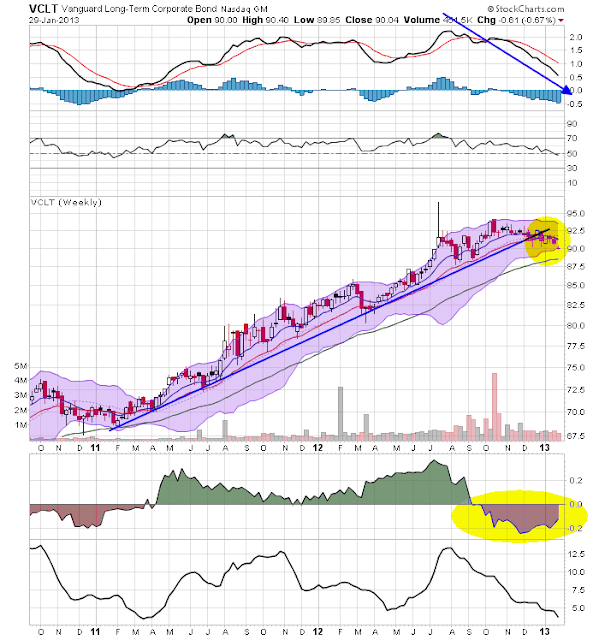 The corporate market is starting to show important technical break downs as well.  First, all three sections of the market (short; top chart; intermediate, middle chart and long, bottom chart) have broken long-term trend lines.  All three have declining MACDs and the long-term chart has a very negative CMF reading.

In short,  all three of these charts indicates that a sell-off is probably beginning in this area of the market.

The sum total of the above three chart is that the corporate market has broken trend and the treasury market is right on the verge.