The China And EU Slowdown in Charts

HSBC/Markit released the latest "flash" manufacturing numbers for China.  Before looking these numbers, let's place them in context.  About this time last year, China was going through an engineered slowdown.  The central bank was raising reserve requirements as a way to slow down the lending cycle.  Their primary concern was inflation.  Now we're looking at the end result of that effort.

Remember that China is more based on manufacturing (about 45% according to the CIA World Fact Book), so these numbers are a bit more important.  I've blocked off the last year (more or less).  Notice that the numbers are now fluctuating around the 50 level, which is the line between expansion and contraction.  This really highlights what's going on in the economy pretty well.

Let's turn to the EU situation, where we see a very bad deterioration of the economy. 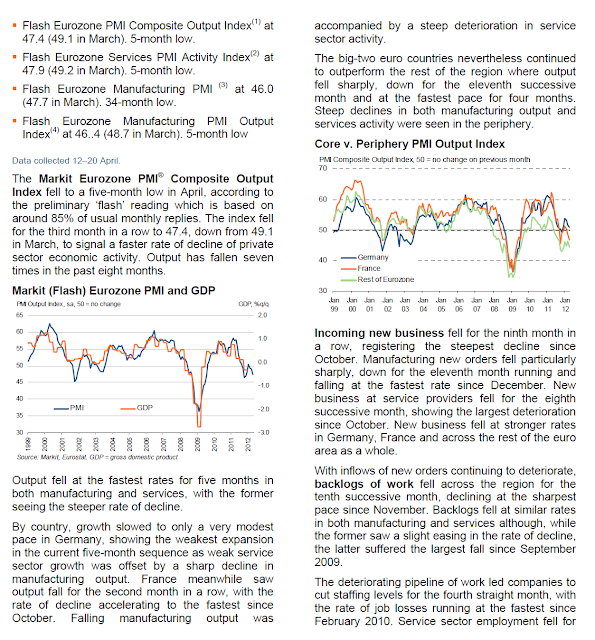 There is nothing good in the above report; nothing at all.