Given the news from the UK, let's start with their market: 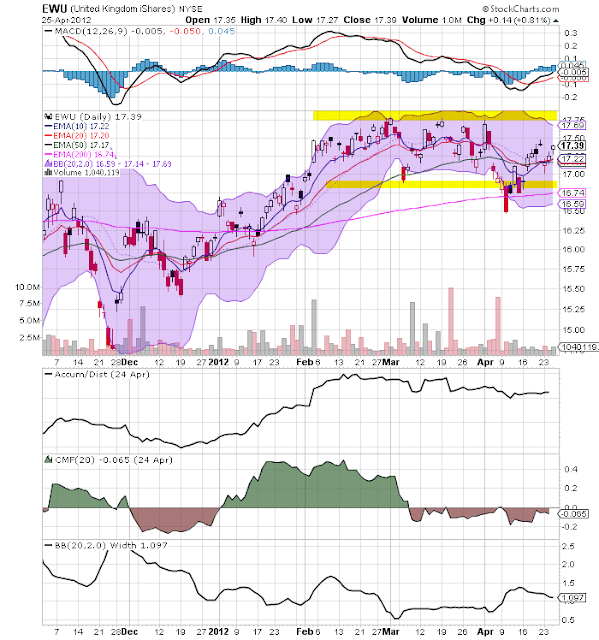 The UK ETF is actually trading in a fairly tight trading range between ~16.8 and 17.75.  Prices are right above the 200 day EMA and the shorter EMAs are tangled with the 200 day. EMA.  The MACD has given a buy signal, but it's still in negative territory, so ideally prices should move through resistance before going long.  And then there's that recession thing ... 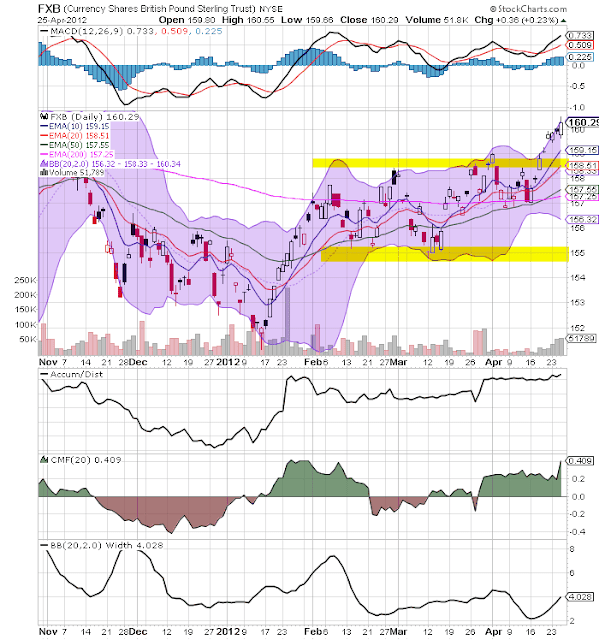 The British pound was trading in a range between 155 and 159 until it broke ouy a week ago.  The upside move was caused by the BOE's minutes indicating that no further easing was coming done the pike.  Given the overall tenor of the British economy, I would expect to see a sell-off soon, with prices moving to at least the 10 day EMA. 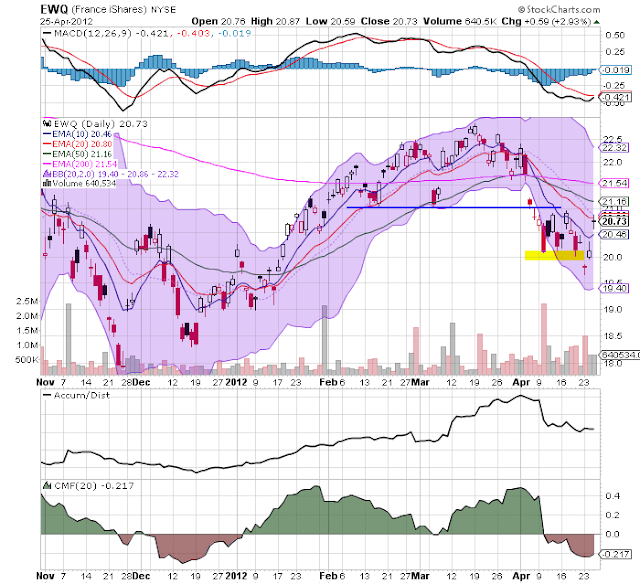 The French market broke support at the 21 level, moved to the 19.75 area and has since rebounded.  Prices are now entwined with the EMAs.  Given the political situation in France, this is a very difficult market to read. 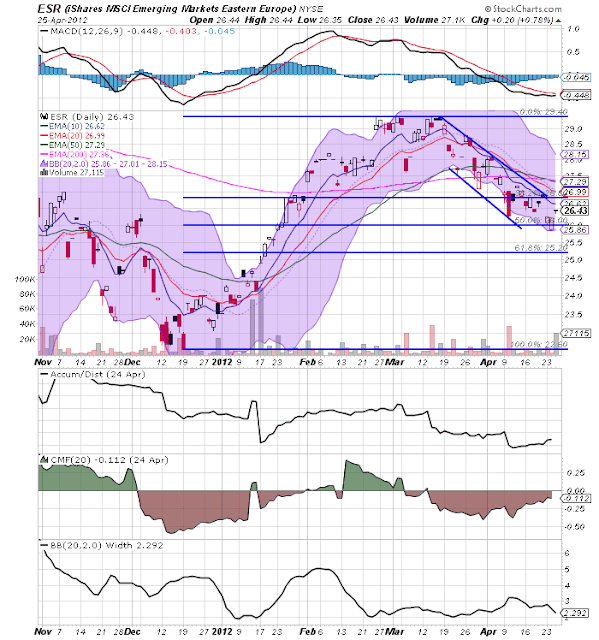 Emerging Europe has been in a downward sloping channel for the last month and a half.  Prices are now below the 200 day EMA, and the shorter EMAs are below the 200 day EMA and are moving lower.  Money is leaving the market, and momentum is weak.  Prices have found support at the 50% Fib. level.

The good news in all the equity charts above is that we're not seeing a massive and sharp sell-off.  Instead, buyers are moving in to buy on the dips, indicating there are still enough people who see value in the markets.  Given the weakening position of the European economy overall, that, in and of itself is a good thing.
Posted by Unknown at 6:00:00 AM