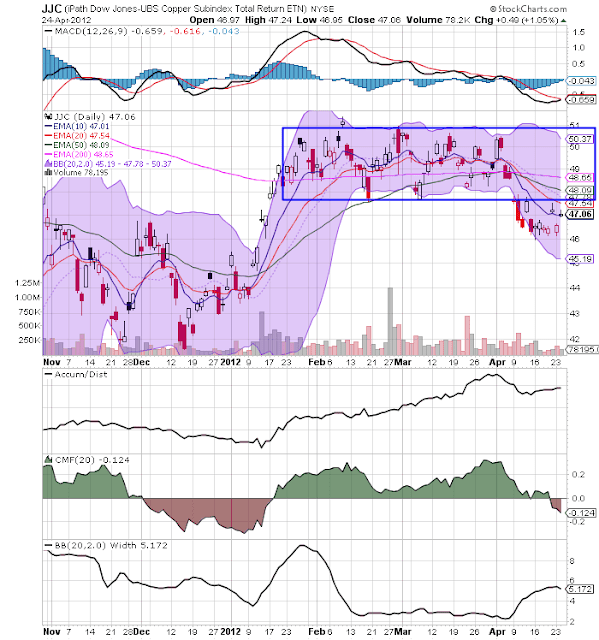 After trading between 47.75 and 5 for nearly three months, the copper ETF fell through support and is now aw the 47 price level.  But, in addition to falling through support, prices have dragged EMAs lower.  In addition, prices are now below the 200 day EMA -- bear market territory.  While the overall loss is only 6%, the underlying technical damage is fairly bad. 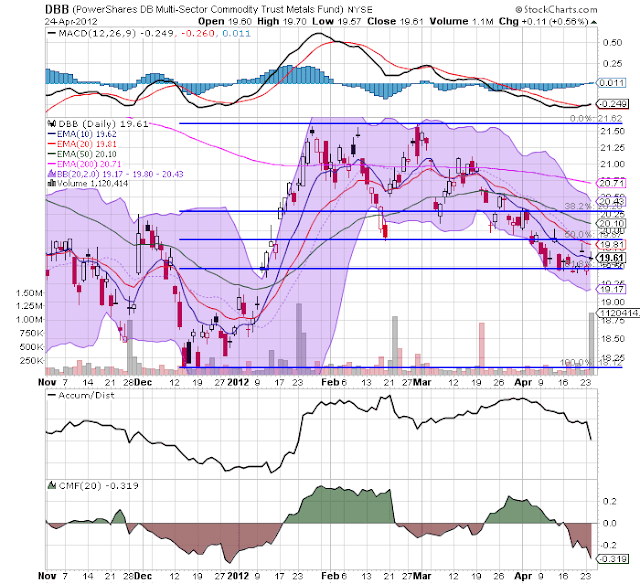 Industrial metals -- which include copper, have been moving lower for about two months.  They're total move lower totals almost 10% and, like the copper chart, the move lower has brought the EMAs lower.

However, a net positive for both charts is each's respective MACD is about to give a buy signal. 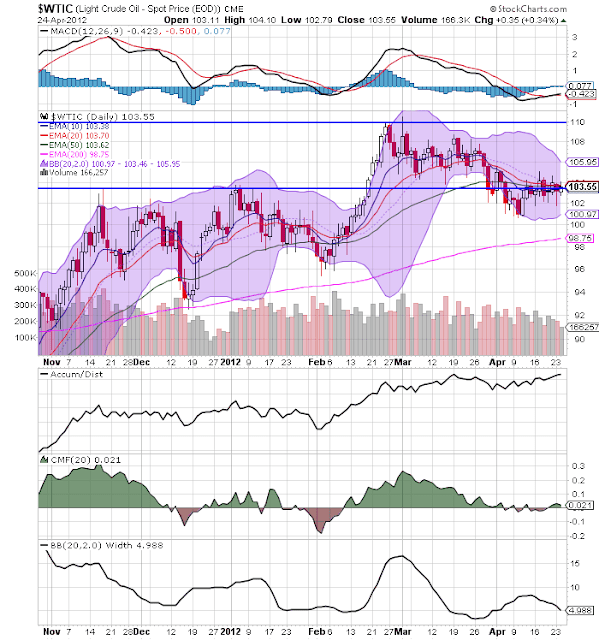 Oil is in a very tight range and has been since the beginning of the month.  The only reason oil has not dropped like copper is that, even in a recession, there will still be some oil demand.

All three charts above indicate that traders are looking at a slowing economy.  However, also note there is no crash -- simply a slowdown at this point. 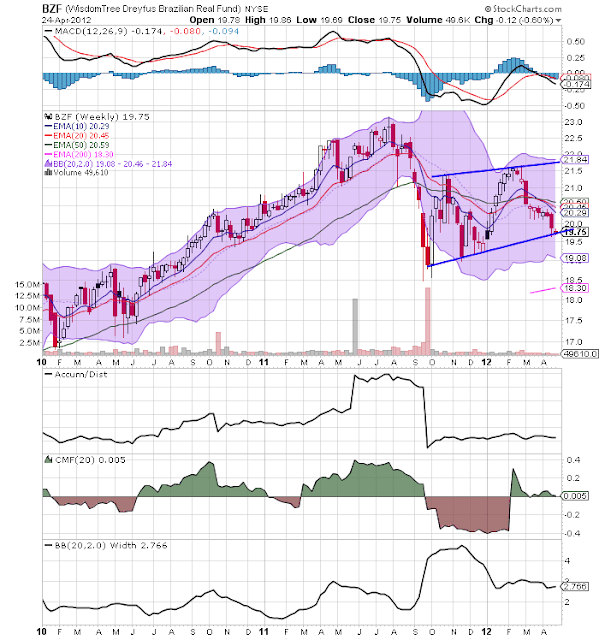 The real is at the lower end of an upward sloping channel that started last fall.  A convincing move lower would indicate that forex traders are betting on a weaker Brazil. 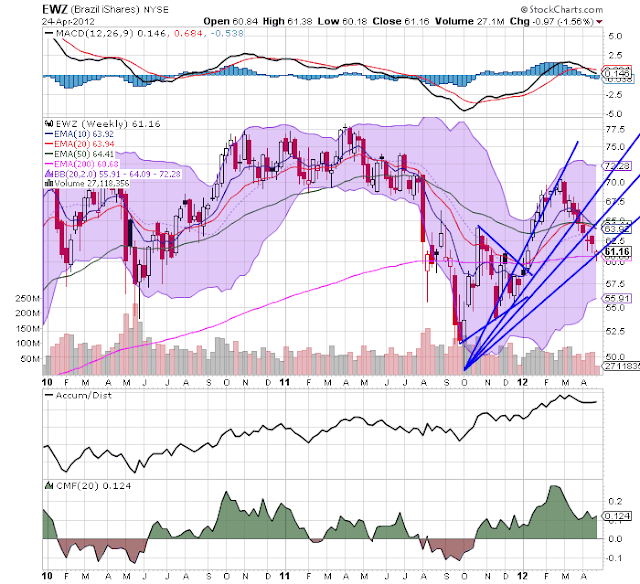 The Brazilian market is also continuing its move lower.  Prices are now right at the 200 week EMA and the lower Fibonacci fan.