While the unemployment rate is concerning, it's important to note the current experience is hardly new; in fact, we've been here after each recession since the mid 1970s recession. 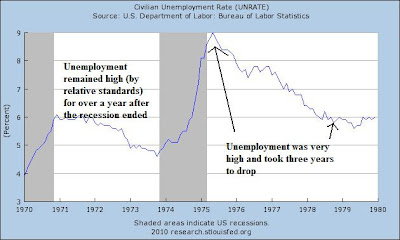 Note that after the mid-1970s recession, unemployment hit 9%. After four years it dropped to 6%, but never hit 5% -- the level most economists use to describe full employment. 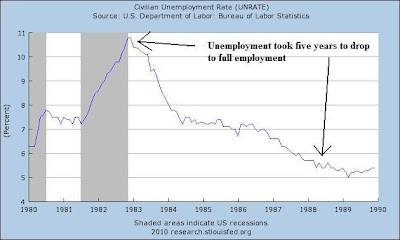 After the second recession of the early 1980s, unemployment was nearly 11%. It took over 5 years to get back to "full employment." 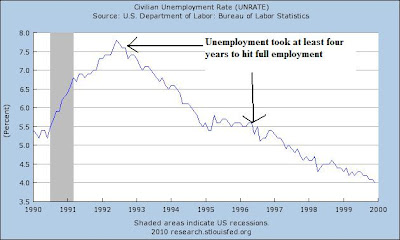 After the early 1990s recession, unemployment rose to over 7.5%. Again, it took over five years to get back to full employment. 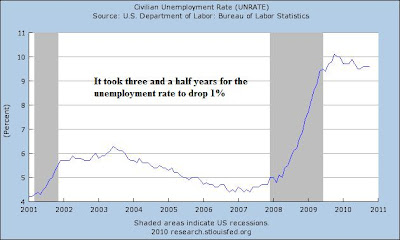 This commonality with previous recoveries does not make the current situation any easier, and should not be used as justification for doing nothing. However, it is important to remember we've been here before.

Initial unemployment claims have remained at a stubbornly annoying high level for the better part of the year. However, this is not the first time we have seen this behavior from initial claims. 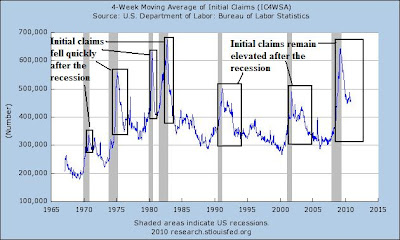 Notice in the above graph of initial claims there have been two different types of "recoveries" in initial unemployment claims; fast recoveries that occurred before the early 1990s expansion, and slow recoveries that occurred in the last three expansions. This is one of the primary reasons the last three expansions have been labeled "jobless" recoveries. I explained the reasons for this development of "jobless recoveries" in two posts, located here and here. NDD offered a rebuttal here. 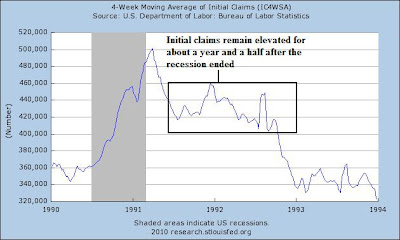 Taking a closer look at the early 1990s expansion, notice the initial unemployment claims remained elevated for about a year and a half after the recession ended. 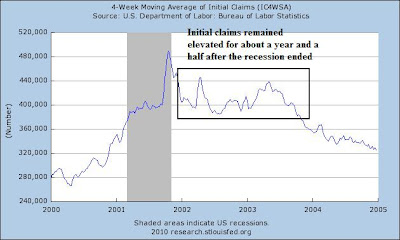 The same is true for the early 2000s recovery -- initial unemployment claims remained high for about a year and a half after the recession ended. 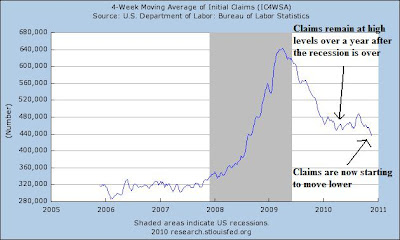 Notice that with this recovery, we are experiencing the same developments.