One rule of netiquette as that you're not supposed to "feed the trolls," but how can I help it when they're so stupid???
After I posted about the initial jobless claims last Wednesday, I got an email from a troll named "drdoom" which read, in its entirety:

Hey Bozo you can take your charts and shove them up your ***....

followed by a link to a post on the right wing political site "hotair" claiming that durable goods orders and new home sales "tanked" in October (no, I'm not going to link to it, and yes, I deleted the expletive).

Well, although I guess I should be shaking in my boots because of those terrible, horrible, awful numbers, there's just one problem -- they weren't.

As I said Friday, durable goods were down, but the previous month's orders number was revised up by almost the exact same amount, meaning that October durable goods orders were only the second best since the recovery began. Here's the graph: 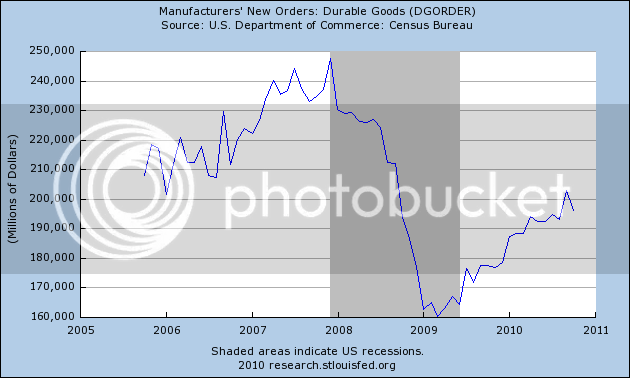 Does that trend look down to you?

Now here is a graph of new home sales: 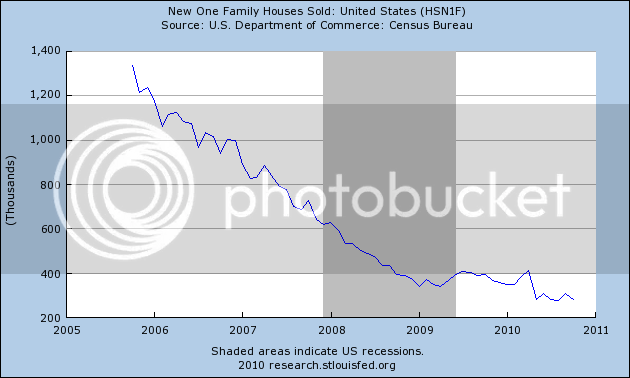