As we get near the end of the year, it seems appropriate to start looking at a macro view of the US economy to see just exactly where we are in the recovery. Today I'll start by looking at the consumer. I'll also be looking at the manufacturing and service sectors along with employment, gross domestic investment and the export/import balance. There are two purposes to this overview. The first is to simply take a year end appraisal of the overall economy. The second is to demonstrate that the overall economy is actually in pretty good shape despite the continued negative spin we're continuing to hear from a variety of commentators. So, let's start with the consumer. All of the figures below are in real (inflation-adjusted) terms. 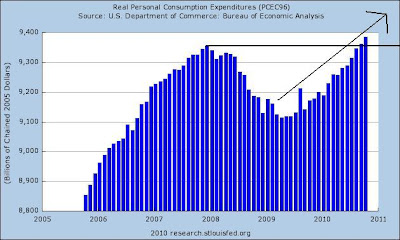 Real PCEs are now above their peak from the previous recession. 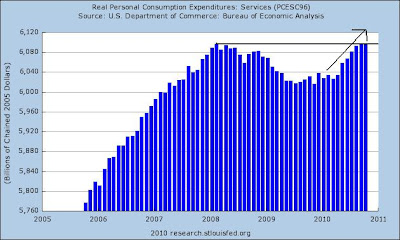 Real service expenditures (which account for about 65% of PCEs) dropped during the recession, but are now right at their previous highs from the previous expansion. 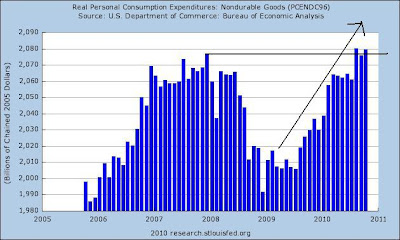 Real non-durable PCEs (which account for 22.18% of PCEs) are now at levels above previous highs. Also note they have bounced back strongly from their lows. 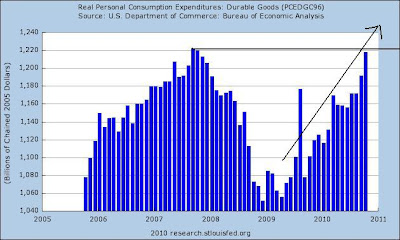 Real durable goods (which account for 12.61% of PCEs) are now approaching their highs from the previous expansion.

Let's look at this data from another perspective: real retail sales: 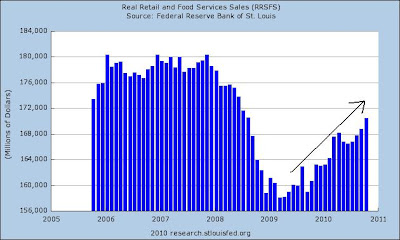 As this chart shows, real retail sales have also been increasing at a strong rate. Let's compare this expansions recovery rate to other recoveries: 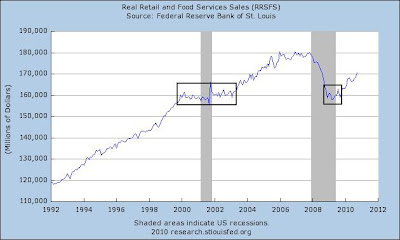