The Massive Underutilization Of The US Workforce

I wanted to return again to Macroblog's employment chart:

I've written a bit about this before, focusing on why businesses aren't hiring.  Today I wanted to turn to some macro level numbers that simply show how under-utilized the US labor force is and where that under-utilization is occurring. 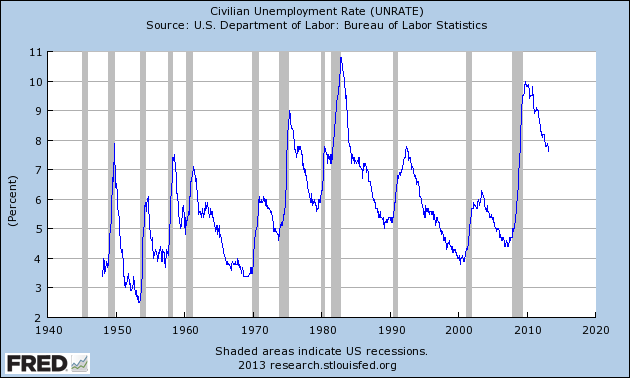 This rate peaked at 10% and has dropped to 7.6%.  The rate of this decrease has been painfully slow. 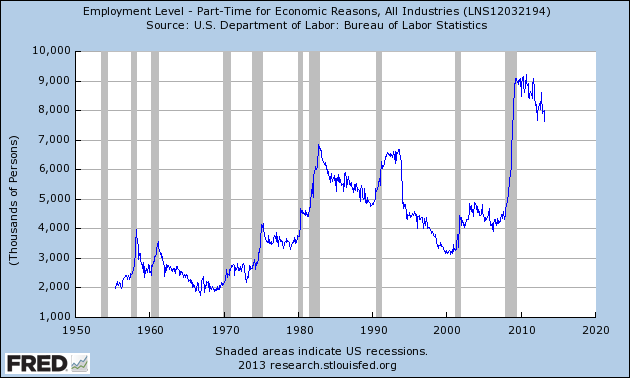 The part-time for economic reasons is defined thusly: This category includes persons who indicated that they would like to work full time but were working part time (1 to 34 hours) because of an economic reason, such as their hours were cut back or they were unable to find full-time jobs.

This number is still far too high. However, it also indicates that employers are cutting back on hours and have been for some time.  Along those lines, consider the following chart of total hours worked in the US. 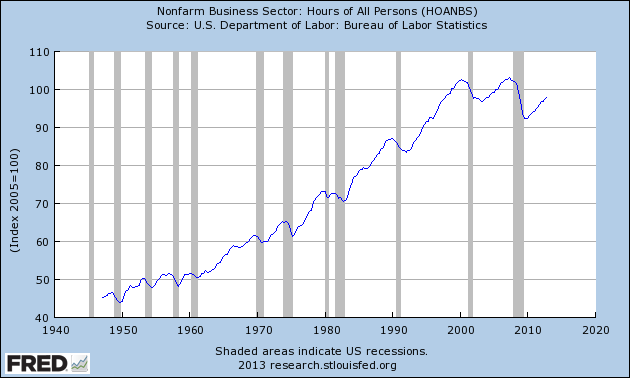 Total hours worked dropped sharply during the recession.  Looking in more detail at the last 13 years: 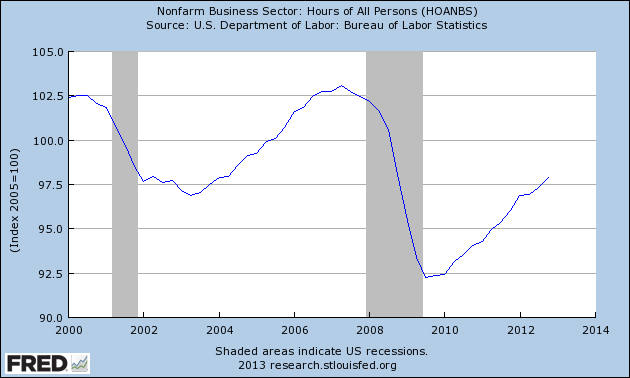 In the previous recession, the lowest that the hours worked index reached was a little below 97.5.  After nearly 4 years of expansion, the current recovery is just reaching that level.  This indicates that employers were greatly under-utilizaing current employees. 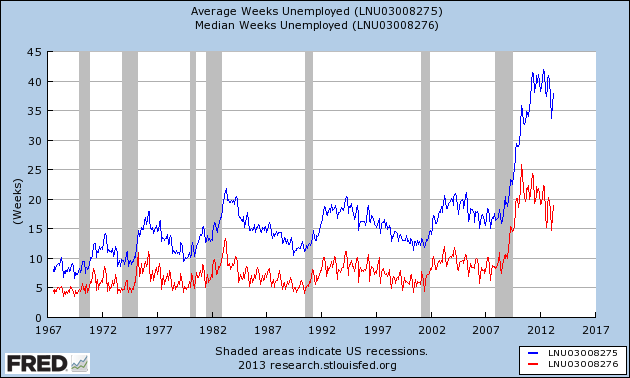 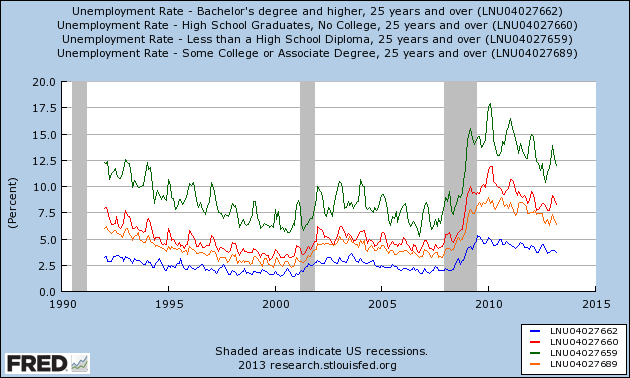 Finally, consider the above graph which shows the unemployment rate by educational level.  The data couldn't be more clear.  Underutilization increases with lesser educational achievement.

As the above data shows, the US labor force is horribly under-utilized right now.