In 2011 and 2012, there appeared to be an unresolved spring seasonality in initial jobless claims. So far this year, the jury is still out.

Here's a graph of initial claims starting with January 2011. The weeks between the last week in March and the end of June are in red: 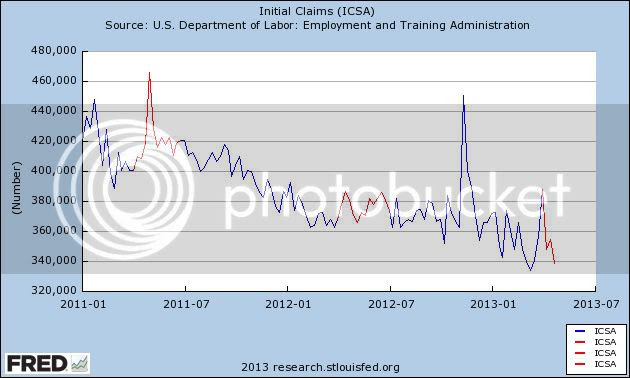 As of now, the spike in claims for the last week of March looks like a one-time event, although claims haven't gone all the way back to their previous lows. Another couple of weeks should tell if claims retreat or go sideways as they have in the last two years.
Posted by New Deal democrat at 1:27:00 PM