Market Analysis: the EU, Part I

Last week, the ECB issued their monthly bulletin.  Let's take a look at the underlying data to reeducate ourselves about the EU. 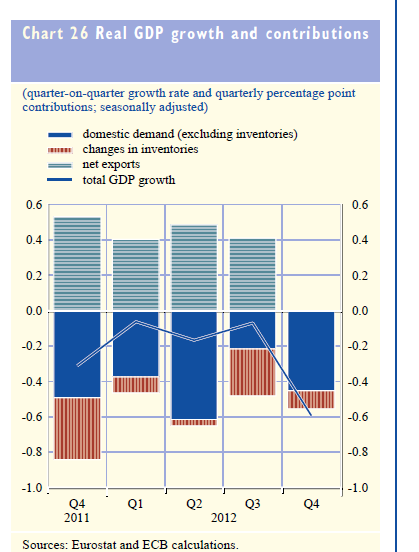 First, the region has now printed five straight quarters of contraction.  If it wasn't for exports (layered blue column at the top), there would be no growth at all.   Domestic demand (solid blue) ans contract for five straight quarters and businesses are de-stocking their inventory.  From a macro-perspective, there is little good to report on the GDP front. 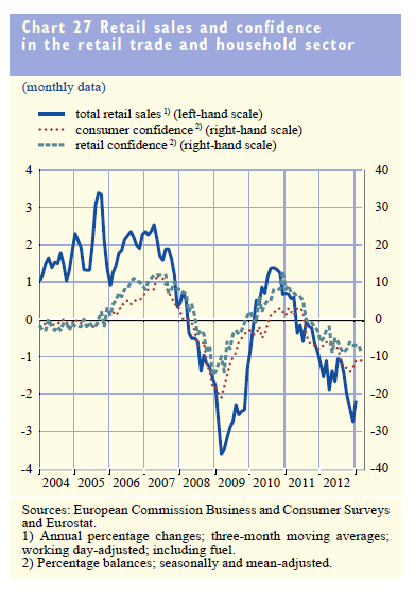 The overall chart of retail sales shows this number peaked in late 2010 and has been moving lower ever since.  The degree of the downturn since late 2010 is similar in intensity to the drop during the great recession, which should lead to a great deal of concern.

According to the latest monthly data, 11 countries saw increases and 11 saw decreases.  That report also contained the following 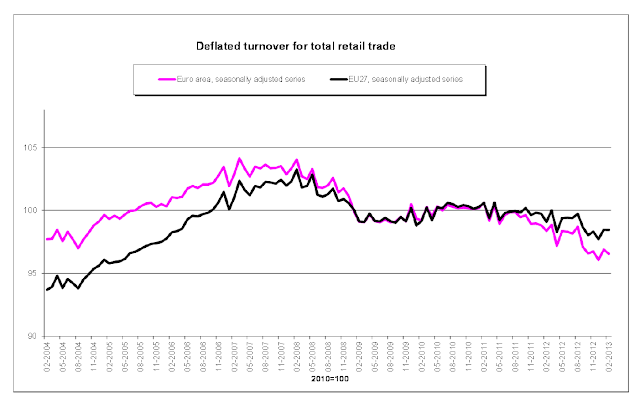 First, notice the different scale -- this chart places sales on a scale of 100 with 2010 = 100.  Sales growth more or less stalled in 2009 and started to decrease at the beginning of 2012.  Also note that sales stalled around the 100 level for over 2 years.  This is not a healthy development at the macro level.

While industrial production was up in the latest report, the overall trend is still negative:

In February 2013 compared with January 2013, seasonally adjusted industrial production1 grew by 0.4% in both the euro area2 (EA17) and the EU272, according to estimates released by Eurostat, the statistical office of the European Union. In January3 production fell by 0.6% and 0.5% respectively. 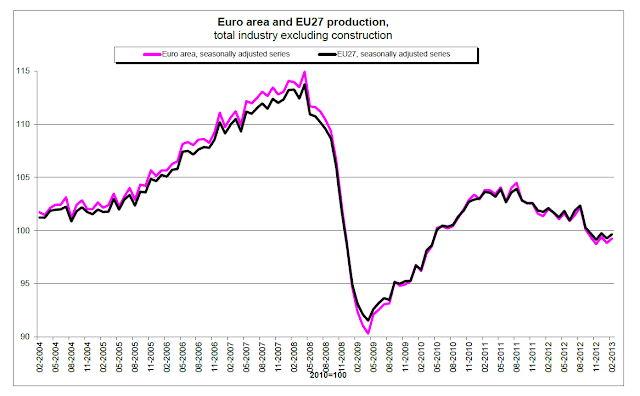 And finally, there is the overall unemployment rate: 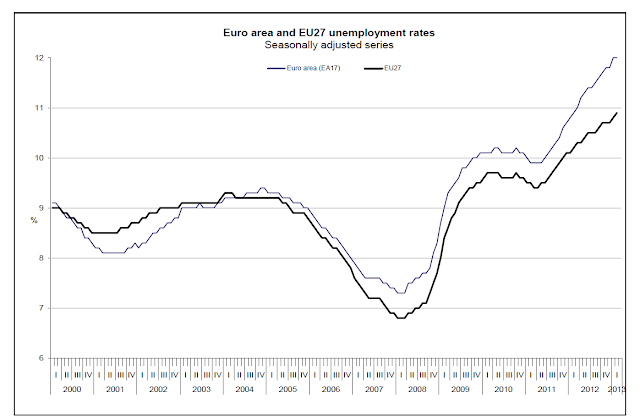 The unemployment rate for the region is at 12% and is clearly in an upward trend.

There's nothing good in any of this data.  Period.