The Bank of Canada today announced that it is maintaining its target for the overnight rate at 1 per cent. The Bank Rate is correspondingly 1 1/4 per cent and the deposit rate is 3/4 per cent.
.....
Following a weak second half of 2012, growth in Canada is projected to regain some momentum through 2013 as net exports pick up and business investment returns to more solid growth. Consumer spending is expected to grow at a moderate pace over the projection horizon, while residential investment declines further from historically high levels. Growth in total household credit has slowed and the Bank continues to expect that the household debt-to-income ratio will stabilize near current levels. Despite the projected recovery in exports, they are likely to remain below their pre-recession peak until the second half of 2014 owing to restrained foreign demand and ongoing competitiveness challenges, including the persistent strength of the Canadian dollar.

First, they're projecting overall growth to pick-up in the second half of the year.  This statement has been a staple of central bank statements for the duration of this recovery.  They have also turned out to be wrong -- or at least far more optimistic they the actual outcomes.  And the current slow rate of Canadian growth does not support an increase of the magnitude they're projecting.  In addition, exports are a prime reason for this projection.  However, the EU is in a slowdown and the US's oil imports from Canada are dropping.  Also remember that Canada is experiencing a high household debt scenario right now, which is the same problem the US faced prior to the last recession.  Debt-deflation recoveries are notoriously slow and difficult to get out of. 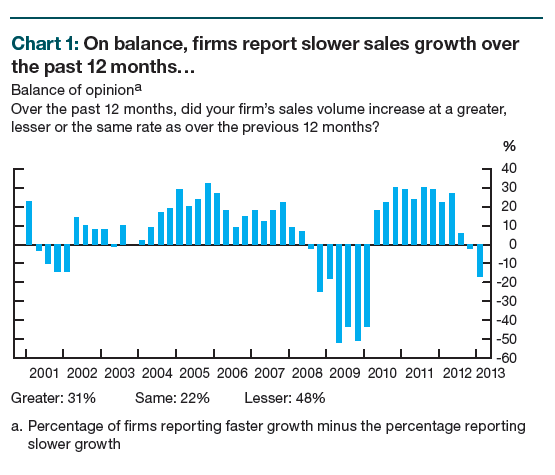 48% of firms reported that sales had dropped over the last 12 months, compared to 31% who said sales increased.  This shows a fairly important weakening trend. 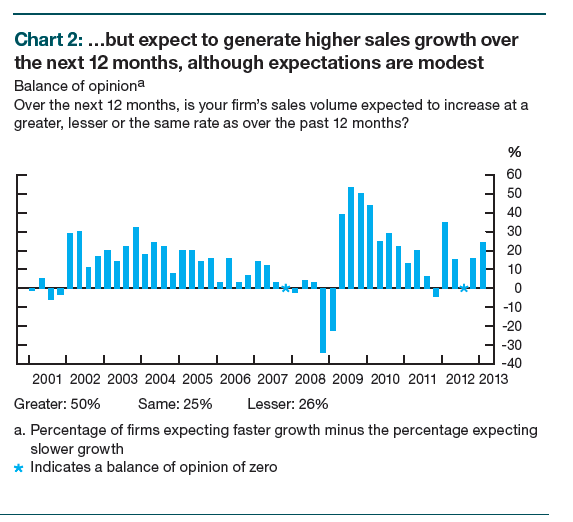 However, there are expectations for improvement over the next 12 months. 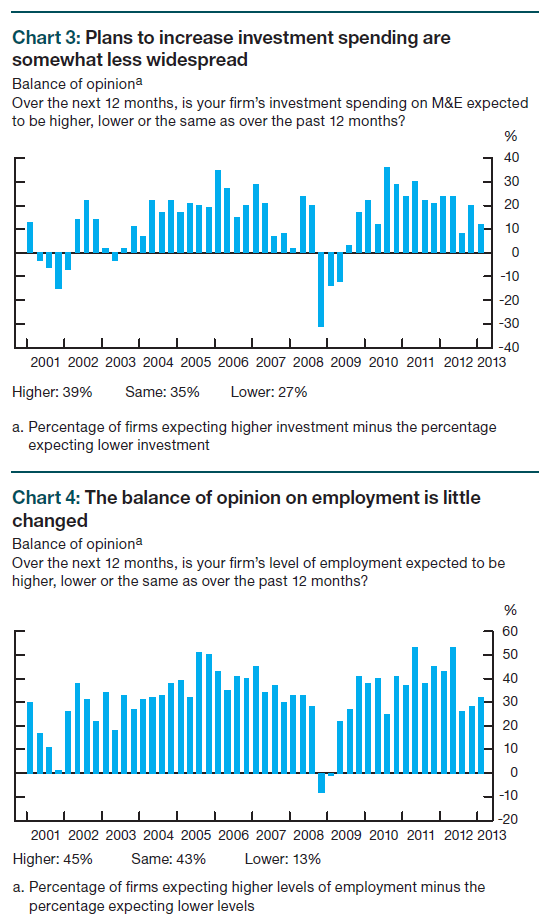 Canadian firms future optimism is somewhat born out by the above two answers.  On the negative side, only 39% are considering increasing their investment in physical plant -- not exactly a ringing endorsement of an anticipated increase in demand.  However, 45% are are expecting to increase their hiring over the next 12 months, which adds a bit more heft to their respective future optimism.

Also consider that Canada is a net raw materials exporter -- especially oil.  With the US amply supplied and overall demand projected to be weak with the EU recession and Chinese shift to a more consumption based economy, we see further downward pressure on the Canadian economy.

Let's turn to the Canadian Chart. 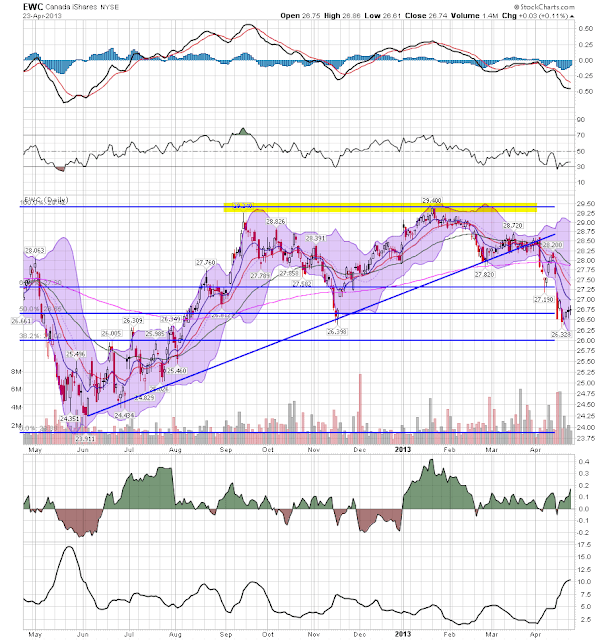 On the daily chart we see the following: