As I noted on April 2, the copper market is weak.  In general, we're dealing with a situation of over-supply and diminished demand.  Now, with more confirmation that China is indeed slowing, we can expect further weakness in this commodity.

The latest supply information is bearish:

Shipments of refined copper into China in March dropped 37 percent from a year earlier, customs figures showed today. Purchases of previously owned houses slid 0.6 percent to a 4.92 million annual rate last month, figures from the National Association of Realtors showed today. That trailed the 5 million rate projected in a Bloomberg survey of economists.

In the April post, I noted that on the weekly chart, copper had broken technical support of a triangle consolidation pattern.  That trend has continued: 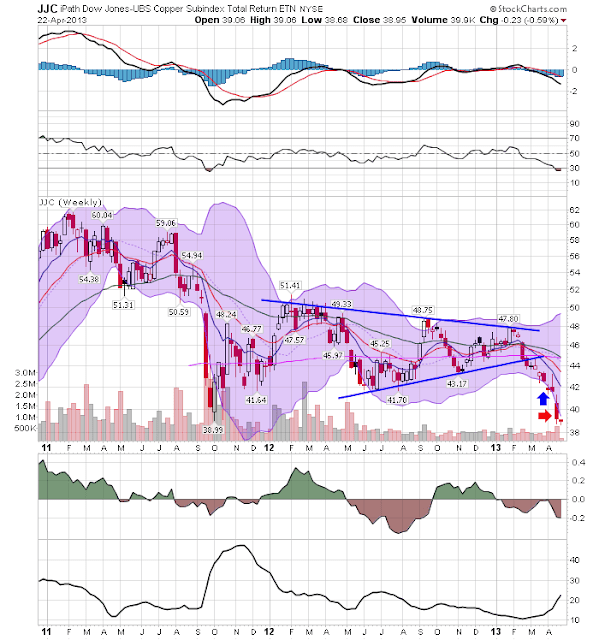 The chart above is a weekly copper chart. 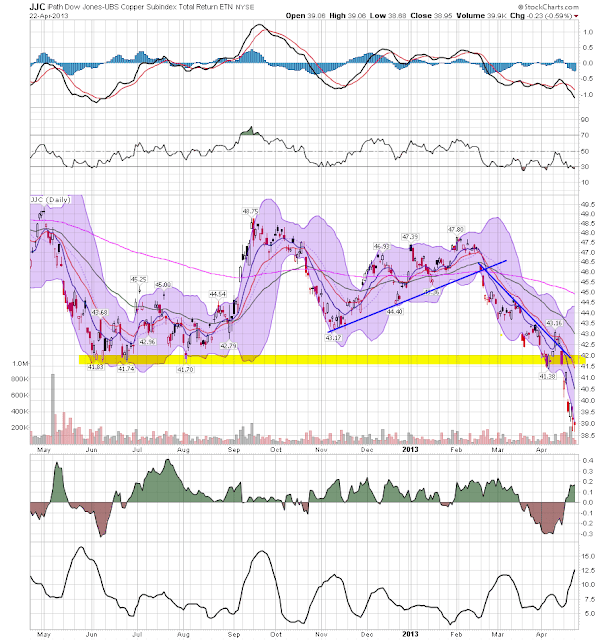 Above is a daily copper chart.