Earlier this week, Markit released their flash estimates of manufacturing activity.  Let's take a look at the readings, starting with the EU as a whole:

The Markit Eurozone PMI® Composite Output Index was unchanged on March’s reading of 46.5 in April, according to the flash estimate. The sub-50
reading indicated a drop in activity for the nineteenth time in the past 20 months, the exception being a marginal increase in January2012.

Activity fell sharply again in both manufacturing and services. While the former saw the steepest rate of decline for four months, the latter saw the downturn
ease slightly compared with March.

The accompanying charts are more telling: 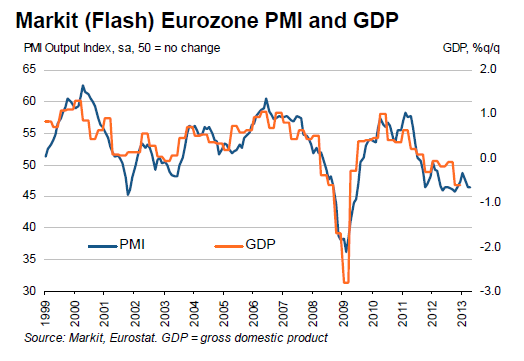 The overall PMI is very telling.  Notice that it has been negative since early 2012.  And while we saw an increase recently, all the gains associated with the increase have been erased.  In short, we're back to weak readings. 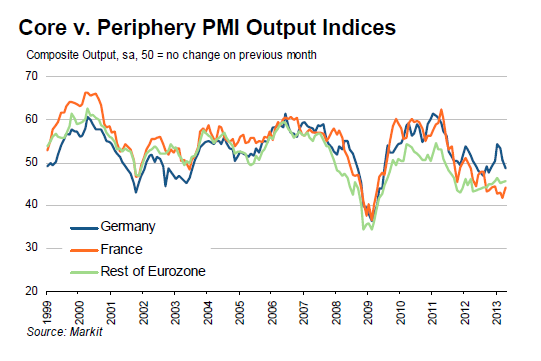 Germany -- which was considered somewhat immune to the effects of the EU recession -- has now printed a negative PMI reading.  Also notice that France's overall numbers are incredibly weak and have been at weak levels for over a year.  Finally, the rest of the EU has been in a contraction for about a year and a half. 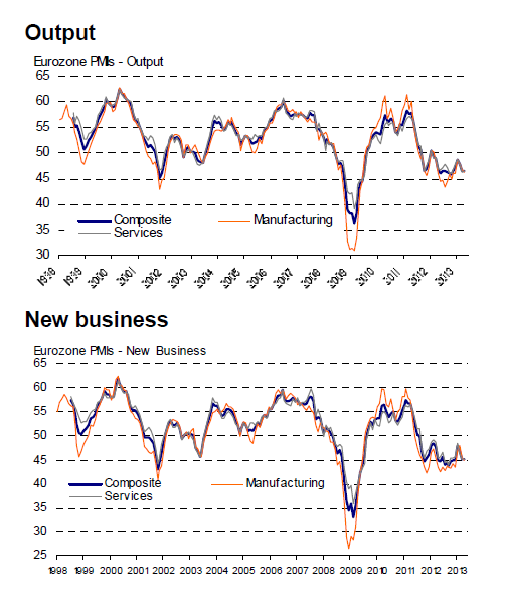 The above charts from the same report show break the data into service, manufacturing and composite reading.  Notice that both output and new business readings have been in negative territory for about a year and a half.