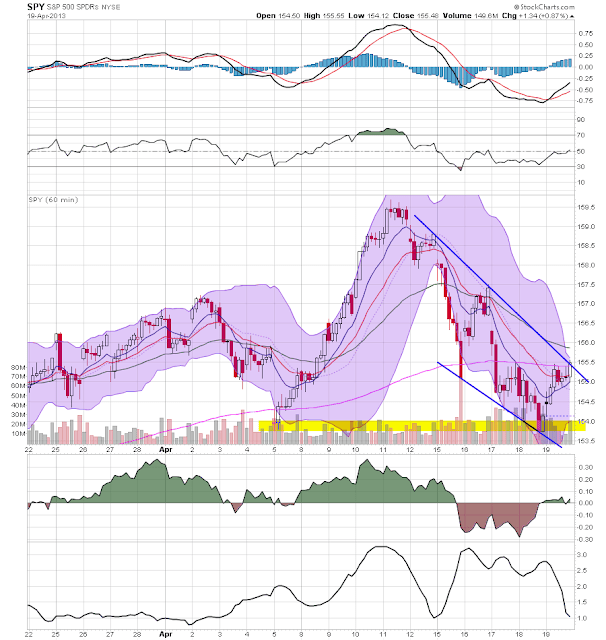 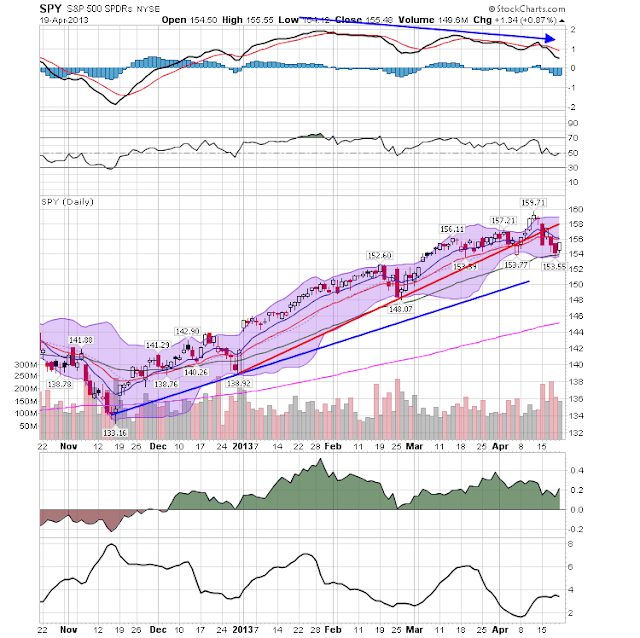 The top chart is a 60 minute chart of the SPYs.
The daily chart shows: 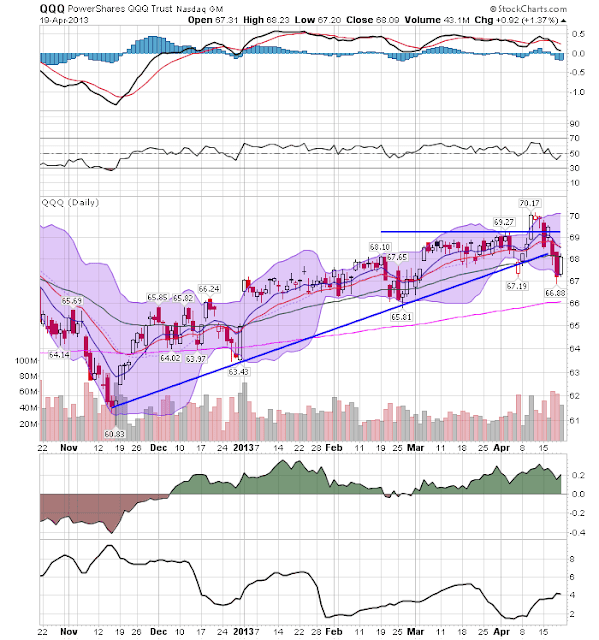 The daily QQQ shows the following 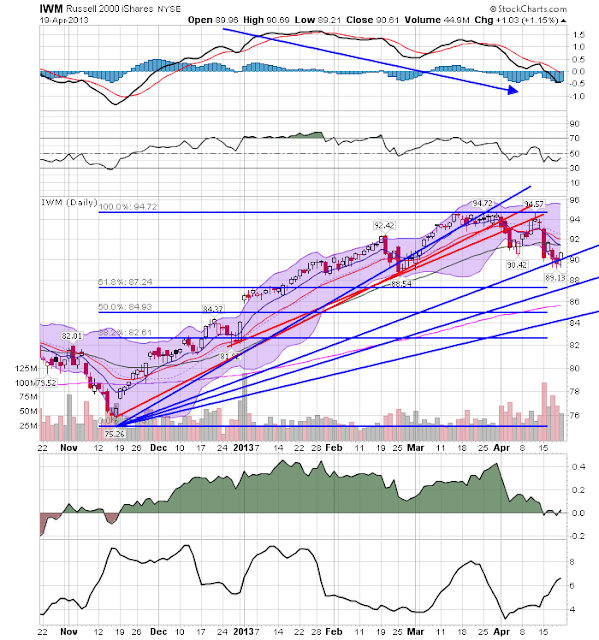 On the daily IWM, notice the following:
Summation: All the major averages are showing weakness in the form of broken trends, downward sloping formations and weakening momentum.  But this is not a major trend yet; instead, it's a disciplined move lower.