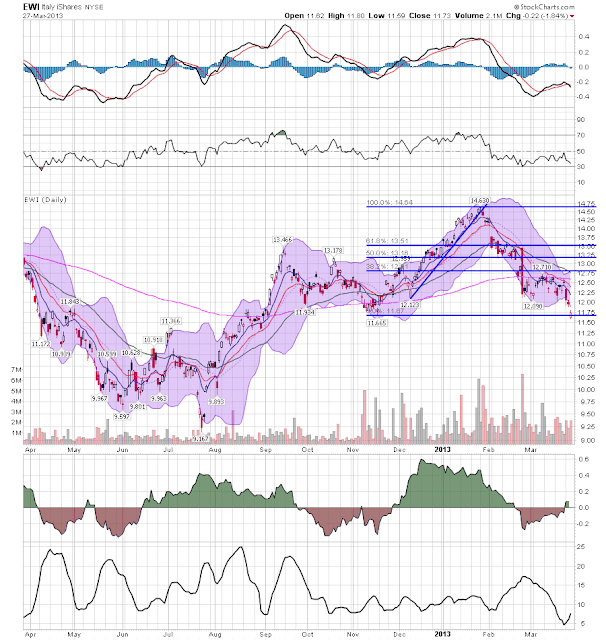 Yesterday, we had more bad news out of Italy: retail sales dropped .5% m/m and 3.4% Y/Y.  In addition, industrial turnover dropped 1.3% m/m and 3/4% Y/Y.  As a result, the market dropping.  On the above ETF, first notice that momentum is already negative, with the MACD giving another sell signal.  In addition, the CMF, although positive, is just barely so.  Finally, prices are below all the EMAs.  Basically, this chart looks like a great short. 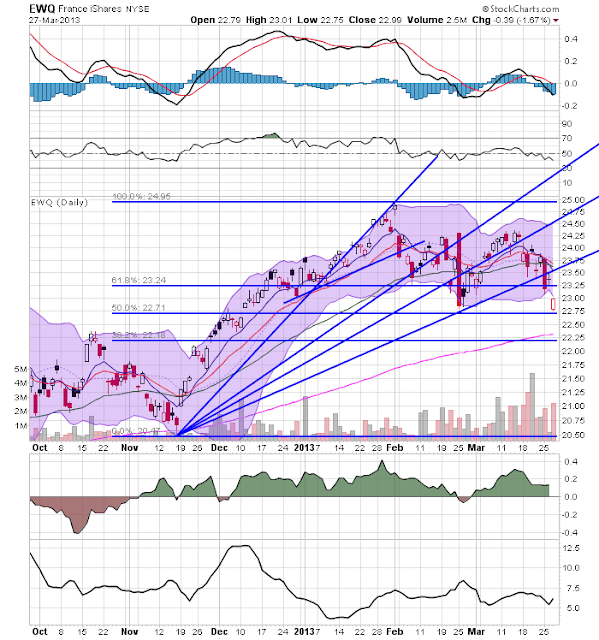 The French ETF dropped as well yesterday.  Yesterday we saw a re-release of the 4th quarter GDP numbers which were very weak. 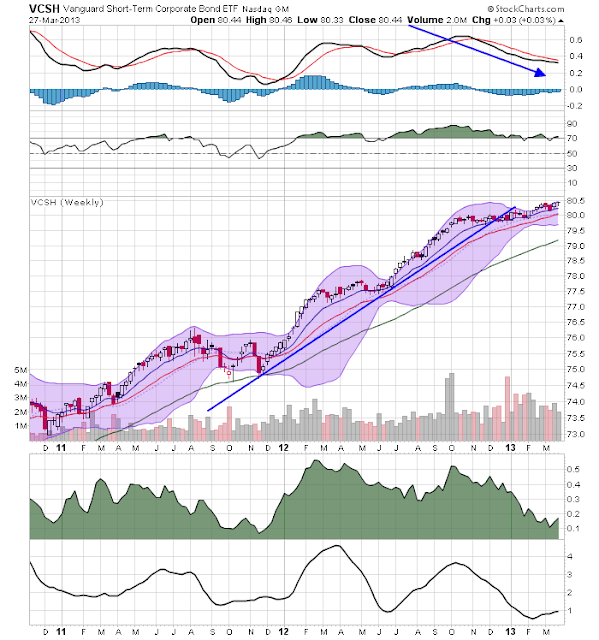 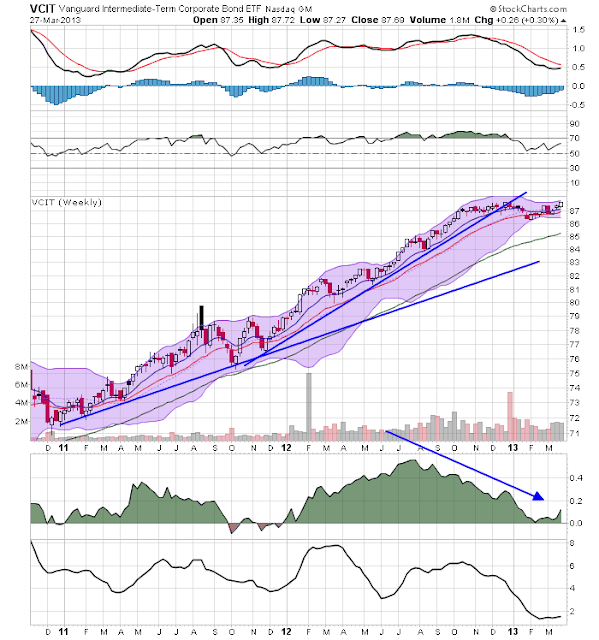 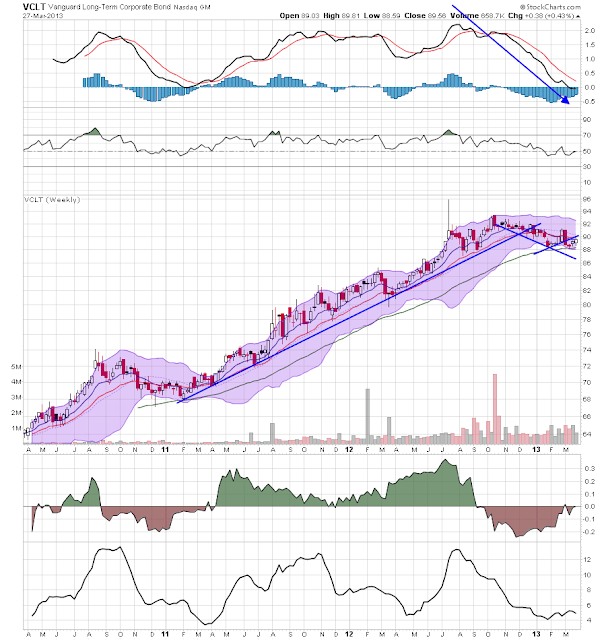 While the treasury market has a permanent bid underneath it from the Fed, the corporate bond market does not.  However, notice that the short term (top chart), intermediate term (middle chart) and long-term (bottom chart) corporate bond markets are all still in strong technical shape, indicating that some form of the safety bid is still in play in the market. 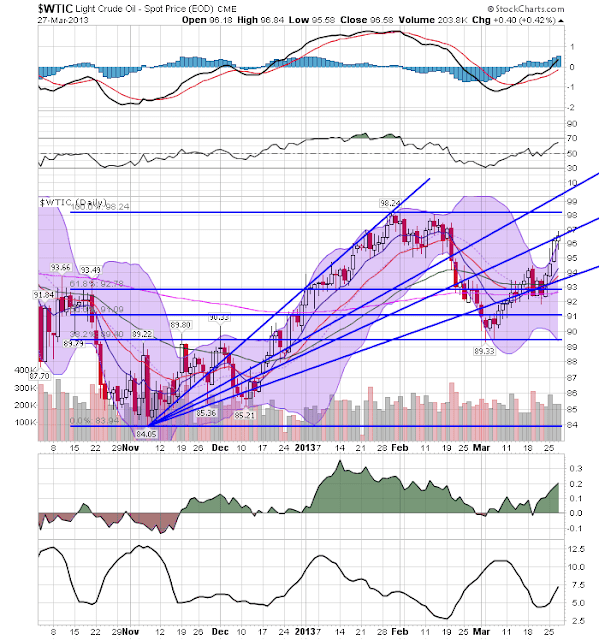 The oil market moved higher again yesterday.  A move through these levels (roughly 96.5%) would make the 98 level the next logical target.