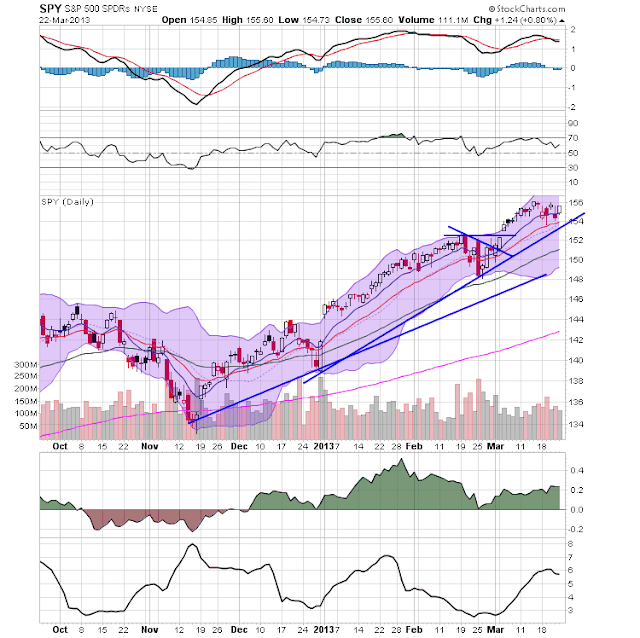 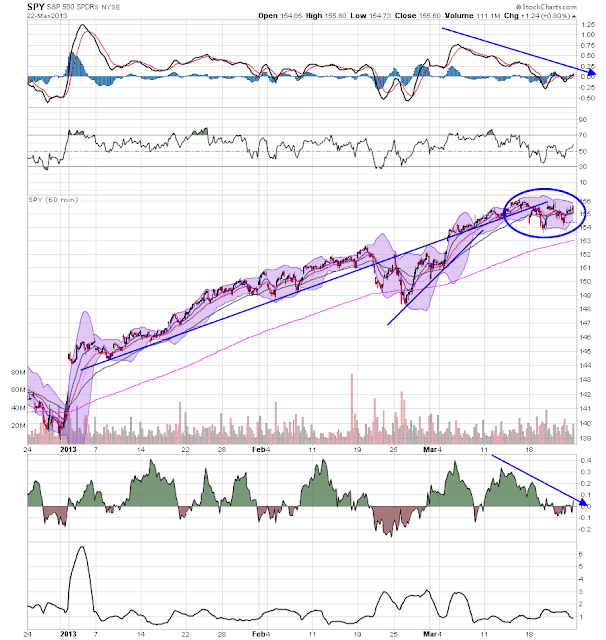 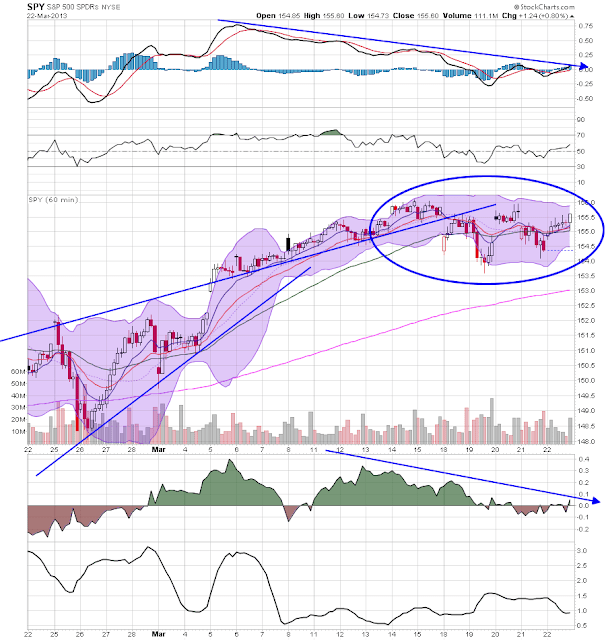 The daily SPY chart (top chart) shows that after hitting the 156 level, the SPYs are now consolidating sideways.  All uptrends are still intact with prices using the 10 and 20 day EMA for technical support.  The MACD has given a sell-signal.

On the 60 minute chart (middle and bottom chart) we see that prices have broken the trend line that started at the beginning of the year.  Prices briefly broke this trend line in late February, but forming an inverse head and shoulders formation from which they rebounded.  Now, prices have clearly broken this trend, which is better seen in the bottom chart.  Also note the declining MACD and CMF, telling us that momentum is weakening and money is flowing out of the market right now. 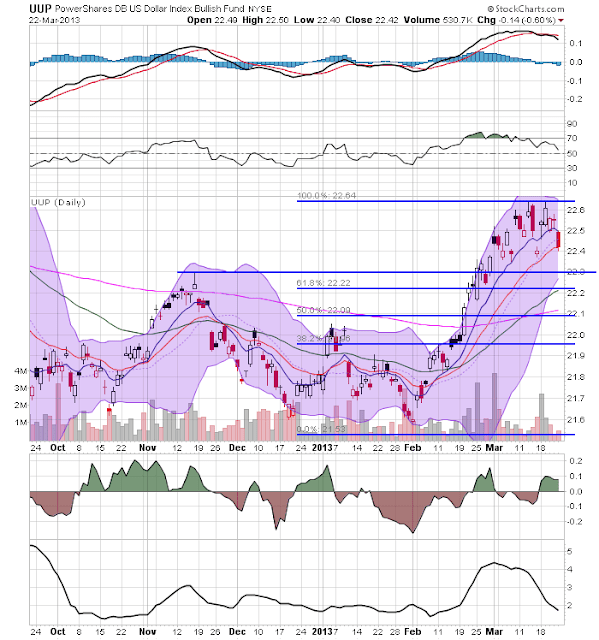 Starting in early February, the dollar became the beneficiary of the "safety bid" in the market, which led to the sharp rally from 21.6 -- a rally of about 4.5%.  Now, prices appear to have hit a short-term top and are retreating a bit.  The MACD has given a sell-signal and prices are using the EMAs for technical support.  The most likely short-term price target is 22.3 -- the peak from the early/mid November.