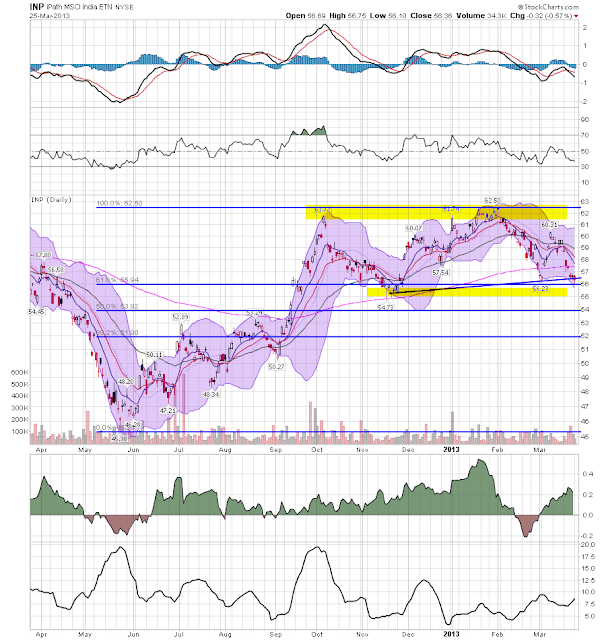 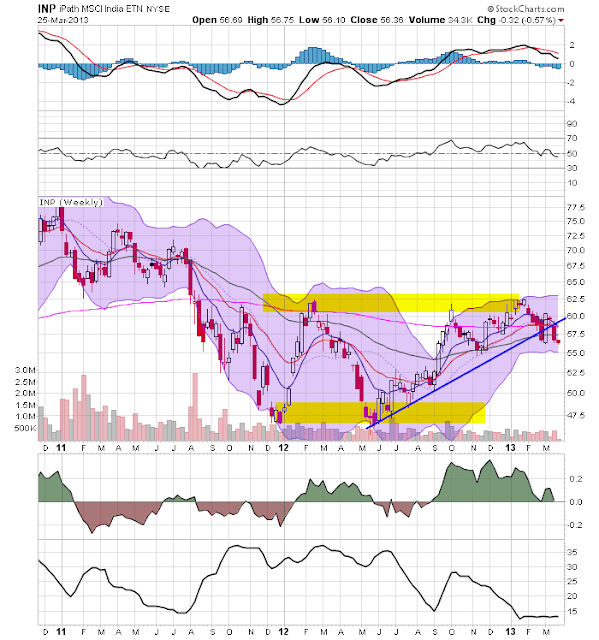 Of the international market I watch, the Indian market has been one of the worst performers.  The daily chart (top chart) shows that prices have been trading between 56 and 62 for the last six months.  Over the same period, momentum has been dropping and price strength has been declining.  Prices are now at the lower end of their trading range and are below the 200 day EMA.

The weekly chart (bottom chart) shows the damage to be afar reaching.  Prices have broken an uptrend that started mid summer 2012.  The MACD has given a sell signal and the CMF reading is decreasing.  Prices are also below all the EMAs. 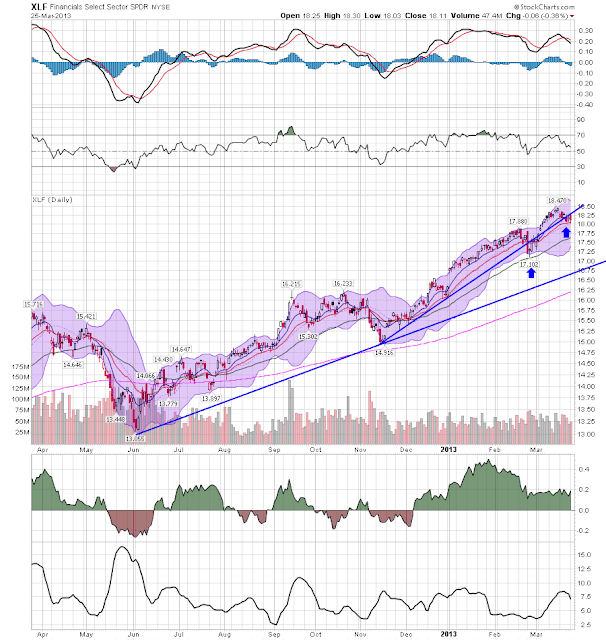 The financial services ETF has broken trend again.  It it so at the end of February, but quickly rebounded.  So far, the currently trend break is not technically debilitating.  Prices are still above the EMAs and the CMF is still positive.  However, we are seeing a weakening MACD picture which may prove damaging in the short term. 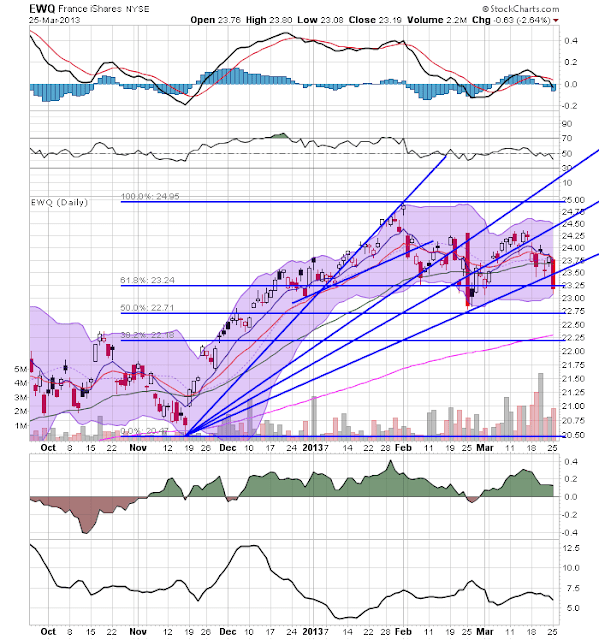 As I've written several times, the French economy is in poor shape.  Yesterday -- despite the positive news from Cyprus -- the French ETF dropped 2.6%.  Most importantly, prices price the lower Fib fan and are now at the top Gib level from the mid-November - early November rally.   A big issue with this chart is the weakening momentum reading. 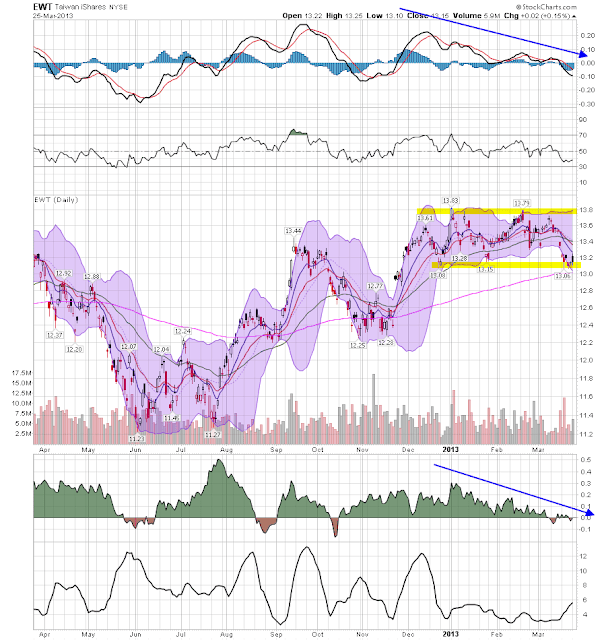 The Taiwanese ETF has been in a trading range between 13.1 and 13.8.  However, the techncials (declining momentum and volume participation) indicate continued deterioration.