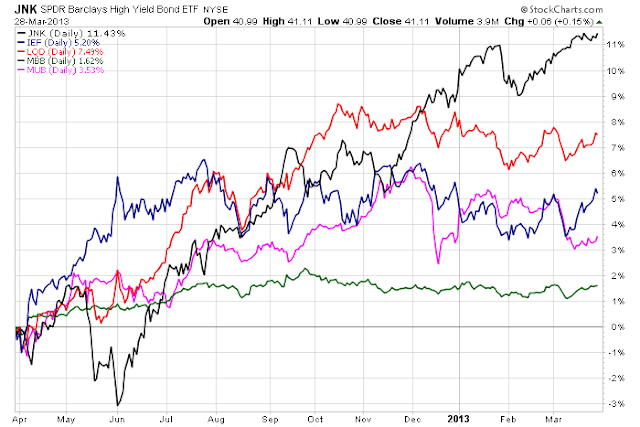 Let's start with a comparison chart of four fixed income bond markets over the last year: the junk bond market (blue line) municipal market (green line) treasury market (black line) and mortgage back market (red line).  There are a few interesting points about this graph.  First, the clear winner is the junk market, which has gained about 11%.  Second, the corporate bond market returned 8.5%, but hit that total in mid-October.  Third, notice the treasury and municipal market.  The treasury market hit that number in October and the mortgage market hit it in late November.  Since then, both have been stagnant.

The point is that with the exception of the junk bond market, all other fixed income market have been stagnant for the last 5-6 months. 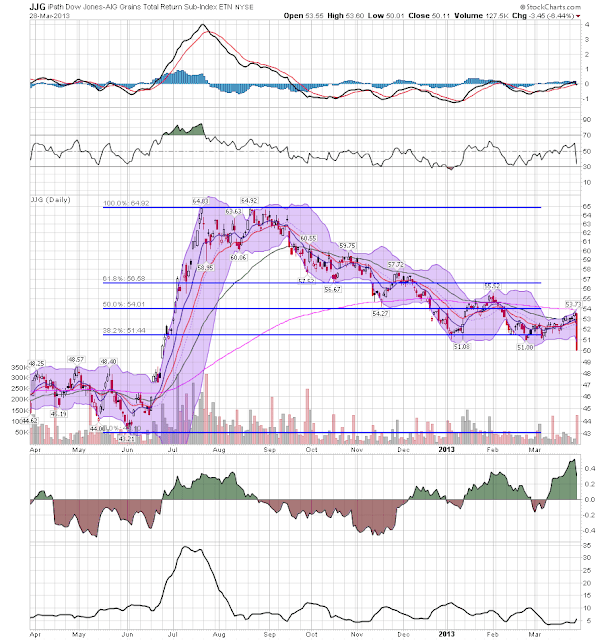 Corn plunged the most since May, sparking a slump in soybeans and wheat, after the government said U.S. inventories were bigger than analysts forecast and that farmers will plant the most since 1936.

Inventories of corn on March 1 totaled 5.399 billion bushels in the U.S., the world’s biggest grower and exporter, the Department of Agriculture said today. While that’s down 10 percent from 2012 and a nine-year low, analysts expected 4.995 billion. Farmers will sow 97.282 million acres, up from 97.155 million in 2012 and the most in 77 years, the USDA said. 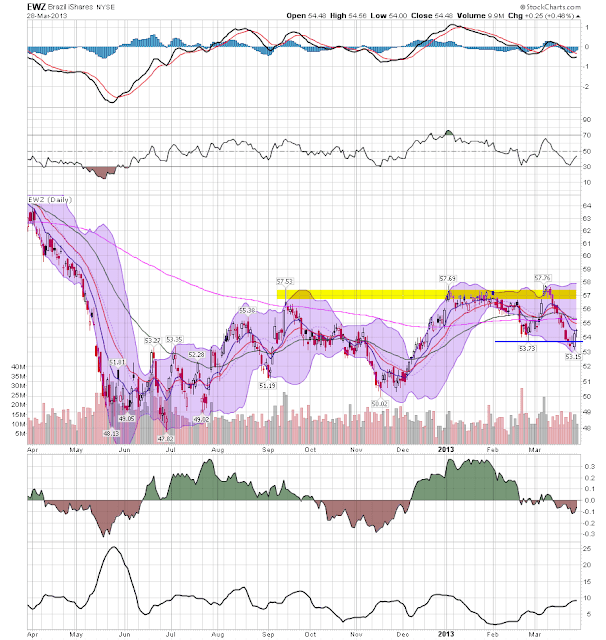 Several recent articles in the Financial Times have highlighted the problems faced by Brazil -- a slowing economy withing rising inflationary pressure (see here and here).  As a result, the Brazil ETF shouldn't be expected to perform well -- which it hasn't done for the last nine months. 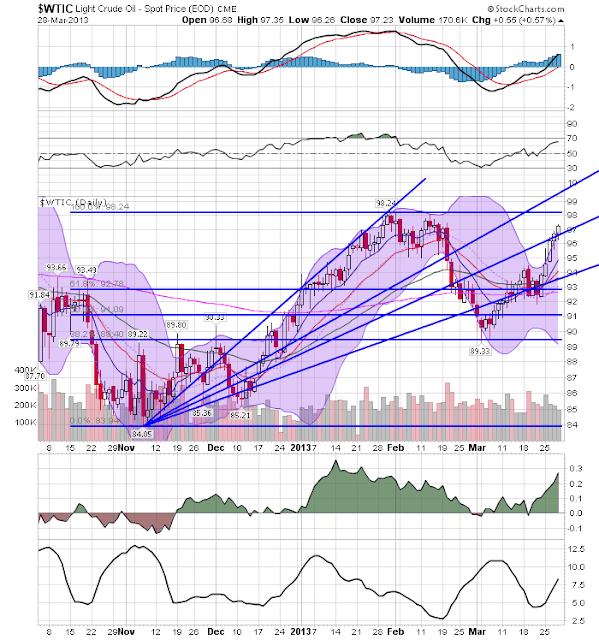 Oil has been rallying all week.  Yesterday, it punched through resistance from the Fib fans.  It now has clear sailing to the 998 price level.