US Performing Far Better Than the Baltics

Last week there was a weblog uproar over comments made by Professor Krugman about Estonia.  In a BBC broadcast debate, a promoter of Austerity measures used Estonia as an example of a country that had had a good experience with austerity -- a contention which was dismissed by Professor Krugman.  Supposedly, the president of Estonia issued several tweets in response to professor Krugman's statements.

So, let's look at the real, seasonally adjusted GDPs of the Baltic states, starting with Estonia: 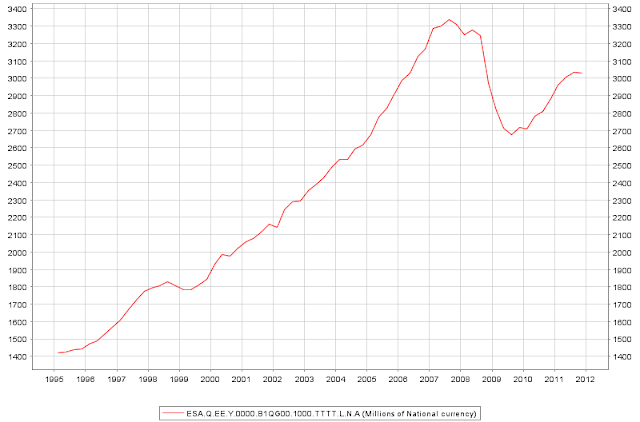 Several points jump out.  Simply eyeballing the chart, Estonia's GDP dropped about 18% -- which is a pretty serious hit.  And while it has been growing, growth is softening over the last few quarters. 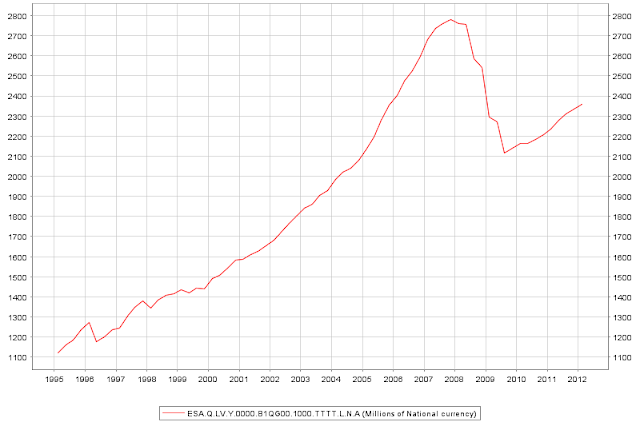 Latvia's GDP contraction was more severe -- their GDP dropped nearly 24%.  However, they have been growing since mid 2009.  But they are only about 1/3 of the way to achieving their' GDP from before the contraction. 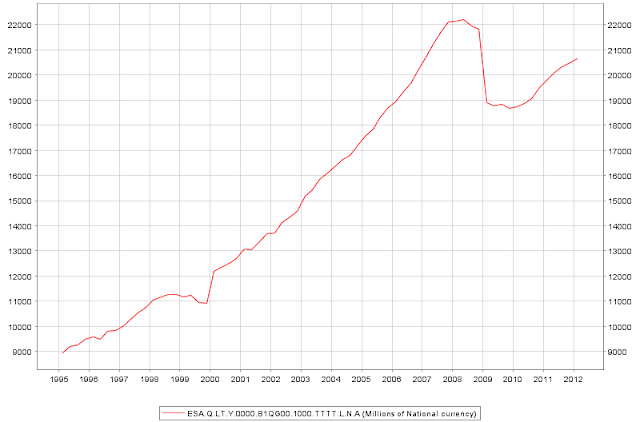 And Lithuania's GDP contacted about 13%, but has also regained momentum.  However, they are still about halfway below their pre-austerity GDP.

Finally, there is this chart of real US GDP: 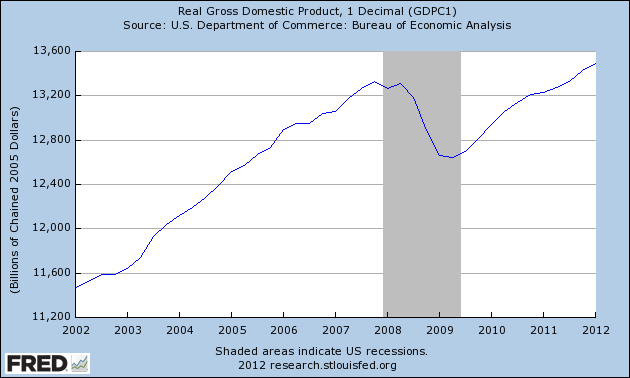 Total US real GDP is now higher than at the height of the last expansion.

So, the US -- which engaged in stimulus spending -- had a less severe contraction than then Baltics.  In addition, our GDP is now higher than pre-recession levels.  In short the US' GDP picture is far better than the Baltics. 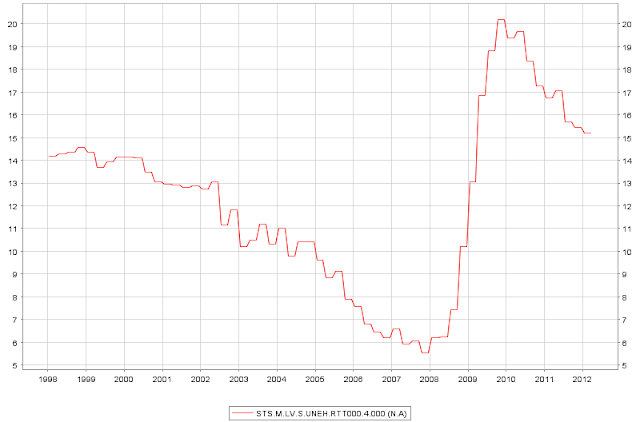 Latvian unemployment spiked to 20%, but has now dropped to 15%. 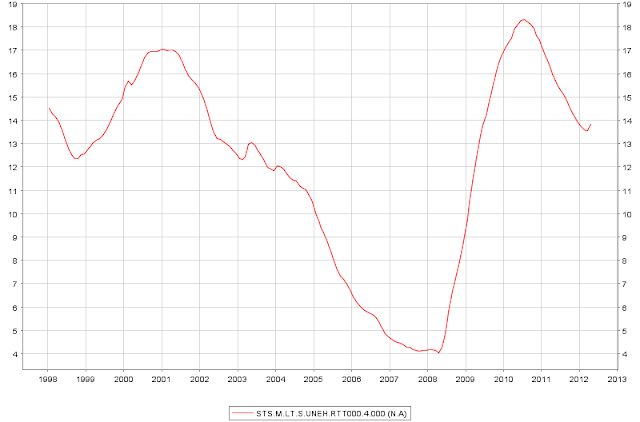 Lithuanian unemployment spiked to 18%, but has now dropped to 14%.

I could find no data for Estonian unemployment.  Please provide a link in the comments section if you find it.

Compare that to the US' chart: 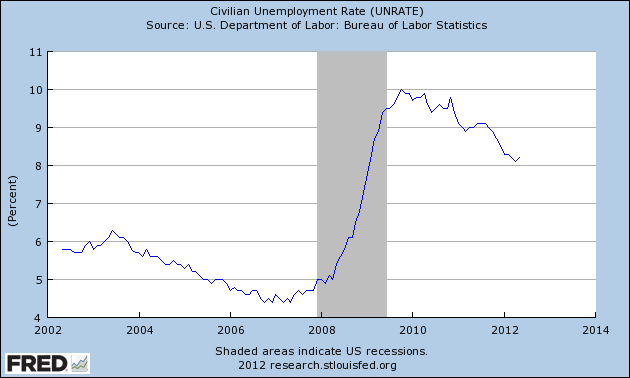 So on a GDP and unemployment comparison we see the following:

Promoters of austerity will look at the charts of the Baltics and say, "let's do that in the U.S."  However, is that a good policy for the largest economy in the world to engineer?  The Baltic states are tiny in comparison to other economies; not to downplay their importance, but they really are not major players on the world economic stage.

Compare that to the US, which is still the largest consumer market by far and the world's largest exporter.  Out yield curve is a building block of world interest rates; our equity markets are some of the most liquid and most important in the world.  Remember how the shock of last year's debt negotiations gave the world markets a cold?  Increase the magnitude 5x and you'll get an idea for what a would happen if the US engineered that type of move.

And finally, when looking at the Baltics, consider this observation:


One thing we can say for sure, however, is that the kind of drastic fiscal austerity that proved feasible in Latvia would not be possible in many other countries.  Rimševičs and others stress that Latvian policy was successful because they took it on the chin and implemented the fiscal measures with speed and determination.   Perhaps.  But it is also true that they got away with vastly underestimating the costs of their measures.  Latvian policy makers had expected a 10% fall in GDP in 2009; instead they got one that was nearly twice as large.  The real secret of their success is that they did not have a revolution on their hands.

Several economic contractions create civil unrest.  And not just a few hundred people in the street, but massive outpourings of people who have the propensity to get violent.
Posted by Unknown at 10:00:00 AM