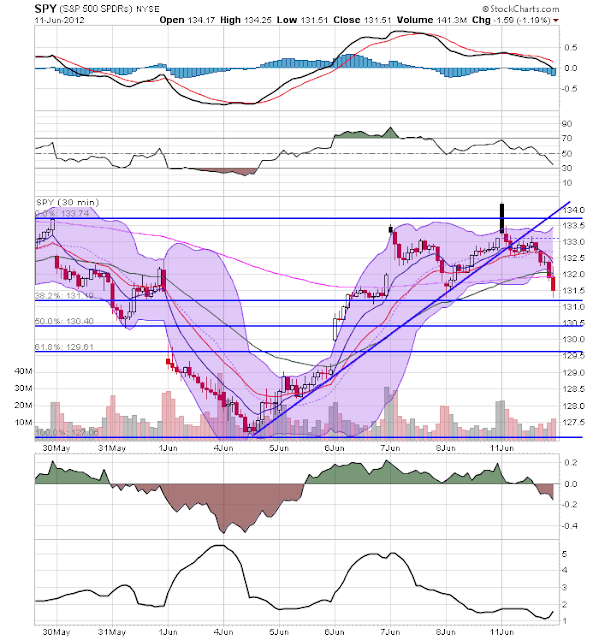 Despite news of the Spanish bailout, the SPYs performed poorly yesterday.  Prices gapped higher at the open, dropped to the 10 and 20 minute EMAs, but then sold off near the end of trading, closing just about the 38.2% Fibonacci line. 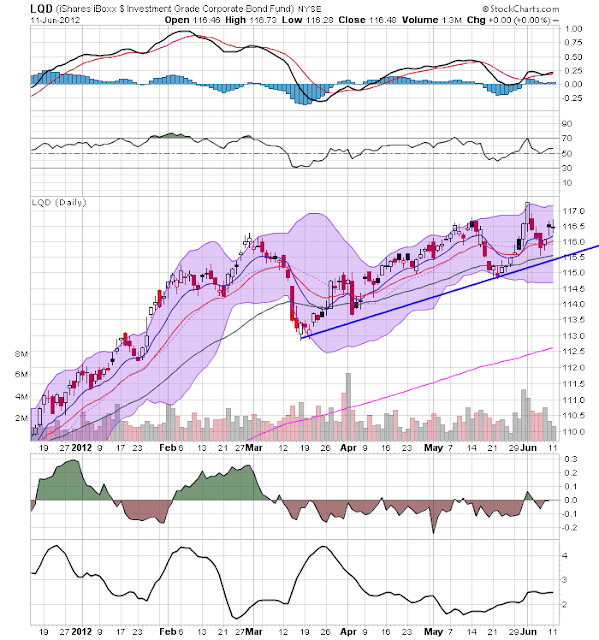 In general, the LQDs are still in a rally.  But notice the weakening MACD position and the negative reading on the CMF for the duration of the latest rally.  These are not bullish readings, not do they confirm the rally. 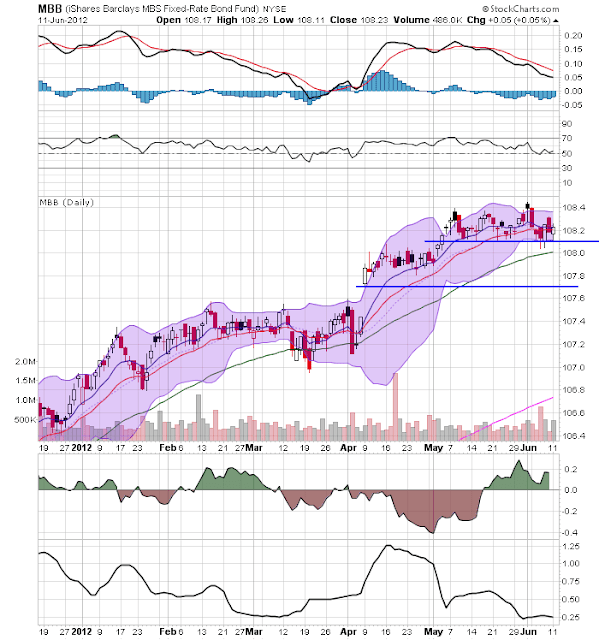 In addition, the MBBS have been trading right around the 108 area for a little more than a month.  However, over that time momentum has dropped and volatility has decreased.

The above two charts are fixed-income markets that traders would reach for in a move to gain a little extra yield, rather than purchasing treasuries.  There are two possible explanations for the weakness.  First that traders are concerned about these area of the market and are starting to make a "risk off" play.  The second is traders are looking to move money from fixed income into equities, thinking that the fixed income rally has run its course. 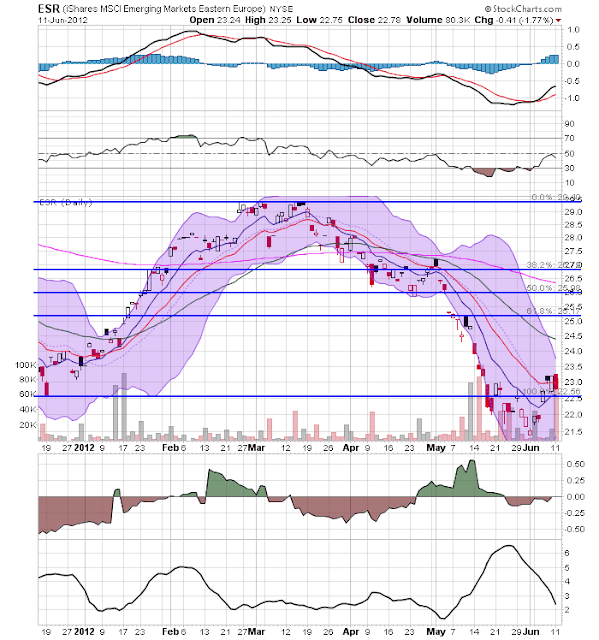 Emerging Europe has been in a decline for the last three months, dropping a little over 20%.  Prices have rebounded over the last week, but until we see strong moves higher (a move of over 10%), it's just a technical rebound. 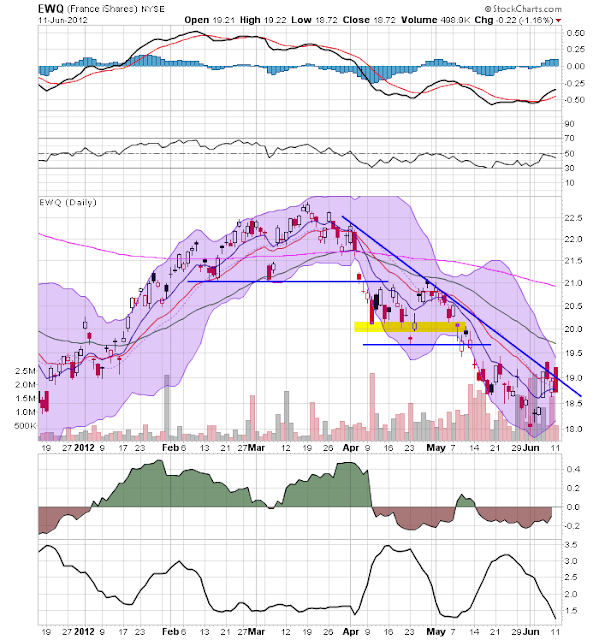 The Spanish market is in terrible technical shape.  First, the longer EMAs are moving lower -- never a good sign.  Momentum is in fairly negative territory and the CMF is showing a net outflow of cash.  About the only good sign is the declining volatility, which may indicate that a bottom is close to being hit.
Posted by Unknown at 6:00:00 AM