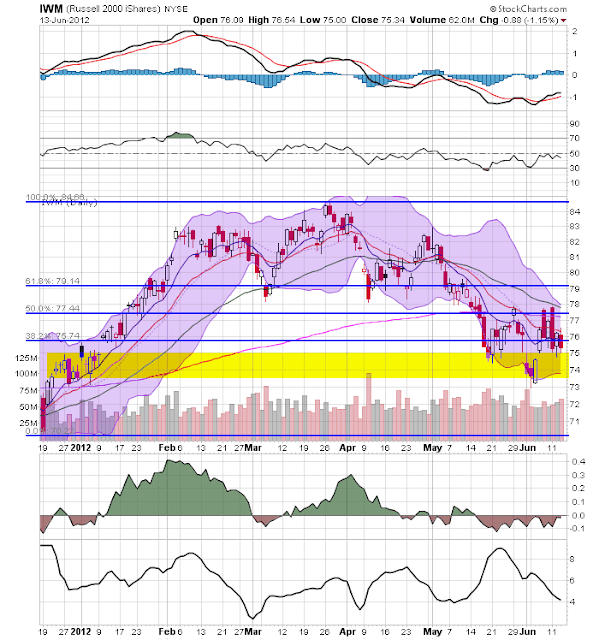 The daily IWM chart shows that prices have held support in from the 72-74 area, where we saw a price cluster established at the end of last year.  Prices are still below the 200 day EMA, but the 10 and 20 day EMA are now moving sideways and volatility is dropping.  While the MACD has given a buy signal, it's still negative and there is still a fair amount of risk off sentiment in the market.

You could make an argument (although I think a weak one) that prices have formed a reverse head and shoulders formation over the last three or so weeks. 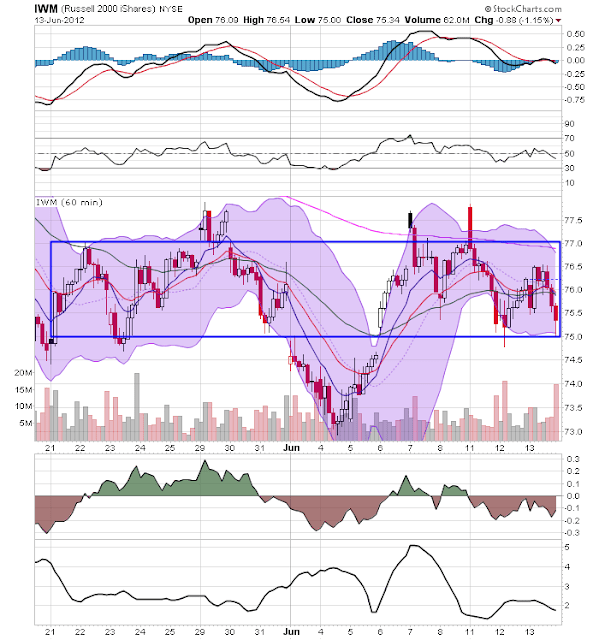 The 60 minute chart shows that prices have held in the 75-77 area for the last three weeks -- a sign that sentiment is at least stabilizing. 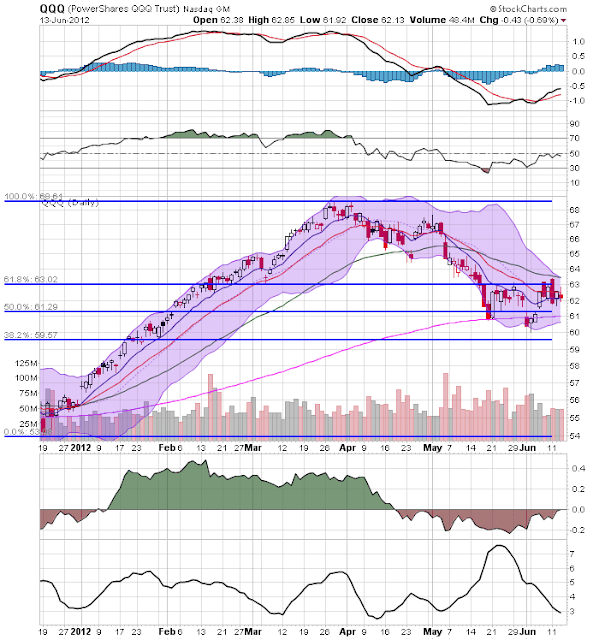 \We see a similar situation developing with the QQQs, although here prices are stabilizing about the 200 day EMA. 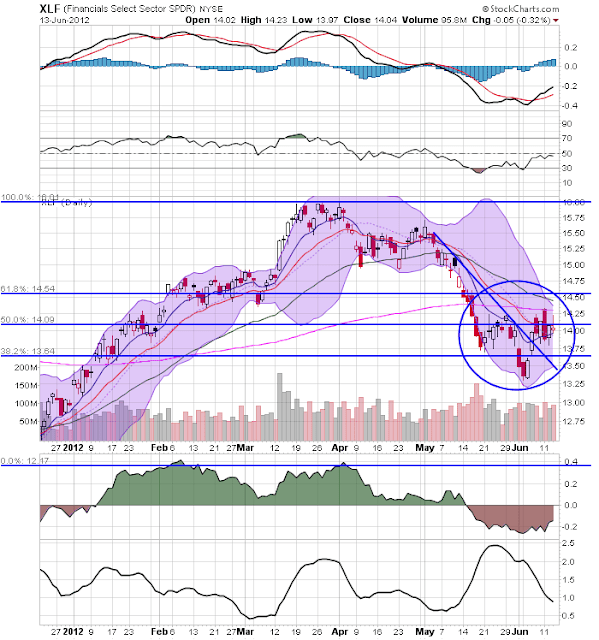 Notice on the financials we also see a possible reverse head and shoulders formation.  I'm a little more confident in that analysis with this chart. 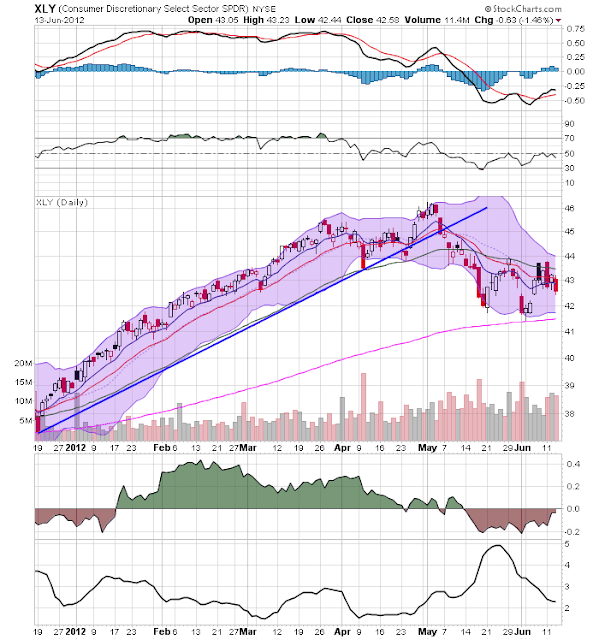 The XLY's (consumer discretionary) has also leveled off are dropping from 46-41.5 -- about a 10% drop which is firmly in the correction but not bear market territory.  The key here is a move above 44 or below the 200 day EMA.