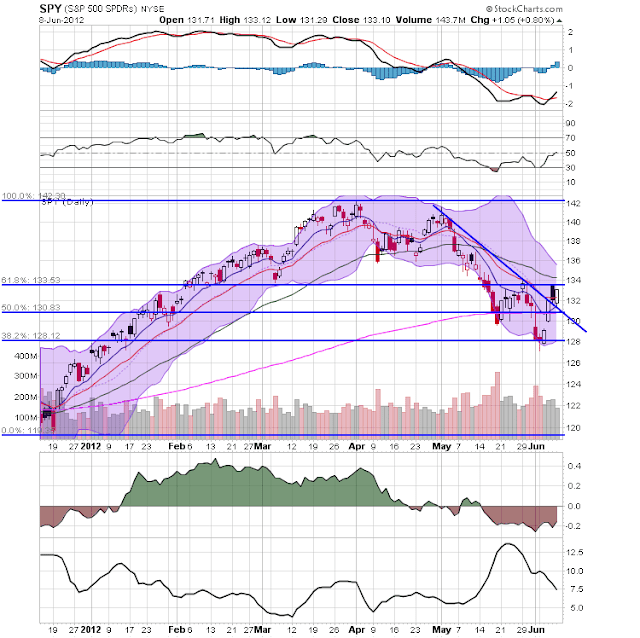 The daily SPY chart shows that prices have stabilized for now.  In mid-May, prices hit the 200 day EMA, rallied into the 20 day EMA then moved lower over the next few trading sessions.   Last week, prices rallied above the 200 day EMA and the downward sloping trend line.  The MACD has stabilized (although still in negative territory) and volatility is dropping. 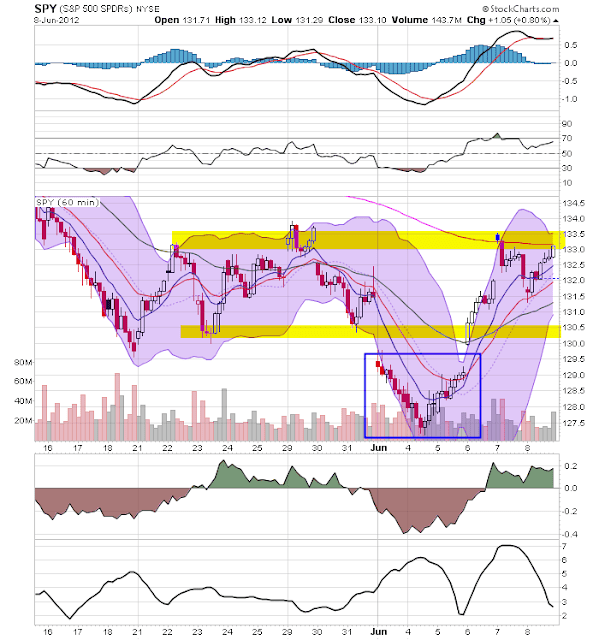 The 60 minute chart gives the needed detail.  There is a tremendous amount of price action between 130.5 and 133.5 over the last two weeks.  Prices dipped lower at the beginning of June, but formed a "V" bottom.  Since then, price are now back near the top of the trading range. 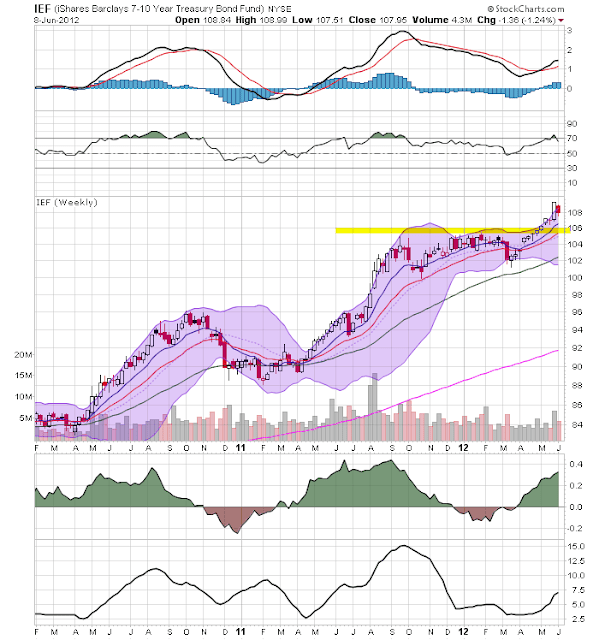 At the same time, the weekly IEF charts shows that treasuries are still rallying.  They've broached the 106 level and moved through 108, only to sell off a touch last week.  But the underlying technicals -- rising EMAs. CMF and MACD -- indicate an overall bullish environment. 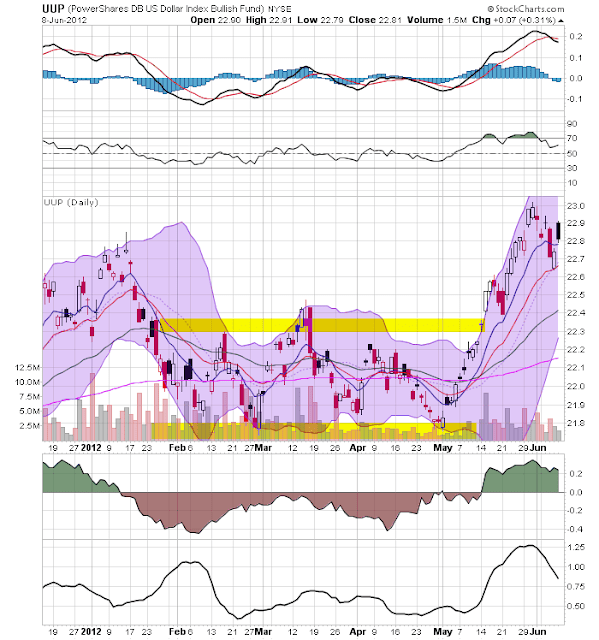 The dollar fell last week, finding support at the 20 day EMA.  Notice the MACD has given a sell signal and volatility has dropped since the beginning of the month.  A consolidation move here between the 22.7 and 23 level wouldn't be a surprise. 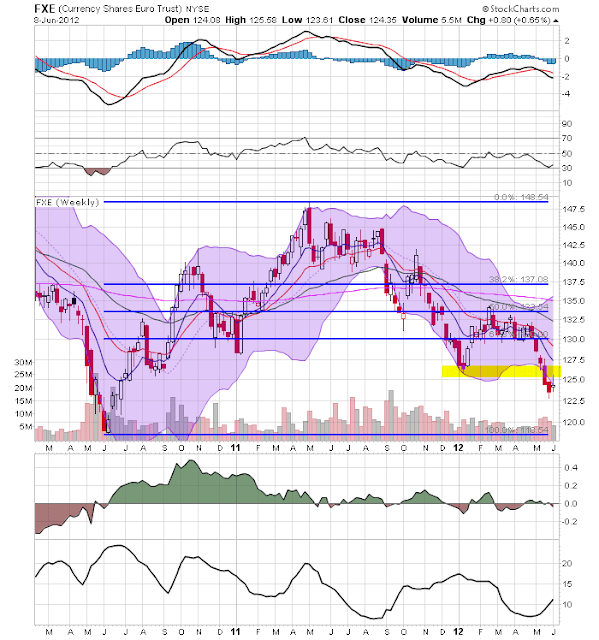 the euro is the real story in the FX markets.  The weekly chart is extremely bearish -- all the EMAs are moving lower, the shorter EMAs are below the longer EMAs, volatility is increasing, the MACD is negative and moving lower.  Given that prices are now below the 38.2% Fibonacci level of the mid-2010-mid-2011 rally, the next logical price target is the low from June 2010.