A Closer Look At Monetary Velocity 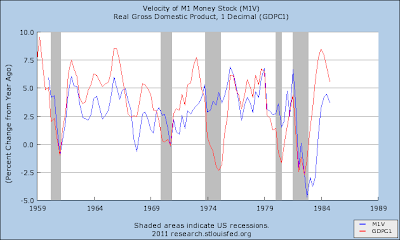 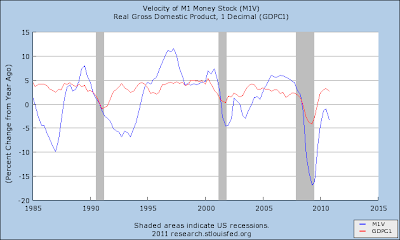 The M1/GDP YOY percentage change relationship breaks down in the 1990s but returns to a certain extent in the 2000s. In the 2000s there is a very general arcing pattern to M1s chart as with GDP -- but this is a general relationship. 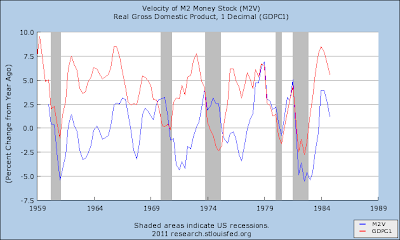 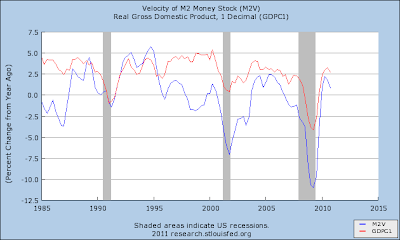 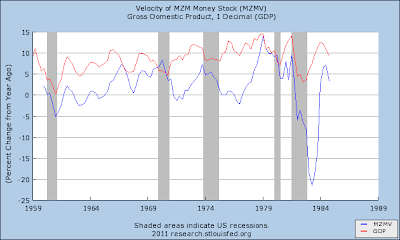 With the exception of the mid-1970s, MZM and GDP's YOY percentage change in velocity show a strong correlation. 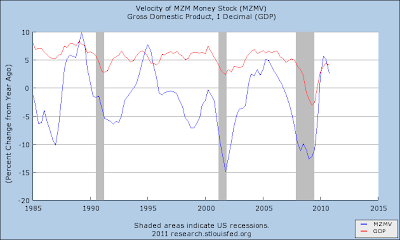 From 1985 until 2000 MZM's yearly percentage change becomes very volatile relative to the GDP change. During this period there appears to be little relationship between velocity and GDP. However, the MZM/GDP correlation returns over the last 10 years.