Finally, let's take a look at Equipment and Software investment. 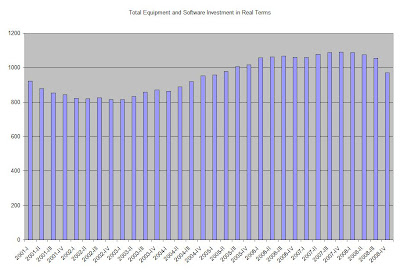 On a real basis, total equipment and software investment has stood between $819 billion and $1.09 trillion over the last expansion. In other words, it's been a fairly constant value in absolute terms. 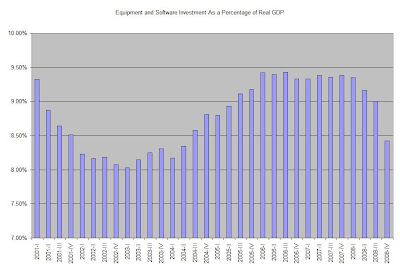 Also note that as a percentage of GDP E and S investment has been pretty constant as well, varying at the most by 1.5% throughout the expansion. 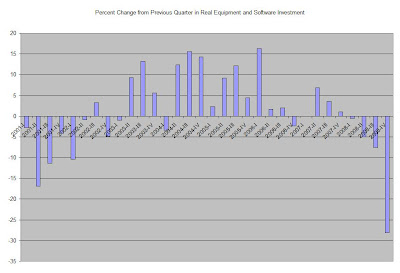 E and S investment stopped in the second quarter of 2006 and has been increasing at mostly slow increments since then. There were two quarters (2Q and 3Q 2007) when there was a nice spike up, but aside from those two quarters the net increase has been pretty subdued. Finally, notice that in the last quarter there was a huge drop from the previous quarter in overall real investment. That is not a good sign.
Posted by Unknown at 1:30:00 PM