A Closer Look at GDP -- Exports and Imports

The US is a net importer -- meaning we import more than we export. Therefore, this sub-category of GDP subtracts from overall economic growth. The reason is simple: when a country imports more than it exports it sends more money overseas from trade than it receives from the goods it sells. Therefore, there is a new outflow of funds as the result of trade.

Let's start with a graph of real exports: 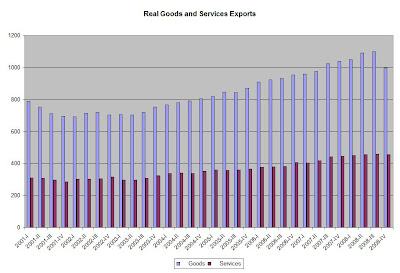 This chart tells us some important information. First, the US exports about twice as many goods as services. In addition, until the first quarter of this year, real exports were increasing at a strong rate as were services. In other words, the US wasn't the laggard it is often portrayed as in the press. 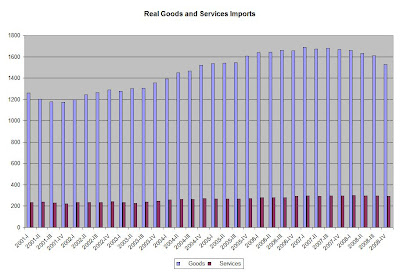 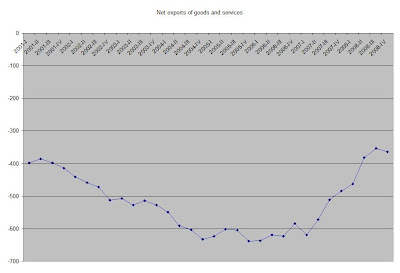