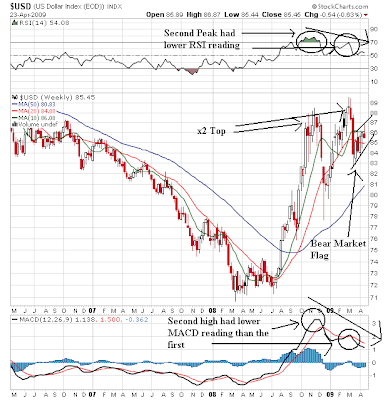 The weekly charts shows the dollar made a double top with the first top occurring at the end of last year and the second top occurring at the end to the first quarter of this year. However, also note the second top had a lower RSI and MACD reading making it suspect. The dollar has since sold off but is currently in a bear market flag pattern. Finally, notice that prices and the 10 and 20 week SMA are in a tight formation indicating a lack of overall direction. 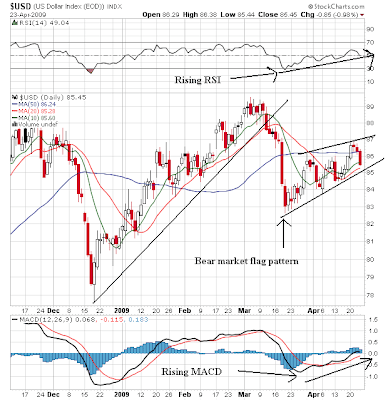 The above chart shows more clearly the trend break from the second top and the current bear market pennant pattern. While the MACD and the RSI are rising, notice that prices haven't jumped higher in one direction or the other. Instead, they're in a tightly contained pattern. Also note that prices are the SMAs are in a tight pattern indicating an overall lack of direction.
Posted by Unknown at 6:25:00 AM