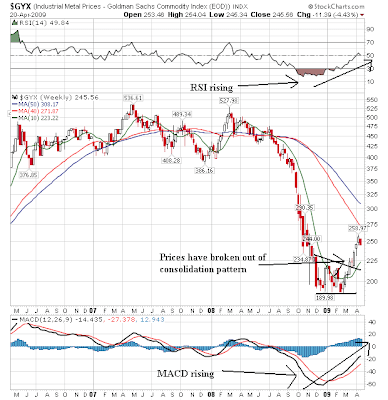 The industrial metals market broke out of a triangle consolidation pattern a few weeks ago and has been rallying ever since. While it is currently pulling back that is to be expected after a strong run. In addition, traders are probably questioning a bit their decision to bid up prices in the face of an economy that isn't really going anywhere just yet. However, the MACD and RSI are still rising and the 10 week SMA is positive. 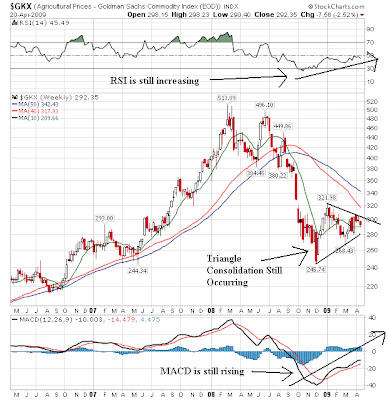 Agricultural prices are still bottoming in a triangle formation. Prices are still tangled with the 10 week SMA and are below the 20 and 50 week SMA. In addition, the MACD are RSI are still rising, although the RSI is a bit weak.
Posted by Unknown at 5:00:00 AM