Today I'm going to look at government spending and GDP so see what the numbers tell us. All of the numbers are in chained 2000 dollars. As always, click on all images for a larger image. 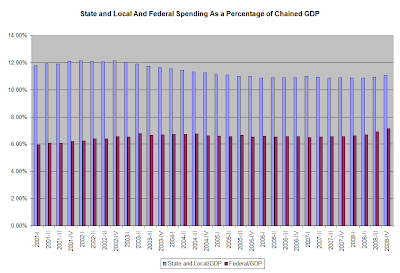 Above is a chart of the respective percentage of GDP of state/local and federal spending. Notice that state and local is by far the largest amount of spending. However, this is a but of a misnomer as the Federal government gives money to states in a variety of ways. So, 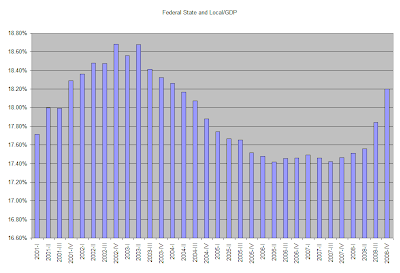 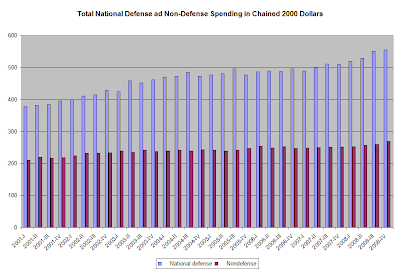 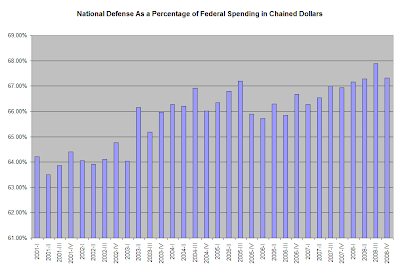