Real weekly wages decreased from 1972 to 1996 and increased slightly after that. However, real average weekly wages are still below their 1964 level in 2008. Let's add two more charts to the mix. 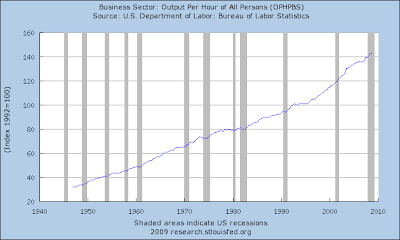 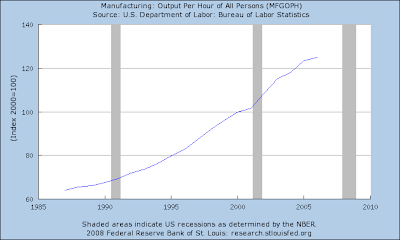 I wasn't sure if these graphs overlap in their data sources. But, considering both are increasing it's a bit moot.

Here's the bottom line: hours are decreasing as are wages on an inflation-adjusted basis but productivity is increase. In other words, we're doing more for less.
Posted by Unknown at 1:30:00 PM