For reasons unknown, Latin America is not an important region for the US.  This despite the fact that Mexico is one of our largest trading partners and the regions close geographic relationship to the US.  However, over the last 13 years the Latin American countries have made great economic strides.  Unfortunately, the region's indexes have sold off since the Fed's tapering announcement last spring.  But the sell-off appears to be consolidating.

Let's start by looking an an ETF for the region. 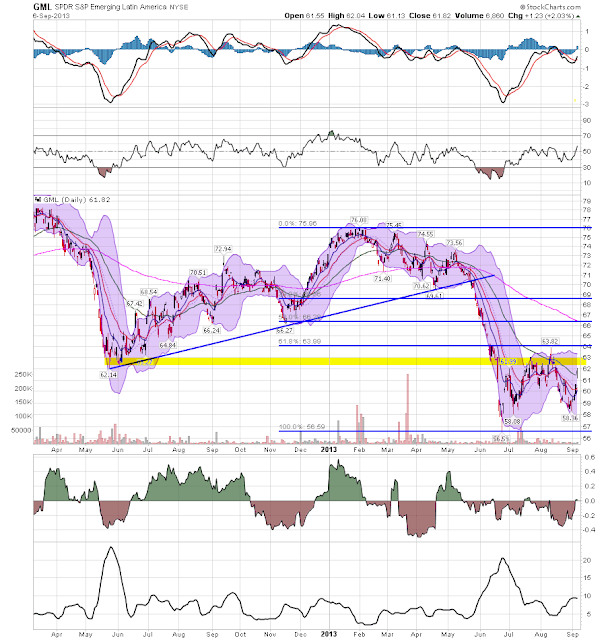 The daily chart shows three important technical events.  The first is the rally that lasted from May 2012 to May/June 2013.  Prices broke support in the late Spring/early summer and dropped sharply, with a total loss of about 26%.  However, prices have since been consolidating their losses between the 56/58 area and 63.

We can break the respective markets down into three categories, with the first being those that are sill consolidating losses. 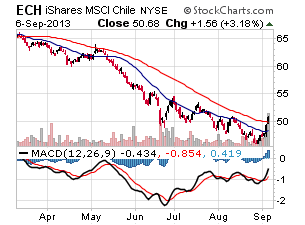 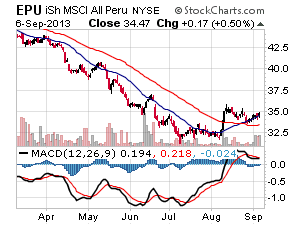 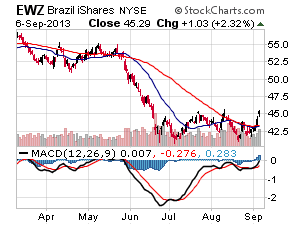 The Chilean ETF (upper left), Peruvian ETF (upper right) and Brazilian ETF (center, above) have all dropped, although at different rates.  But all three appear to have at least stopped their respective descents.  The Chilean ETF's rate of decline decreased substantially, and it now appears to be using the upper 40s as support.  The Peruvian ETF rallied to the 35 area in early August where it is now consolidating gains, the the Brazian ETF is clearly basing in the 42.5-45 area. 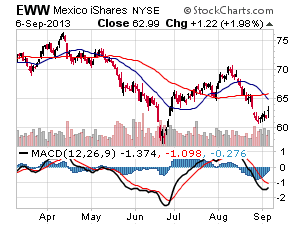 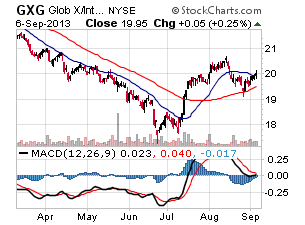 Both the Mexican ETF (left) and the Colombian ETF (right) attempted a rally in June/ July, only to see a sell-off.   But the price drop that ended the rally did not take prices to previous lows. 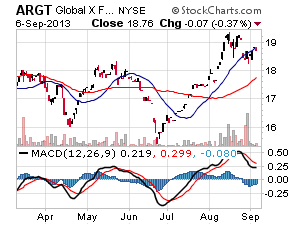 And finally there is Argentina which is actually rallying.

All this despite an overall decent economic environment.

Overall growth, with the exception of Brazil, is still progressing at decent annual rates.

Inflation is a potential problem for all save Argentina.  But while CPI is running hotter than the US, it appears to be at least contained for now.

The region's sell-off is largely due to the Fed's tapering announcement, which led to a large outflow of funds.  However, there is nothing wrong with the economic fundamentals at this time.