Oil is quickly becoming a potential major threat to the economy. 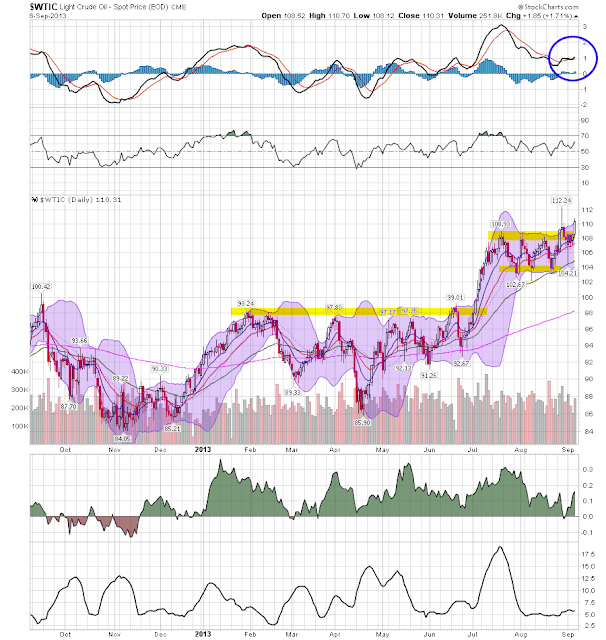 Oil hit resistance at the 98 level five times during the first half of 2013, finally breaking through in July.  Prices consolidated gains between the 102/104 and 108 levels over the summer.  During this time, the MACD declined which means there is now ample upside room for an increase in momentum.  Prices broke through resistance over the last few weeks, with a big upward candle print on Friday.  The MACD also printed a buy signal last week.  Finally, notice the very bullish orientation of the EMAs: all three shorter EMAs (10, 20 and 50) are moving higher, with prices using them as support rather than resistance. 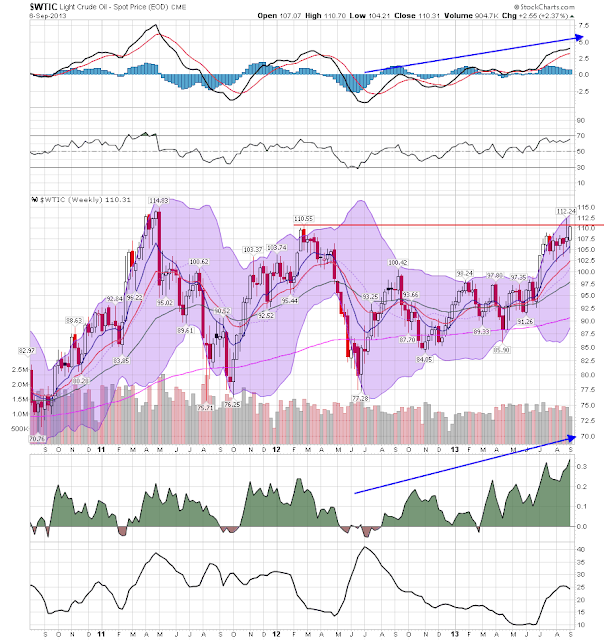 The weekly chart simply increases the upward bullish case.  The EMA picture is very bullish.  Momentum is increasing, and an increasing amount of money is flowing into the market.  Also, there is very little recent upside resistance to slow the advance.

Finally, there is the political side.  With the President putting off Syrian action until Congressional approval is given, he's made sure the Middle East will remain an object of tension for at least another weak.  This adds political uncertainty to the fire, which is also bullish for Oil's price future.

It's rare when the multiple technical time frames line up with fundamental developments to create a bullish scenario.  When they do, it's hard to not argue to go long.