The news coming out of China has been very positive over the last few months:

Chinese industrial output, investment and retail sales all strengthened in August, the latest evidence of an upswing in growth in the world’s second-biggest economy.

Coming on the heels of robust export figures and muted inflation, the recent data leave little doubt that the Chinese economy has rebounded after a shaky half-year. Although analysts still question the durability of the recovery, China’s strong run of form should help the government hit its target of 7.5 per cent growth this year.

This has been positive for the Chinese market: 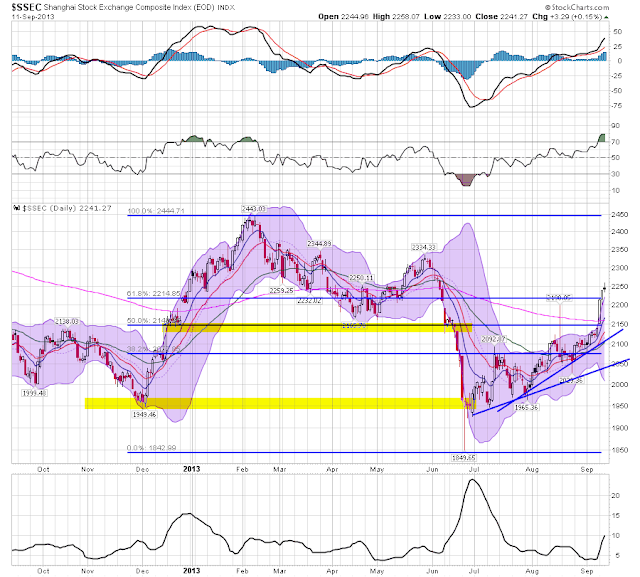 Starting in January we see the first leg down, moving from the 2450 to 2200 area, or a loss of about 2%.  Prices rebounded until the beginning of June when they dropped sharply, moving from 2300 to 1950, or a move of about 15%.  But since then, prices have been rebounding.  Several days ago they moved through the 200 day EMA on a strong candle print. 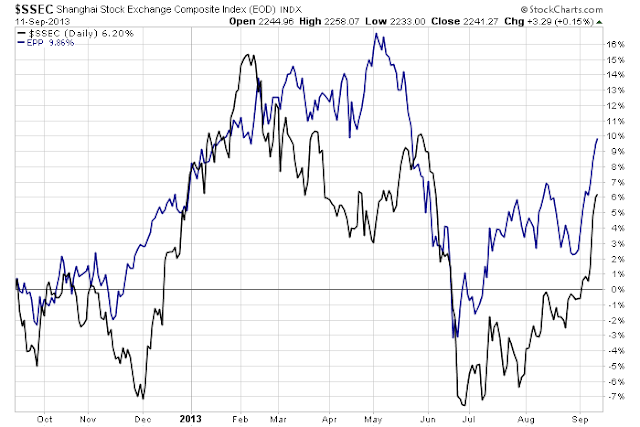 The chart about shows this is an important development for the Pacific region, ex-Japan.  Remember that most of SE Asia -- Hong Kong, South Korea, Taiwan, Singapore, Malaysia and others feed into the Chinese market in some manner.