Last weekend I re-read the 2013 outlook I posted in two parts back in January. That boiled down to (1) almost complete stagnation in the first half (2) followed by a rebound in the second. An astute commenter asked me last weekend if the rebound in some of the Weekly Indicators heralded that rebound. I think it does, and this morning's retail sales report for August (and especially the upward revision to July) adds some incremental evidence to that hypothesis. 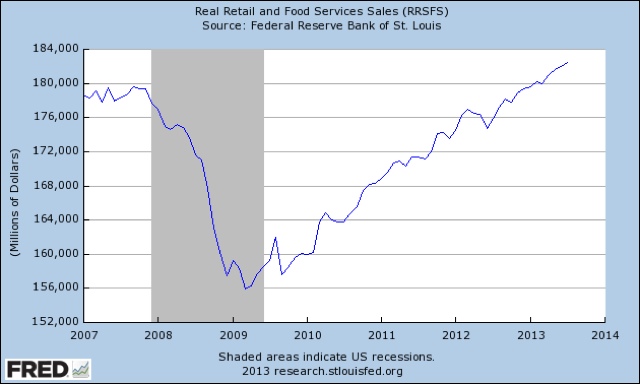 At the moment it looks like Washington will manage to avoid Debt Ceiling Debacle part Deux, and if that happens I see no reason why we won't have continued expansion through the rest of this year.
Posted by New Deal democrat at 11:30:00 AM