Should Industrial Production and Capacity Utilization Be Concerning Us? 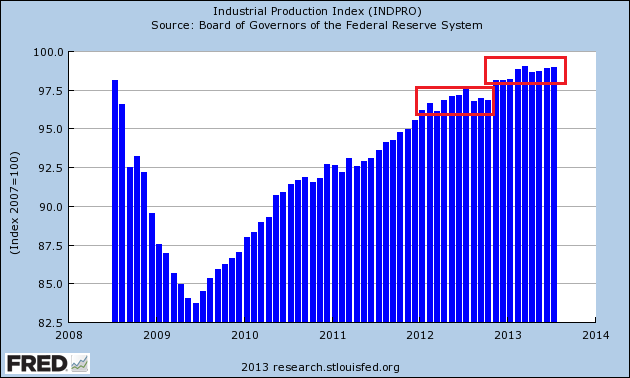 Industrial production has increased the last four months.  However, the last 9 readings of this metric have been closely bunched.  As opposed to seeing a strong, continued uptrend, there is far more static in the data series.  Compare the recent slope with that which occurred in late 2012.

Also consider that you can bunch the readings into two levels.  The overall level remained fairly static in 2012, jumped up to a slightly higher level in 2013 but then again printed readings around a certain level.

This metric does not seem to be making a lot of forward progress. 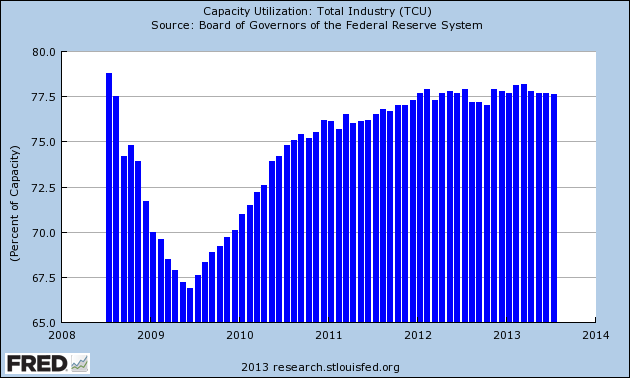 Capacity utilization has been printing around the 77.5 level for nearly two years.  At this point, we can say with a high degree of certainty that this measurement has stalled at this level.

And just to make matters a bit more dire, consider this chart: 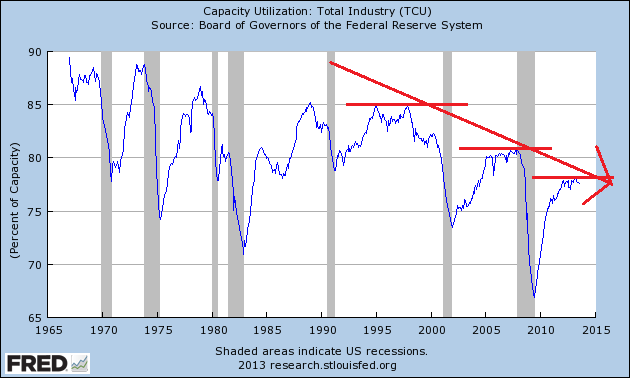 US capacity utilization has been peaking at lower and lower levels for the last twenty+ years.