The US drought of 2012, the worst since the Dust Bowl years of the 1930s, is finally releasing its grip on world agricultural markets.

Propitious growing conditions from Brazil to Ukraine and the US have raised hopes of a sharp rebound in world cereals stocks, easing inflation pressures and pushing food security down the policy agenda.


World corn, rice, soyabean and wheat production will break records this year, the US Department of Agriculture estimated this week. The International Grains Council in London expects grain inventories in critical exporters such as Argentina, Australia, Europe, Russia and the US to rise 40 per cent.

Let's take a look at some of the agricultural ETFs: 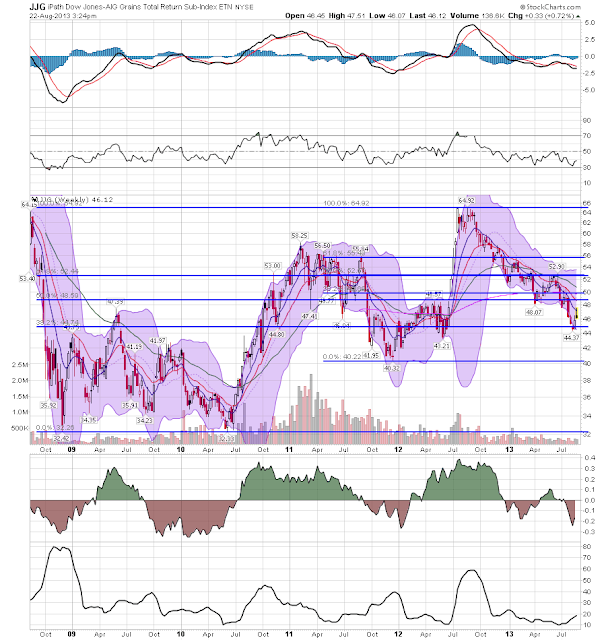 The weekly chart of the gains ETF shows that prices spiked in the late spring, rising to 64.92 as a high.  But since then, they have been trending downward in a slow, consistent selling channel.  Prices have lost about 32% so far.  We see weak momentum and volume flow along with a very bearish shorter EMA picture (all are moving lower with the shorter below the longer).  Finally, prices are now below the 200 day EMA, indicating a bull market.

While we're here, let's take a look at softs: 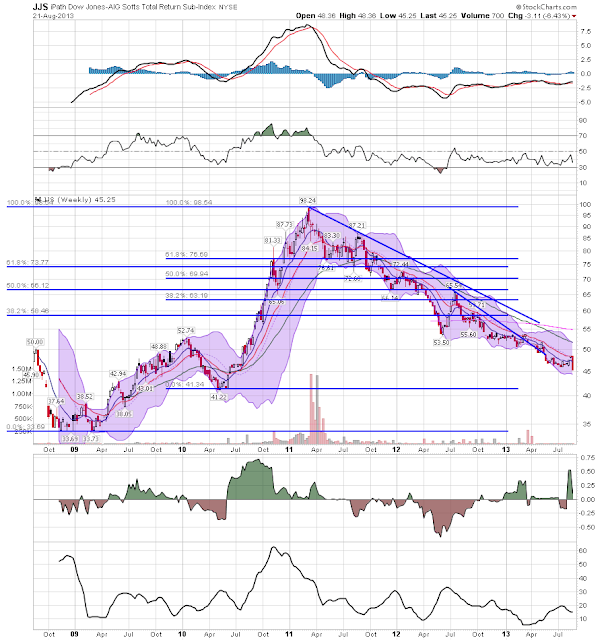 The softs market has been in a decline for over two years, falling over 50% during the period.