As you recall, I have been studying and tracking real average and median wages and income. Earlier this month, the quarterly report on Usual Weekly Wages showed a significant increase in the 2nd quarter. This has now been joined by the Employment Cost Index, part of this morning's GDP release.

Here's a graph of the median wages as measured by the Employment Cost Index, deflated by the CPI, through the second quarter: 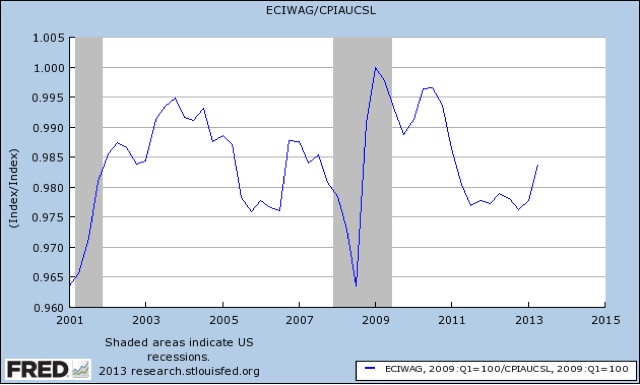 This past quarter saw a spike in the index. Real median wages are now positive YoY, and are at their highest level since the first quarter of 2011.

P.S. I haven't forgotten about following up with real median income. I hope to have an extensive post up on that next week.
Posted by New Deal democrat at 9:39:00 AM