This is by far the best news of the week.  With manufacturing slowing consumers will have to provide more economic activity to keep the economy moving forward.  This report indicates they're more than up to the task.  Equally impressive was the .3% increase ex-autos.

There is no way anyone can say that inflation is an issue or even a potential issue in the current environment.  However, bigger moves in a single month's print of an inflation statistics is something to keep your eye on going forward.

Industrial Production was unchanged: Industrial production was unchanged in May after having decreased 0.4 percent in April. In May, manufacturing production rose 0.1 percent after falling in each of the previous two months, and the output at mines increased 0.7 percent. The gains in manufacturing and mining were offset by a decrease of 1.8 percent in the output of utilities. At 98.7 percent of its 2007 average, total industrial production in May was 1.6 percent above its year-earlier level. The rate of capacity utilization for total industry edged down 0.1 percentage point to 77.6 percent, a rate 0.2 percentage point below its level of a year earlier and 2.6 percentage points below its long-run (1972–2012) average.

The good news is the print wasn't negative.  The bad news it the print was just barely good.  And the .1% overall increase in manufacturing -- especially on the heels of two straight contractions -- is pretty concerning.  It does appear that external events like the global slowdown and the sequester are starting to take a bigger bite out of manufacturing.

Let's turn to the charts. 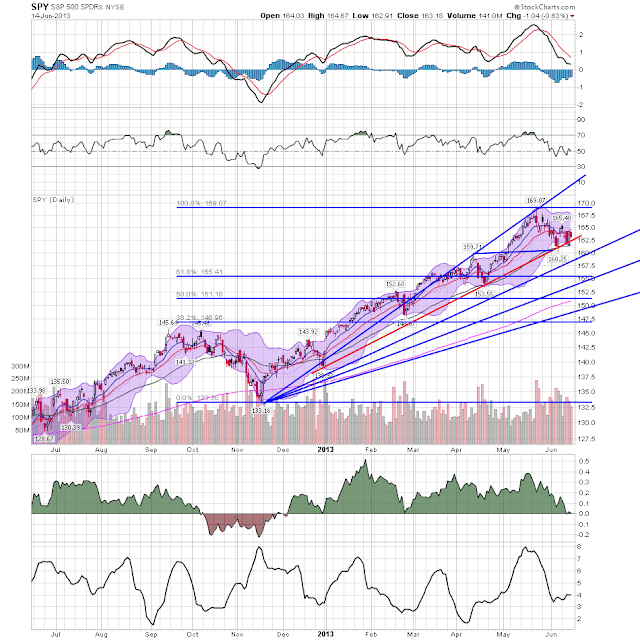 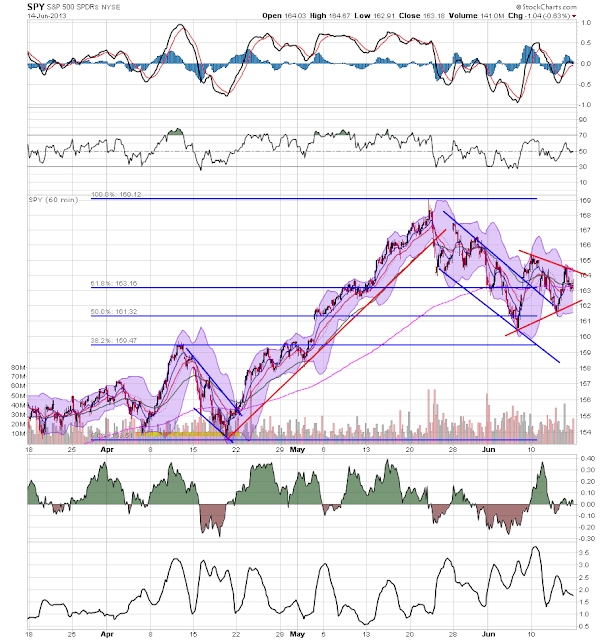 The daily chart (top chart) shows that prices are using the trend line connecting the early January and mid-April lows as technical support.  The high from early April in the 159-160 and 50 area is providing support as tell.  The technicals are bearish: the shorter EMAs are entangled with prices, while the MACD and CMF is declining.

The top chart is the 60 minute prices chart and shows that prices are consolidating in a triangle pattern. 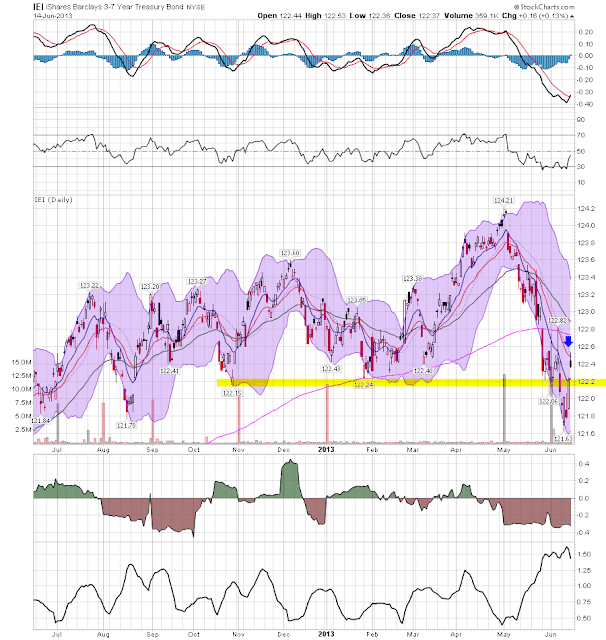 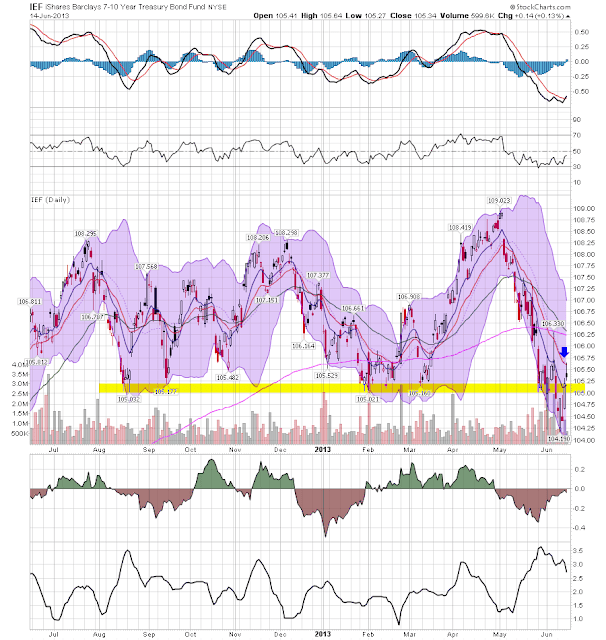 The big story in the bond market -- and all markets at large -- is when will the Fed start to taper off its bond buying program.  Last week, there was an emerging concensus it would be soon -- leading to the sell-off in the bond markets.  However, traders started to change their minds about that assessment, leading the bell of the treasury curve to rally above resistance.  As it stands right now, the IEIs still have support at 122 and the IEFs at 105. 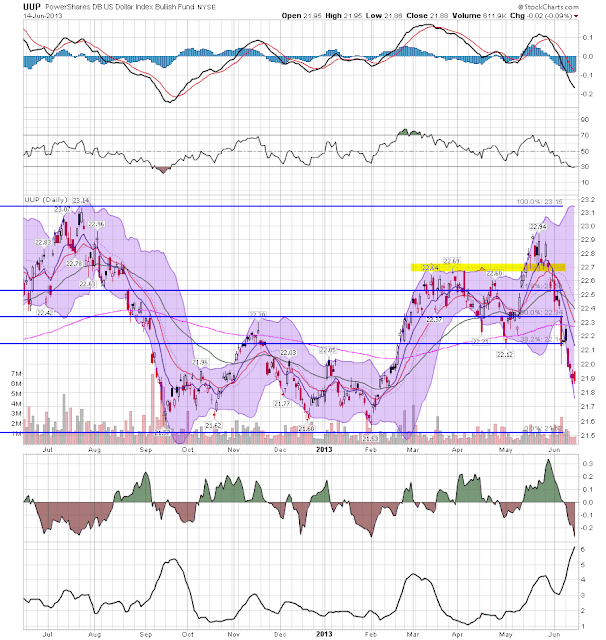 Market outlook for the week: slightly negative.  The dollar's drop indicates that traders are short-term bearish on the US, which is confirmed by Treasuries inability to make a sustained move below support.