With the second estimate of quarterly GDP comes the estimate of Gross Domestic Income. Theoretically GDI should be the mirror image of GDP, and usually it is believed over time that GDP estimates tend to be revised towards the original GDI figure. So even though it is a look in the rear view mirror - the first quarter of 2013 in this case, it has an important quality of confirmation or caution.

For the first quarter GDI confirms that the economy remained in expansion, being reported at +3.7% annualized, or 0.9% for the quarter: 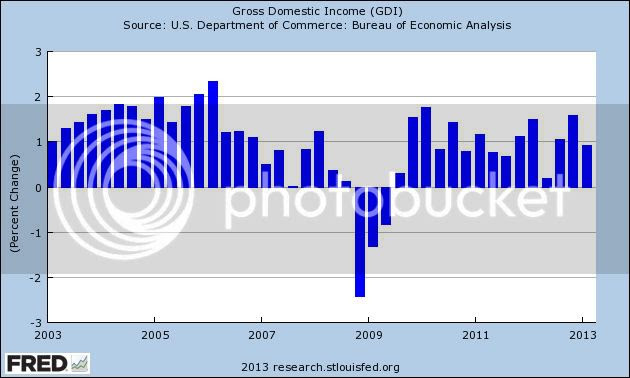 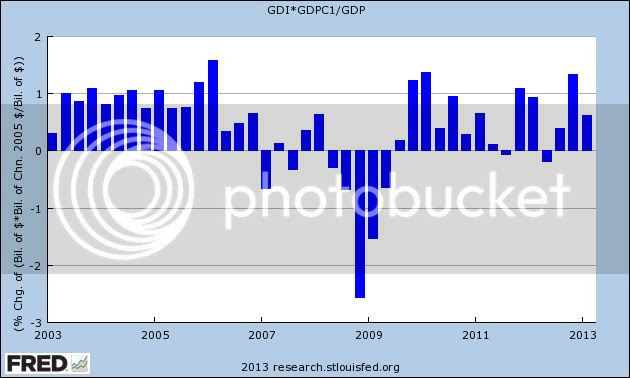 While there was definitely some softness in 2011 and a soft quarter in 2012' the certainly is no declining trend, as shown in this YoY graph: 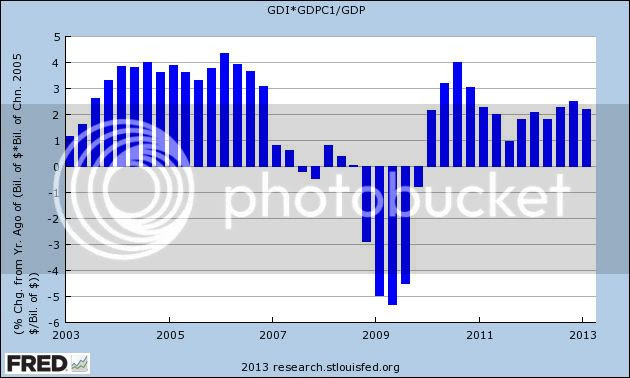 As I have said a number of times since the beginning of the year, left to its own devices, the economy wants to expand.
Posted by New Deal democrat at 1:00:00 PM