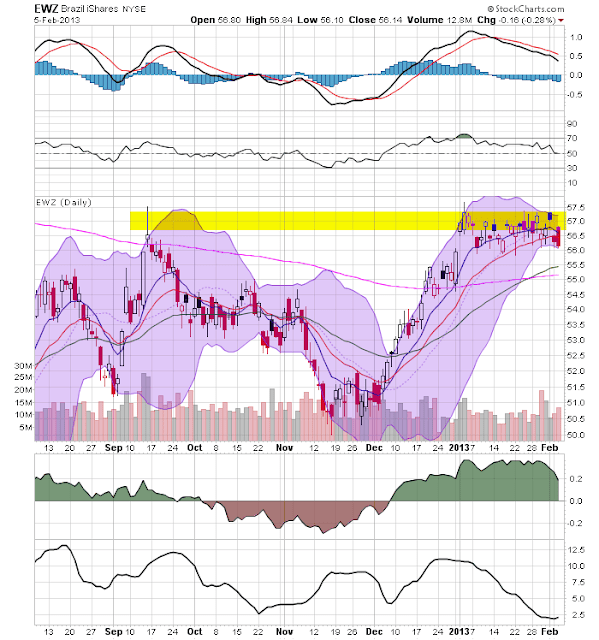 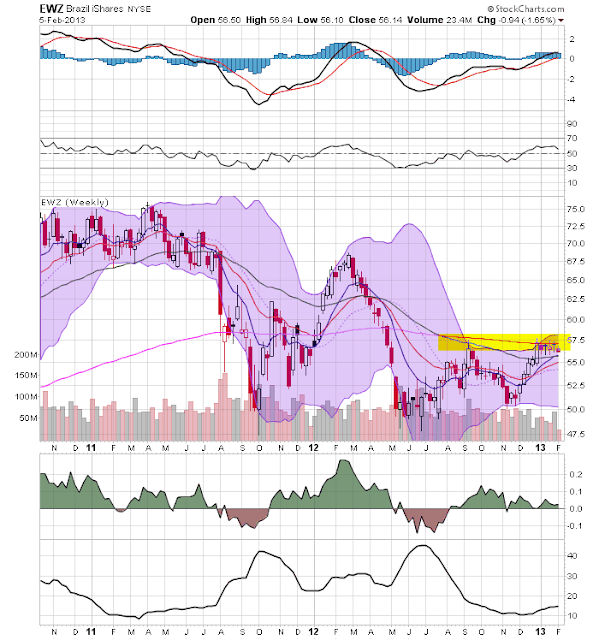 Earlier this week, we learned that the Brazilian inflation rate came in hotter than expected.  As a result, the Brazilian central bank's policy bind is deepening.  The Brazilian market is reflecting this problem.  Despite gapping higher at the beginning of the year, the daily chart has been moving sideways for the last month (top chart).  The declining MACD shows that momentum is slowing -- which can be a sign of consolidation.  Prices overall are trading in a very narrow range (roughly 1.5-2 points).  The weekly chart (bottom chart) places the movements in a broader perspective, with prices trapped by the 200 week EMA.  However, this chart does have a positive and rising MACD. 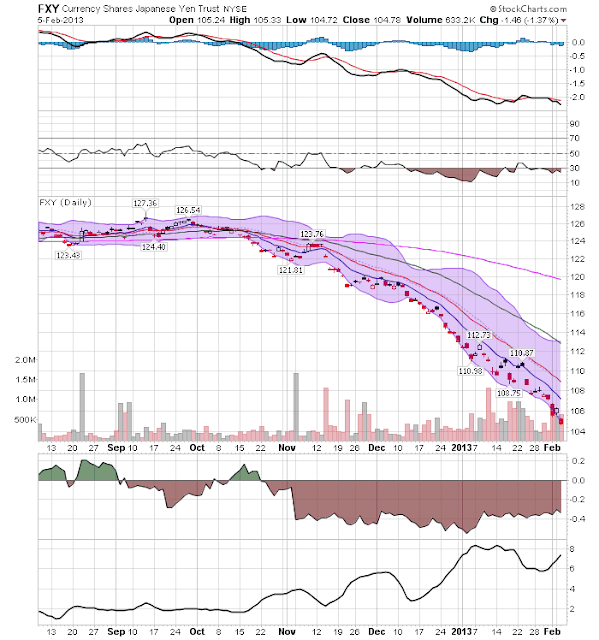 The Japanese yen continues to move lower.  Since the new Japanese government announced they would engage in more stimulus spending and accept a higher inflation target of 2%, the yen has dropped.  Since the yen's absolute high on the six month chart of 127.36 it has dropped almost 18%. 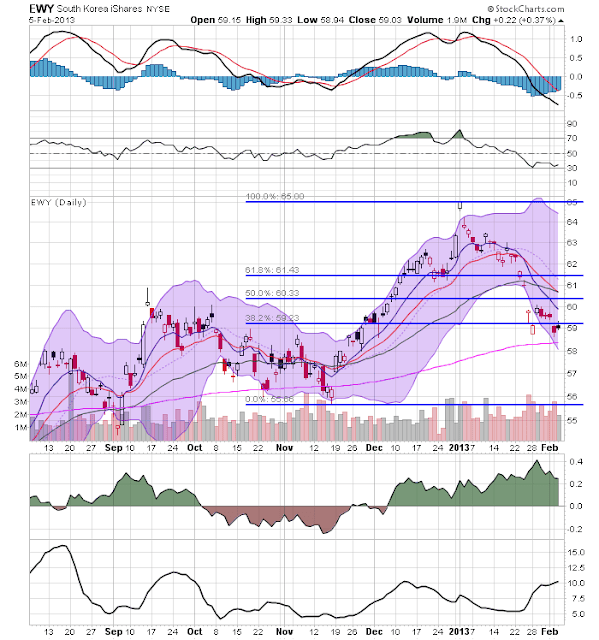 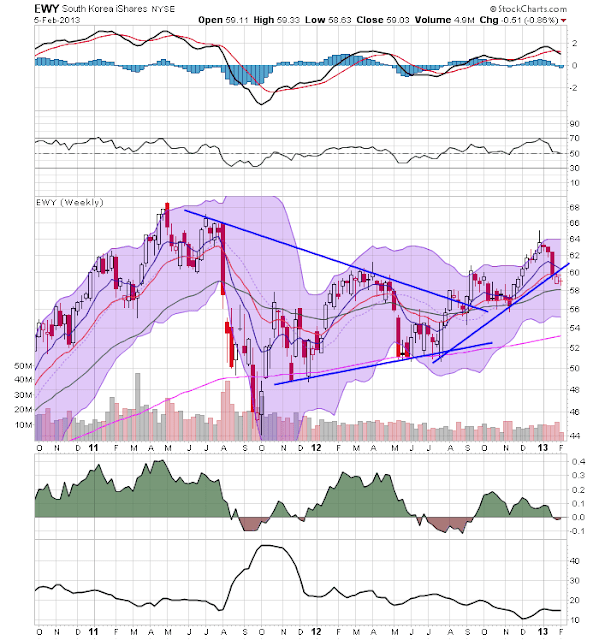 The South Korean market has taken a hit over the last month.  After spiking up at the beginning of the year to the 65 level, prices have continued to move lower, dropping about 10% to their current price of 59, right above the 200 day EMA.  However, the real technical damage becomes apparent on the weekly chart (bottom chart).  After breaking through the top side of a consolidation triangle in the late summer, the market was moving higher.  However, now prices have broken that trend line, with the next logical price target the 50 week EMA. 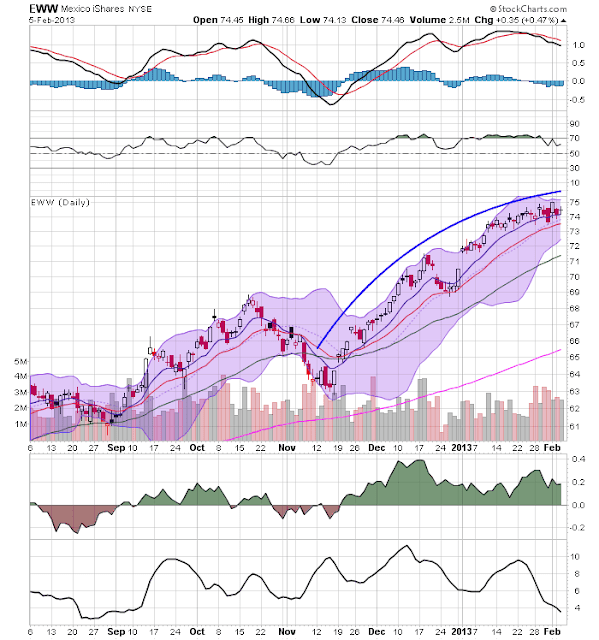 The Mexican market is still moving higher, but notice the trajectory is starting to wane.  This is confirmed by the declining MACD.
Posted by Unknown at 6:00:00 AM