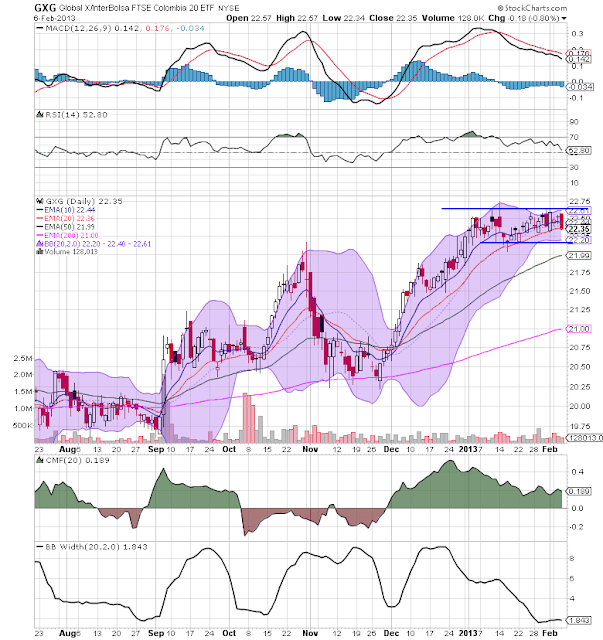 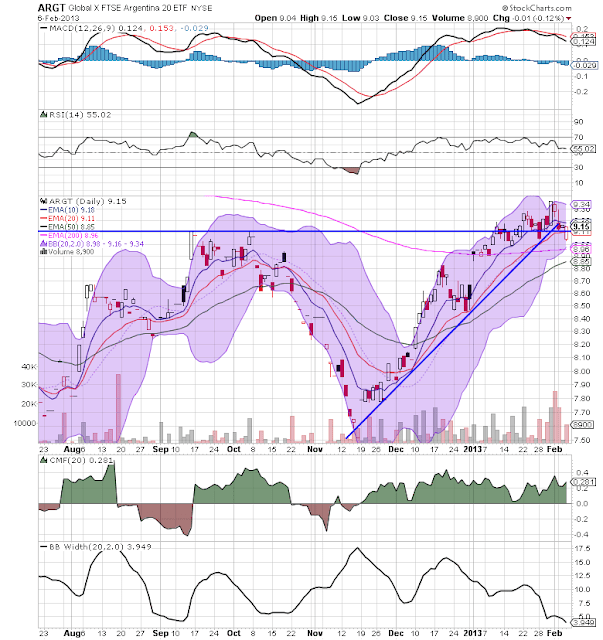 Yesterday, I noted the Mexican market is starting to lose momentum as prices move more and more sideways.  This trend is continuing throughout Latin America.  The Colombian market (top chart) has been trading in a tight trading range for the entire year.  While the EMAs have been moving generally higher, the shorter EMAs are starting to lose momentum.  Also note the downward trajectory of the MACD.  The Argentinean market (bottom chart) has broken the trend started in mid November and is now headed for the 200 day EMA.  Like the Colombian market, this market also has a declining MACD. 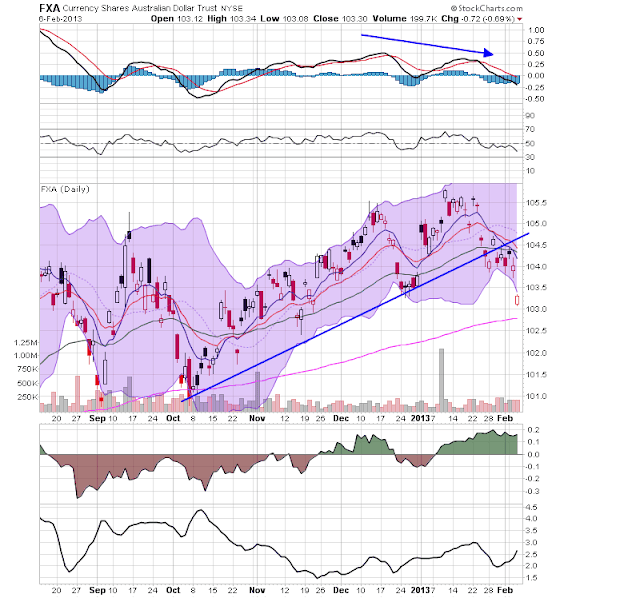 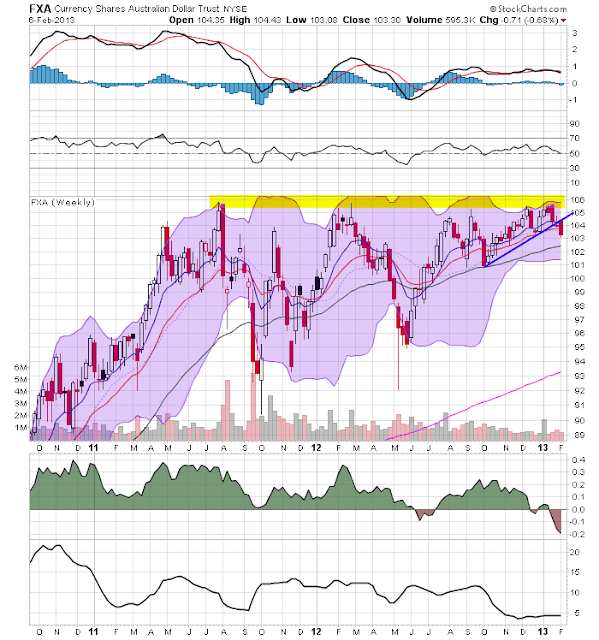 Recently, the Australian central bank kept their interest rate policy unchanged.  This exacerbated the downward trend of the Australian dollar.  On the daily chart (top chart) we see that prices have broken trend and are now headed for the 200 day EMA.  We also see a degradation of the EMA picture with the shorter EMAs crossing through the longer EMAs as prices pull all lower.  However, the real technical damage is on the weekly chart (lower chart) which shows that prices have attempted to breach the 105/106 level again, only to be rebuffed lower.  As a result, we see a decrease in the CMF. 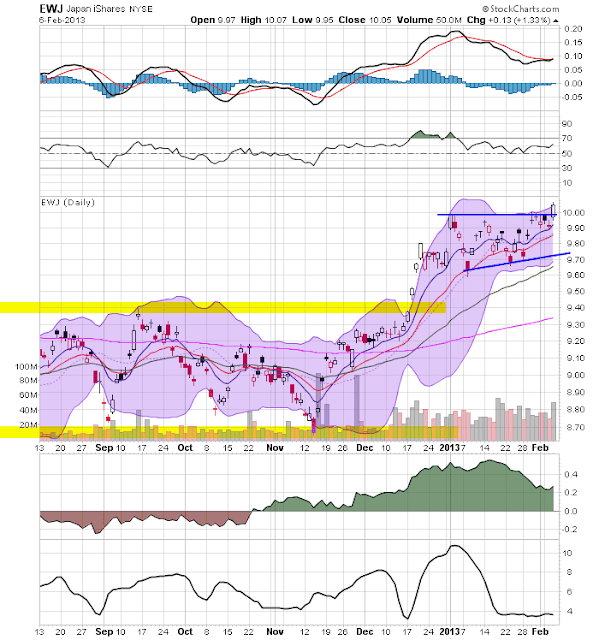 The Japanese ETF has been consolidating between the 9.7 and 10 price level for the month of January.  Yesterday, prices broke through upside resistance on a decent volume spike.  This was accompanied by the MACD printing a buy signal. 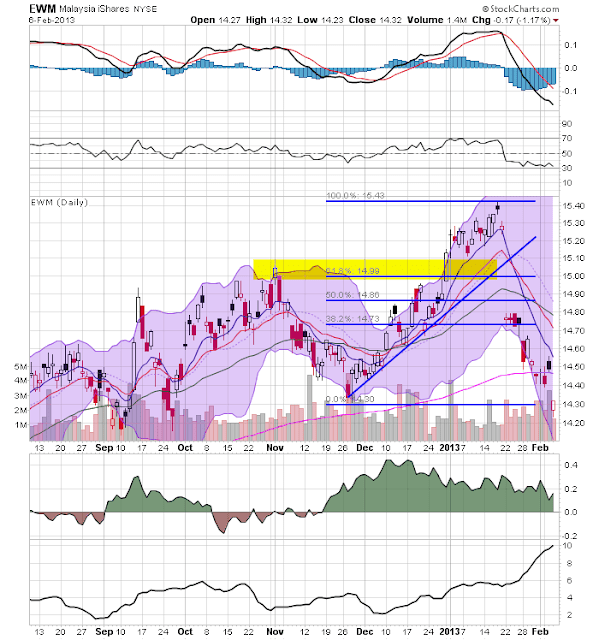 The Malaysian market continues its drop, which has been a little over 7% since peaking at the 15.4 level.  Prices are now below the 200 day EMA which will eventually pull the other EMAs lower as well.  Also note the increase spike in volatility as evidenced by the rising Bollinger Band width.