Why the "Currency War" Meme Is Useless

I'm not sure who first coined the phrase "currency war."  By my recollection, it was first used over the last four years by Brazil, as they started to complain about low US interest rates lowering the dollar's value.  This in turn raised the price of commodities, which hurt Brazil which is more dependent on commodity exports for growth.  Regardless, this term continues to be used by a variety of sources and people.  But while this is a great way to gain traction for your website, it's terrible analysis that is factually incorrect for a number of reasons.

First, the standard policy response to a recession from any central bank is to lower interest rates.  This is not with the intent to start a currency war; it occurs to stimulate the local economy.  And while this move may lead to a lower currency value, that is also an intended result of lowering rates, as a lower currency value makes the home country's goods more competitive on the world stage.

But more importantly, the US was not the only country to lower interest rates after the Great  Recession: in fact, interest rates from all around the world are at record low levels.

For example, the ECB has interest rates at .75%.  And yet, we see the following chart for the euro: 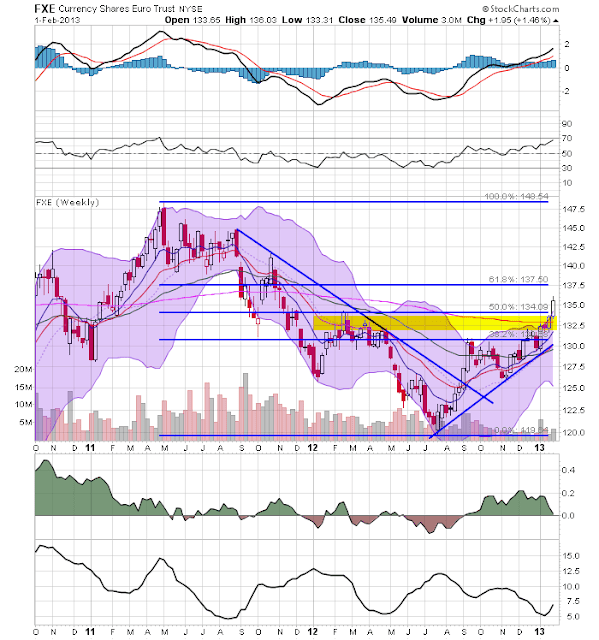 Yes, the euro was declining from mid-2011 to mid-2012.  However, it was during this time that the entire trading world though the EU was going to implode.  Talk of a "Grexit" were rampant.  Editorial writers fell over themselves trying to predict the EUs imminent collapse.  In other words, the macro-economic and political background against which traders make their bets was uniformly bearish.

But, starting at the end of last summer when the ECB chief said he would do whatever it takes to save the EU union, the euro has been rallying despite it still has a 75 basis point discount rate.  The reason for the rally is a general impression that the economic and political environment is healing.

And then there is Japan, who's interest rate has been at record lows since the Clinton While House.  Yet, the month chart of the yen for the last five years looks like this: 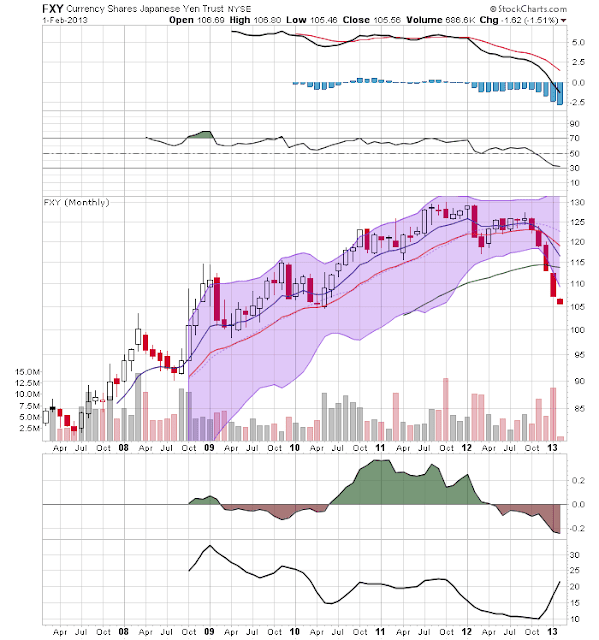 We see an overall rally that lasts nearly five years.  It was only after the new government started to talk about deliberately devaluing the yen, accepting a higher inflation target and passive a stimulus bill that traders started to sell the yen.

And then there is the dollar: 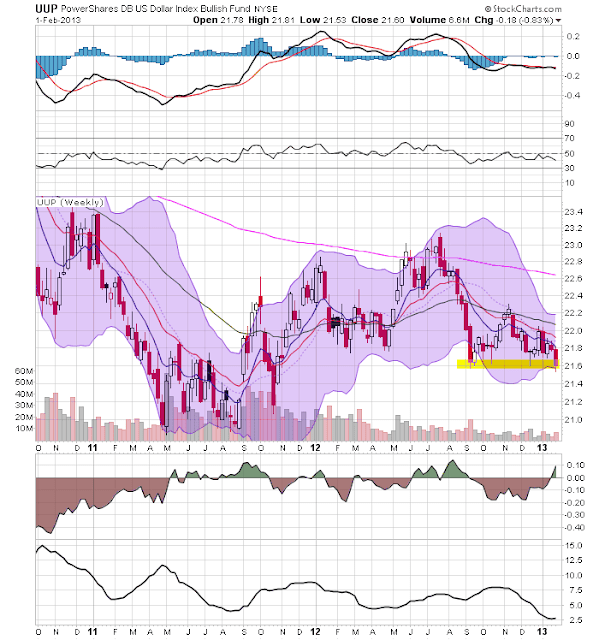 Despite having record low rates since the end of the Great Recession, the dollar rallied from mid-2011 to mid-2012.  And while the dollar has dropped since then, it's not at a record low as one would think in the current rate environment.

And then there's the British Pound.  Although the Bank of England has kept rates at low levels since the beginning of the expansion, the Pound has been trading in a range for two years: 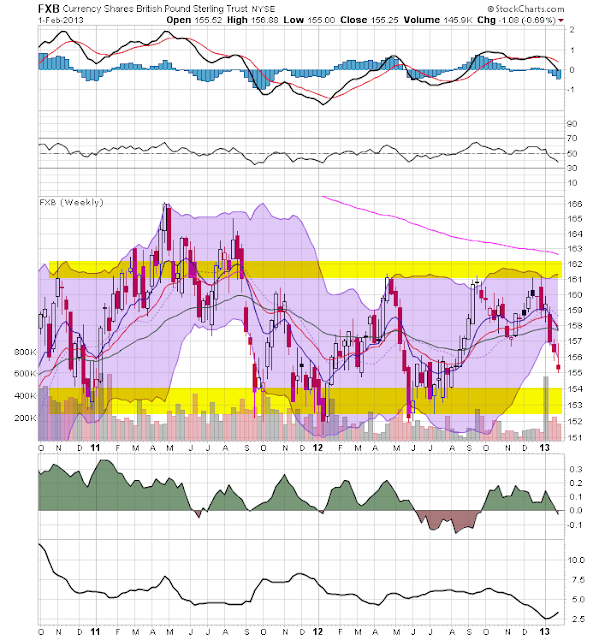 In times of economic hardship, central banks lower interest rates -- that's central banking 101.  If they didn't lower rates because of a fear of starting a currency war, there would be an uproar from traders and economists about their non-movement.  In short, the idea that there is a global currency war going on just doesn't play out in the charts.