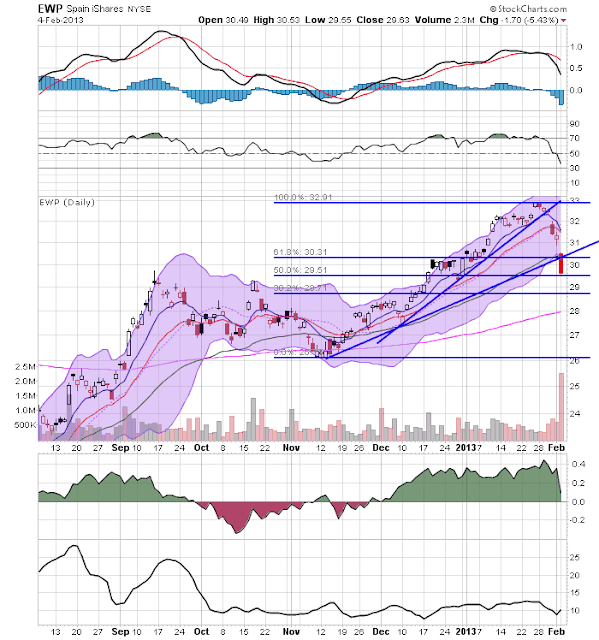 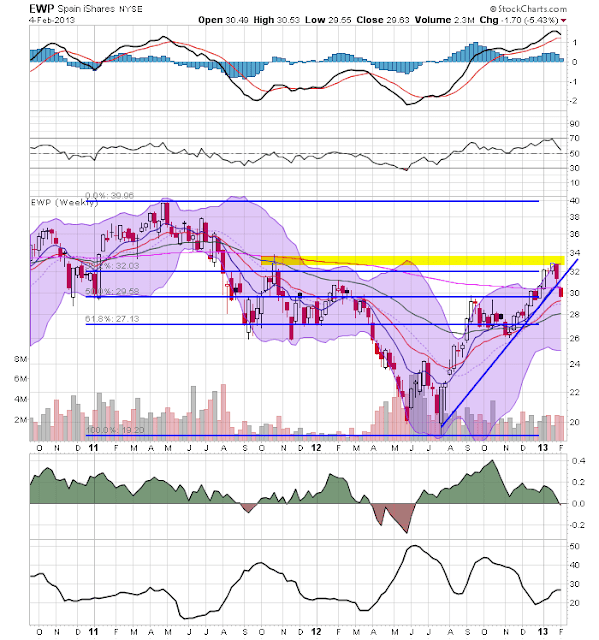 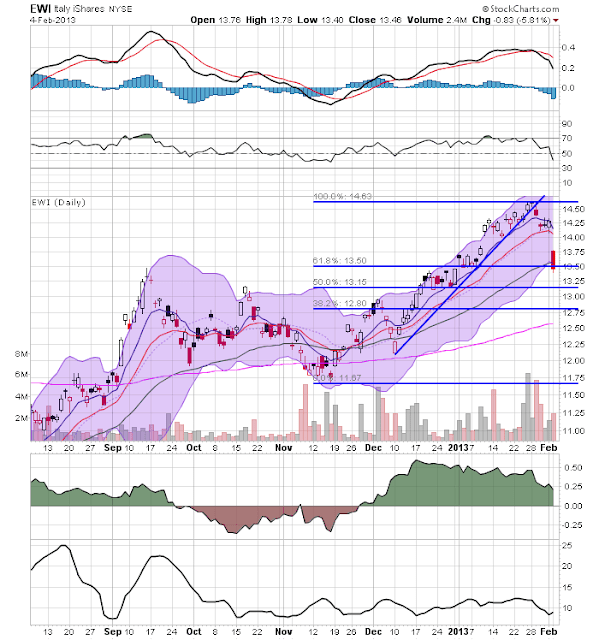 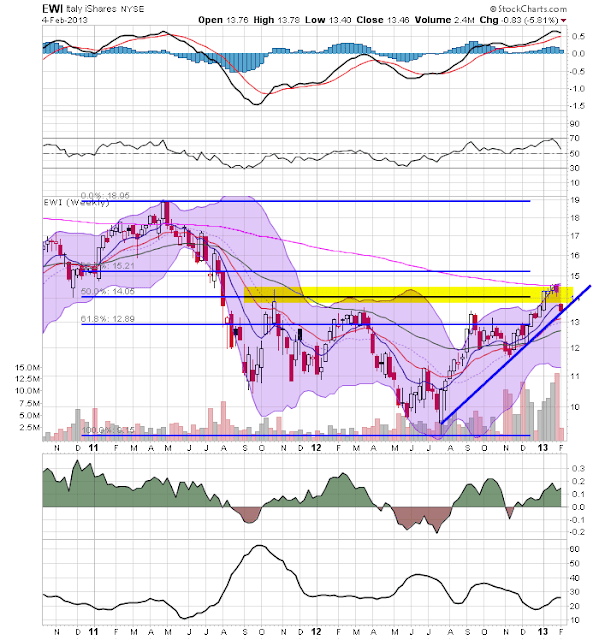 The big story yesterday was the equity market sell off in Europe caused by political scandal in Spain (top two charts) and an upcoming election in Italy (bottom two charts).  The Spanish market's daily chart (top chart) shows that prices have dropped about  10% over the last few days.  PRices have fallen through all the shorter EMAs and the 10 day EMA is about to move through the 20.  Also note that technically, prices are already at the 50% Fib level -- a very strong technical shellacking.  On the Spanish weekly chart (second from top) prices have already broken the trend established in July of last year.

The Italian market charts (bottom two charts) have similar technical profiles, albeit a bit less several in their implications.  The daily chart (second from bottom) has only sold off to the 38.2% Fib level while the weekly chart shill has its long-term trend intact, albeit barely. 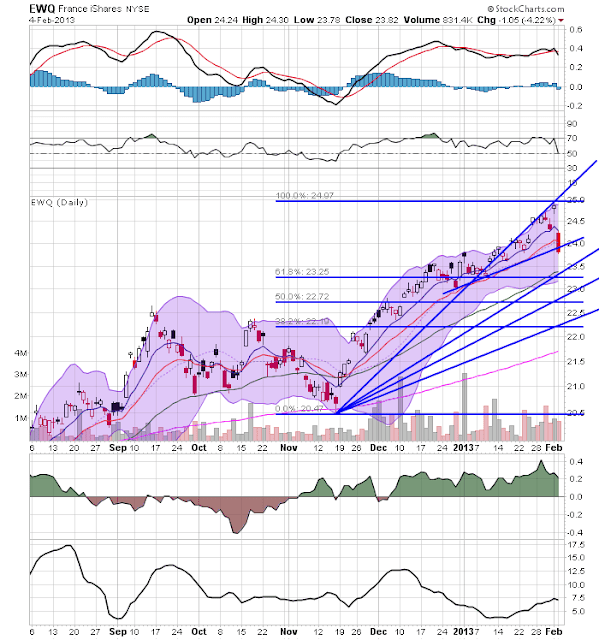 The sell-off also hit the French market, shich dropped over 3%, breaking a short, month-long trend.  The market is now in retreat, with the next logical target being the 61.2% Fib lever or the top Fib fan level. 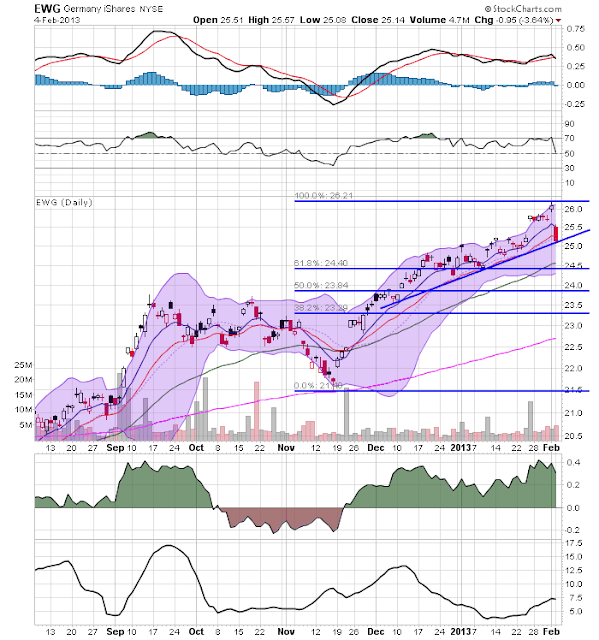 Finally, there is the German market, which sold off right to technical support.