Morning Market Analysis; Are We Really Breaking Out? 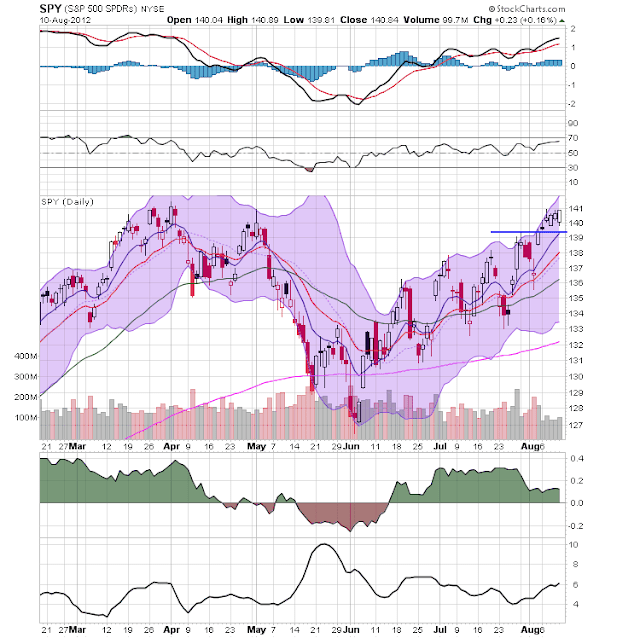 Prices have moved through resistance at the 130 level and advanced a few more points.  We see a rising EMA picture, money flowing into the market and a rising MACD.  Prices are currently at/near 6 month highs. 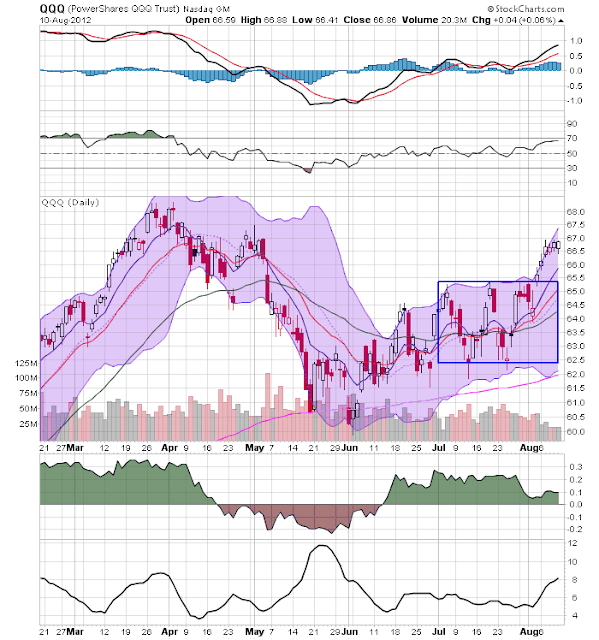 The analysis for the SPYs transfers over to the QQQs, except the QQQs aren't near 6 month highs. 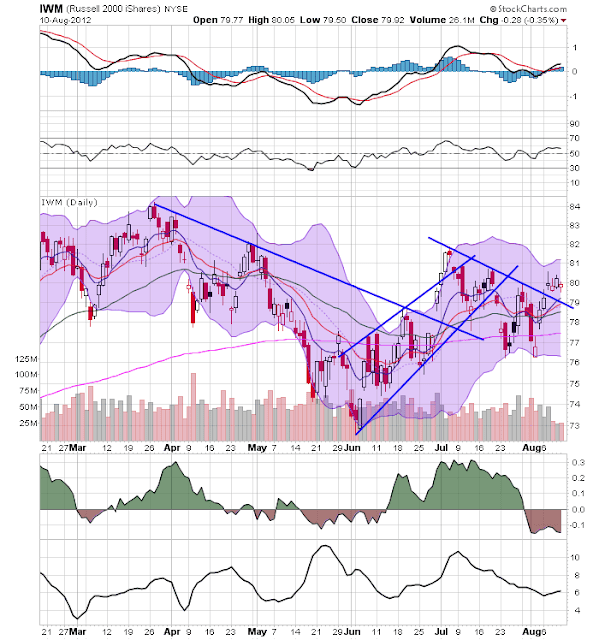 The IWMS are flashing a warning. First, while the QQQs and SPYs have rallied, the IWMS have traded in a sideways pattern.  In addition, while prices have moved beyond resistance, we're not seeing a continuation of the rally.  Put another way, the IWMs aren't confirming the QQQs and SPYs move higher.  This is concerning as the IWMs represent risk capital and they should be moving higher first if traders are banking on a recovering economy. 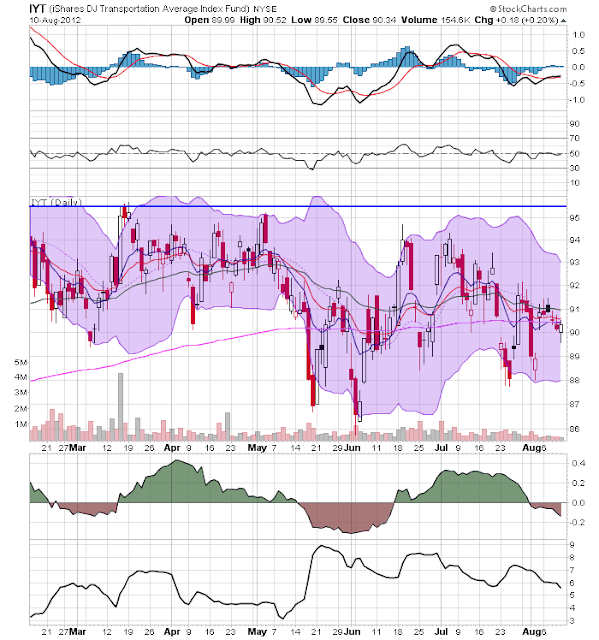 The transports are flashing a BIG warning sign.  Rather than rallying in conjunction with the other markets, they are moving lower and are having a difficult time getting beyond the 200 day EMA.  Also note the weak MACD and negative CMF reading.  These are not good developments for an overall analysis of a rallying market.

And while the treasury market is selling off, the corporate market is not giving a strong sell signal.  Consider the following charts: 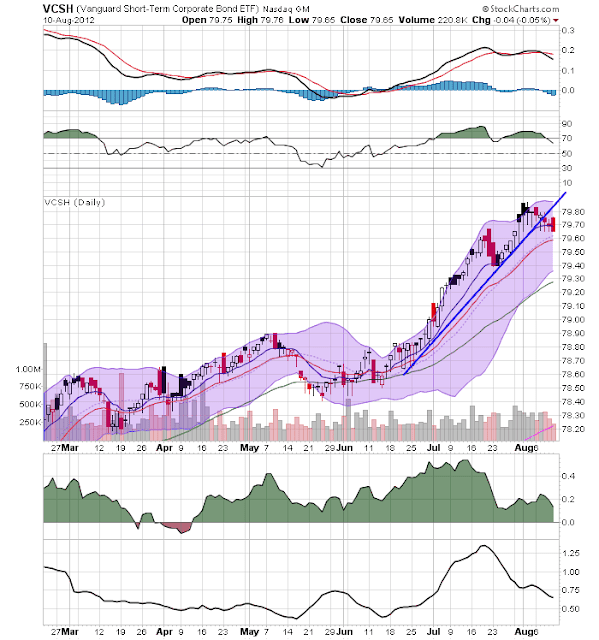 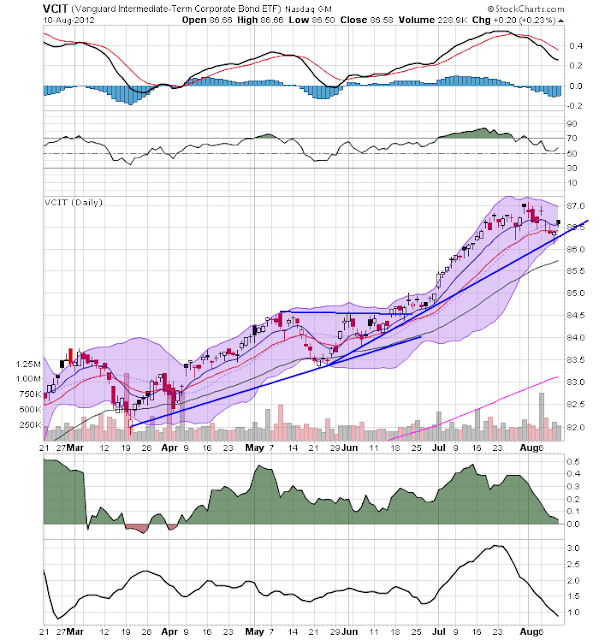 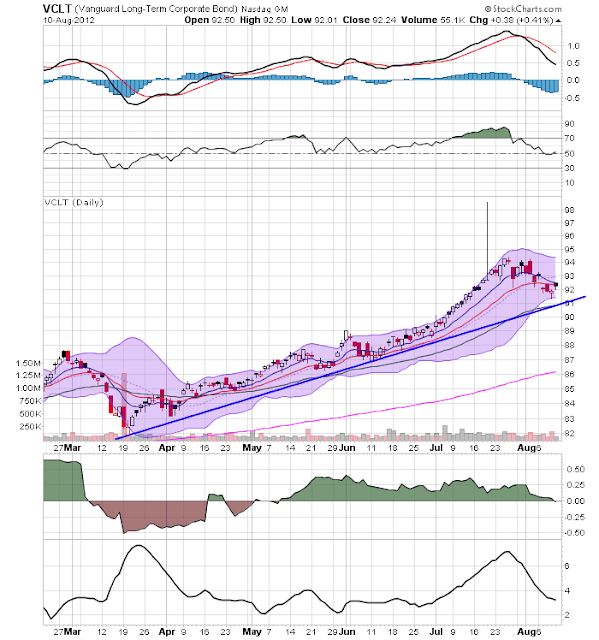 The corporate market is selling off, but not to a sharp degree.  The top chart -- which shows the shorter end of the corporate market -- has broken trend.  And the MACD has moved sideways for a few weeks and has also given a sell signal.  But prices are still at the 10 day EMA. so there is still a ways to go.  The intermediate part of the corporate curve (the middle chart) has two trend lines.  While prices are near the first, there is still the second.  And the long end of the market (bottom chart) still has support to move through as well.  All of these charts do have negative MACD readings, indicating momentum is dropping.  And we also see decreased volume flow.  But, while we are seeing some downward trends in the corporate market, they are only a few weeks old.  Ideally we need for prices to break trend before making a call that money is flowing out of the market.